Don’t Know Much About Pop Music 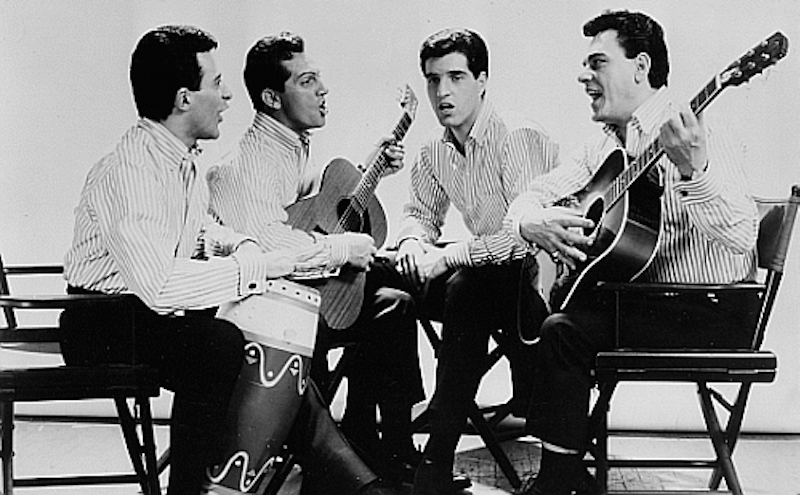 It could be that The New Yorker’s excellent film critic Anthony Lane’s (and the first writer I flip to in the magazine, relieved that he’s there biweekly instead of the dreadful David Denby) cultural acumen doesn’t extend to pop music. How else to explain, in his June 30th review of Jersey Boys, Lane’s affection for Frankie Valli’s wretched “My Eyes Adored You” and the even worse “Can’t Take My Eyes Off You”? Those two songs, big Vegas-style solo hits for Valli, were an embarrassment, utter garbage that targeted the “Silent Majority” demographic after the Four Seasons’ original members were waylaid not long after the British Invasion, amidst the usual combination of personal problems, clashing egos and, in the Seasons’ case, getting into hock with the New Jersey mob. The Seasons had a spectacular run in the early-mid 1960s, with delightful chartbusters like “Walk Like A Man,” “Dawn,” “Rag Doll, “Big Girls Don’t Cry” and “Let’s Hang on” before, perhaps unintentionally, abandoning the youth market.

Lane’s review of Clint Eastwood’s film, adapted from the acclaimed Broadway show of the same name, conforms with the general consensus that the meandering (and long) Jersey Boys is somewhat of a mess: odd flashbacks, confusing chronology, several indifferent performances by the actors and the virtual disappearance of key characters. (About 75 minutes in, I stepped outside to check a baseball score, and returning two minutes later, we were in a different era.) I never saw Jersey Boys on stage, so was able to skip comparisons and enjoy the fractured biopic, as it brought back memories of when my four brothers and I would sing (terribly) “Sherry” or “Dawn” while raking the leaves or just hacking around. The five of us even recorded ourselves on a reel-to-reel belting out “Walk Like a Man,” with yours truly, as a pre-teen, taking the falsetto notes, although my brother Doug, a hambone through and through, attempted to steal the show.

A far superior review by Kurt Loder—and in fairness to Lane, Loder’s expertise is in both music and film—appeared on Reason’s website last week and he got the story of The Four Seasons just right. Whereas Lane either ignores or isn’t familiar with the group’s milieu—he’s British and was born in 1962—Loder’s conclusion is all you really need to know: “The Four Seasons weren’t a ‘rock band,’ exactly—not in the way that might be meant today. Their style derived from the fading doo-wop tradition. But they made great records, and they’re an enduring emblem of hit-factory rock era. Eastwood’s movie… would be better if it rocked a little bit itself. But it never does.”

So maybe Lane was off his game. I do think The New Yorker will soon convert, like New York, to a biweekly schedule—watch for the announcement the last week of December this year—but I hold out hope the legendary publication doesn’t go the way of the Four Seasons.