Love as a Gateway Drug 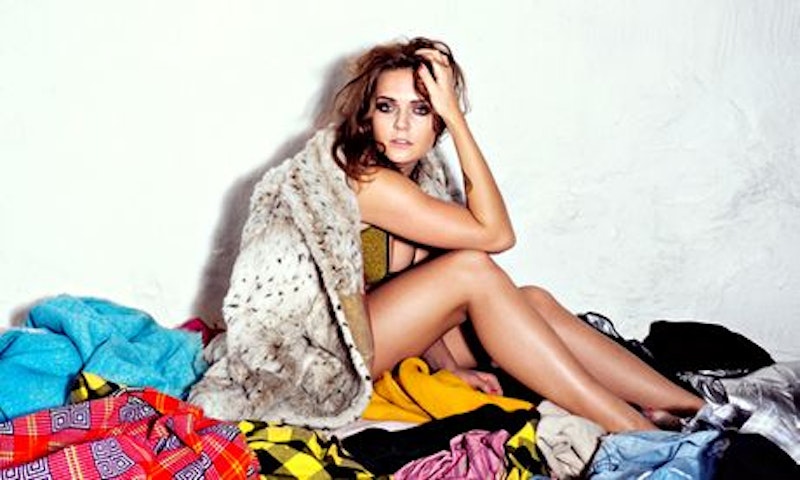 The big news out of Sweden recently is new releases from established stars like Lykke Li and Robyn. But a younger, lesser-known group of Swedes has also put out interesting music this year: Tove Lo dropped the Truth Serum EP in April, and another singer, Erik Hassle, released the Somebody’s Party EP back in March. Both these artists draw inspiration from shattered relationships, finding that the only way they can sort out the wreckage is with frank lyrics and soaring hooks.

Pop music frequently explores the link between romance and drugs, and this is where Truth Serum begins. On the first track, “Not On Drugs,” Lo is blissfully high on love, “up with the kites.” Massive synthesizers and slamming drums enter the song to drive home her ecstatic feelings as she hollers, “I’m not on drugs, I’m just in love.” “Paradise” also tries to convey the initial all-consuming excitement of romance in its double-time beat.

Love acts as a gateway drug too—when her relationship goes south, Lo needs other substances to keep her going. After the initial burst of happiness, Truth Serum is all about weathering the fallout. On “Over,” she gets drunk to dump her boyfriend, struggling with the consequences of what she’s about to do. “Out of Mind” uses a clever lyrical inversion worthy of a country song: “You’re outta your mind to think that I could keep you outta mine.” These songs scale up from low, sparsely supported verses to shouted choruses.

“I feel like there's always that perfect pop girl,” Lo told Noisey, “And I thought well, there's tons of us who've made a mistake and we need to admit to that too… I'm admitting to what I did… I can't have any filters.” “Habits” has the fewest filters here, and it makes the strongest statement. Lo begins, “I eat my dinner in my bathtub/then I go to sex clubs …come home I got the munchies binging on the twinkies/throw-up in the tub, then I go to sleep.” When the cathartic hook comes, supported by backing vocals and strings—“I gotta stay high, all the time, to keep you off my mind”—she’s come full circle. She started out high, living in love; she stays high to exist out of it.

Hassle exists in a world similar to Lo’s. Describing his mission to Pigeons and Planes, he suggested that his songs “cover the start of a relationship, the relationship as it goes on, the end of the relationship, the verge of a new relationship and the time in between. They are mostly dark…” While Lo works more with electronic-pop sphere, Hassle incorporates R&B and hip-hop on Somebody’s Party. (“I have always been a big soul fan,” he noted in that same interview.) His percussion draws on the thin streams of high-hats popular in contemporary rap production, and he collaborates with the rapper Vic Mensa and the R&B singer Tinashe.

Although their work betrays different influences, both Hassle and Lo like to build songs in the same way, moving from slow and low to heart-pounding and high. On “Talk About It,” Hassle acknowledges the distance between him and a partner, but cleverly makes it appear like a strength. “I don’t want to talk about it, no!/then nothing would be beautiful between us.” It’s a defeated sentiment that he wraps around himself like armor and releases as a chest-beating shout. “Ready For You” starts in a pleading falsetto, “since that night you walked out the door, must remember to sleep, must remember to eat.” Of course, no one else understands his trouble—“all these smiling faces, don’t know how to shut up.” As Ja Rule once put it, pain is love.

Hassle’s angry and hurt, but hasn’t yet reached for substances to numb his feelings. For “What Is He Like,” which has the grandeur of an 1980s ballad, the singer is in denial:  “Wait, what? You can’t say it’s over.” The title track starts out happily, with promises of forever, then things change: “now you're talking to me like a stranger… it's like you fuckin' can't remember.” Hassle can’t forget, and neither can Lo.