Walking on an Anthracite Moon 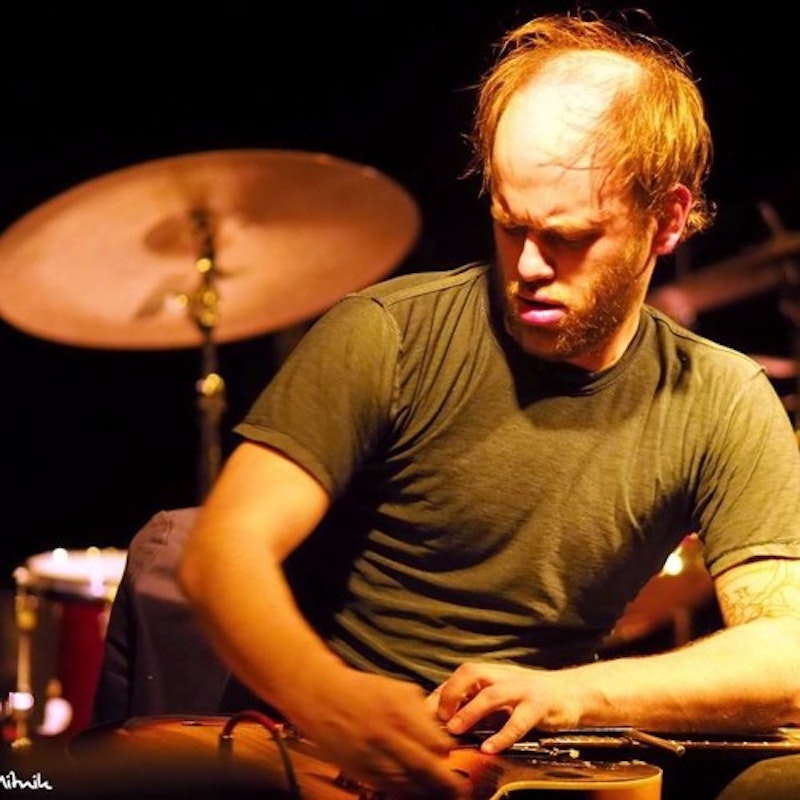 Football was king on Friday nights in Mount Carmel, Pennsylvania. The crowds cheered on the Red Tornadoes, the school hosted a dance and the cops waited on the sidelines, eager to bust any underage drinkers.

“So, I started setting up parties in the woods early on Saturday morning,” Zach Darrup said. “That way we could get up, go out in the woods, drink and get home.”

The bush parties—named as such because the beer was stashed ahead of time in a bush—took place off Snake Road, a sinuous two-laner that eventually hit PA-61, just south of smoldering Centralia with its ever-burning underground mine fire and small but stubborn population.

Or they’d meet at The Crater, a moon-like stripping pit where someone careless enough could slide too far down its steep slope, past the point of rescue.

“Walking in the woods, miles back, we’d find these giant holes. I’ve never heard any explanation for them,” he said. “It might be wise to stay on the path out there.”

Or at Mother Rock, where the craggy climb offered a clear view of Mount Carmel, as well as respite from the cat-and-mouse game with the law down below, who, unable to reach Mother Rock by squad cars or ATVs, had no choice but to wait at the edge of the woods until the juvies ventured back, emerging from the woods on makeshift paths.

“These little paths that would take you to some nice place—I kind of always need that, to have my places to go,” Darrup said.

When Darrup plays with Bennett, they play as Durian Brow, a smeared faceless, nameless excursion into the bleeding intangibility of sound through Carl Stalling-esque landscapes of canvas-skin and string-stretching hyper-countermoves and pawn sacrifices, drum frames and fricative squeal.

Other site-unknown variations among this small but turbulent whirlpool of improvisers may or may not have occurred.

Self-taught on the guitar—though he admits, “I don’t know what I’ve taught myself. That’s not for me to say”—Darrup uses spacing and cluster to start and stop, scrape and lift, ascend or descend pliable tones and circuitous scales into subdivisions right or left in any direction toward an altitude of untraceable dislocation and a sense of spatial disorientation.

He improvises on electric guitar, but that’s not quite the right way of putting it. Musical improvisation as a descriptor brings with it whiffs of recitalism and grant-funding, a particular sound in mind that might suggest a cemented idiom of non-idiomatic expectations.

Darrup improvises, but he also brings, in addition to a variety of objects, some recklessness to the instrument, bursts of strangled and frayed expressions, where grounding buzz, feedback fragments, strained harmonics are spirit-filled forces to squeeze into the curvature of whammy bar whizz. These expressive bursts are well sniffed out in The Nose, a guitar duo with Matt Tomlinson, as well as Slack, Darrup’s exploratory almost-no-rock trio with Zane Kanevsky on electronics and Lance Simmons on percussion.

He improvises on the guitar, but that’s not quite the right way of putting it. Sometimes there’s no guitar. Every morning, Darrup chronicles a perpetual sound log that incorporates personal dimensions based on verbal communication.

“It started out as just walking over to the desk and saying some things, first thing in the morning. Could’ve been about what I had to do that day or anything at all. Just to see what that would be, or if it would change, you know, if maybe I would get tired of waking up and talking about what I would have to do or not. I liked the idea of there being hours of that shit around,” he said.

Then he started folding other voices into the mix.

“I have a flip phone. And once there are, like, 12 messages, your mailbox is full. So instead of deleting those, I recorded them. Well, I recorded them first before I deleted them. So, I would take a couple of them when they were stacking up, and then I’d just plug them in, and then I’d usually say something about that too.”

One of those voices was Darrup’s father, who had started leaving once-a-day Bible verses and life-affirming quotes in his son’s voicemail box. Unwittingly, both father and son had committed to daily routines, and Darrup brought them together into a call-and-response audio collage.

“It’s going to be nice, you know, to find these tapes down the road and be like, ‘Wow, here’s these tapes of these messages my dad used to leave me.’”

In his teeth-cutting days in Mount Carmel, deep in the coal region where the boilo flows and the soupies hang, Darrup’s first practice space was haunted. Doors locked themselves. Objects flew around. Sometimes, while sitting there alone, he recalled, “a can would just whip across the room.” He, as well as the other musicians who shared the space, used to leave a recorder going through the night, in order to capture the outer-limits occurrences on tape.

In town, while the jocks idled their hours at Showcase billiards, Darrup loitered a block away on Oak Street, at The Rat Hole, a dive reserved strictly “for the freaks,” he said. Despite getting busted multiple times, he hung out at The Rat Hole regularly, fascinated by its colorful clientele, such as Cat Man, who Darrup described as “a real life Fonzie, but extreme, dirty and wild.”

Further up Oak Street at M.C. Coney, a man named Pepper—because he put pepper in his coffee—lit cigarette after cigarette for what seemed like an eternity. Curious, Darrup set up shop one day at a nearby table and watched Pepper burn down one cigarette, then light a new one with the butt’s ember, over and over again, for eight hours straight.

Reflecting on Mount Carmel, “In the past year or so, I’ve been thinking about what all that was,” he said. “When I travel there, it’s pretty wild for me. It’s like walking on the moon.”