On eight of the city's craziest rock milestones. 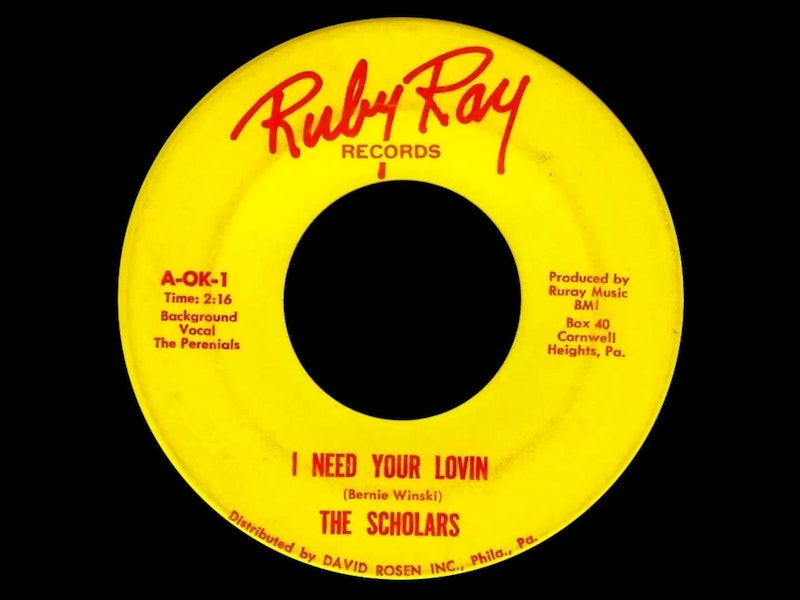 The punk rock heritage of 1960s Philadelphia is colossal. The stress of life in an oversaturated artery of the East Coast, the ever-present influence of pop music's British Invasion, and reliable teenage boredom gave life to the harsher side of Philly's music scene. Here are eight of the city's craziest aggro rock milestones:

—Changing Tymes—"You Make It Hard" b/w "Try A Whole Lot Harder" (R.D. Records, 1966). This savage chunk of discontent is a great introduction to Philly's sonic brutality. The Changing Tymes served up a deadly sound on the genre's medium of choice: the double sided 45 rpm 7". Hell-spawned fuzz distortion, Neanderthal drum assault, and pissed-off vocals that ooze with frustration are all here. This futuristic lyrical jab from "Try..." reads like a harsh criticism of today's cold electronic (anti-) socializing: "Your love's a GHOST... it's just never seen, you gotta try a whole lot harder!"

—The Nazz—"Wildwood Blues" (from their self-titled debut album on SGC, 1968). You can't talk about the independent music of Philly's pre-disco days without mentioning The Nazz. This was prog-pop legend Todd Rundgren's first nationally-known band, and they were one of the few American bands to successfully emulate the UK mod rock sound of the early Who, Small Faces, Creation, etc. The Nazz pushed the noise level much harder than their Anglo inspirations dared to on the LP cut "Wildwood Blues," an anti-tourist rant for those who like their punk spiked with greasy 50's R&B.

—Sands Of Time—"Come Back Little Girl" b/w "When She Crys For Me" (Stearly, 1967). Created by a Kensington (north Philly) band, both sides of this record burn with razor sharp sheets of trebly guitar that nearly annihilate the growling vocalist. The B-side here is especially evil. With jarring angular fuzz blasts, and obsessive lyrics, the tense atmosphere of "When She Crys For Me" reminds us that the people who wrote a lot of these harsh 60s punk songs had nothing to do with a peace loving counter-culture. These were regular immature kids using music to process the micro-traumas of young adulthood with all the subtlety of a bull in china shop.

On the other hand there's a good chance that this crew might’ve been shaggy hippies. Philly-based label Open Records issued The Myst's only known 45 in 1969 with a B-side that featured the fuzz 'n' wah sludge-a-thon "I'm Crying." While the track does maintain the creeping tempo so popular among heavy stoner rock acts like Cream and Black Sabbath, the noise laden-performance here is more akin to the work of The Stooges, MC5, Blue Cheer, early Melvins, etc. This is painful terrifying grunge-punk (the song was most recently re-issued on the Psychedelic Unknowns Vol. 4 compilation).

—The Scholars—"I Need Your Lovin" (Ruby Ray, 1967). Now we head to the land of mixers, off-campus keggers, and all-night frat blowouts. Predicting the nervous intensity of X-Ray Spex by a decade, and brandishing a sax blasting roar, The Scholars came forth decked out in matching v-neck sweaters and clean-cut preppy haircuts to deliver a 60s punk love song unlike any other. "I Need Your Lovin" is a Molotov cocktail of moody songwriting, desperate vocals, slashed guitar chords, and bone-crunching rhythms. The Scholars were a studio project made up of session players and young musicians from Drexel University and Temple University. Some members of the group later became law enforcement officers, including vocalist Jim Tucker who spent a few years as a police sergeant in charge of Philadelphia's homicide division.

—Mysterious Clown—"Mysterious Clown" (Yorkshire). According to legend, back in 1967 an awkward Philly teen named Morris Goldberg, aka Mysterious Clown, asked his dad to book him time at a recording studio as a present for his bar mitzvah. One result of that session is this strange song. The tune's defining element is a production quirk: two clearly different takes of the song were double-tracked, haphazardly mixed down, and then released as the finished product. On top of cavernous drum destruction and thick riffs, the snotty doubled vocals are constantly at odds. It’s a messy pile of schizoid ghostliness as Goldberg groans out proclamations like "I'm the mysterious clown! You don't want me around! So I'll just fade away..."

—Dogs—"Don't Try To Help Me" (Treasure, 1967). No relation to the many 1970s punk bands who went by The Dogs name, this mysterious pack are rumored to be from Philly and left behind a perfect example of the beautiful anger that energized the city's music in the Brit Invasion era. At the center is a snarling sax line a la The Scholars that compliments a nearly atonal repetitive string-bending riff. It's easy to imagine this menacing piece being the soundtrack music for "2,000 Maniacs", "Gruesome Twosome", or some other H.G. Lewis gorefest.

—Nomads—"Point Five" (previously unreleased Magna Sound Recording Co. acetate cut in 1966, but never officially released until it came out on Distortions Records' first Crude Pa. compilation album). There were a number of 60s rock bands from all over the world called The Nomads, but these Philly/Chester, Pa. kids were probably the roughest of them all. The raw track "Point Five" (a bitter slag inspired by an over-privileged insensitive jerk) is a cover of a song by the even more obscure local band Adam And The Evils. Their version is great punk too, but this minimalist cover has way more attitude and lo-fi ambience than the original.

Except where otherwise noted, all details on these artists, record labels, release dates, etc. come from the following sources: the book Sounds From The Woods: Pa. Rock Bands On Record 1964-1970 by Mike Kuzmin Jr., and the websites garagehangover.com, the G45 internet forums, discogs.com, 45cat.com, and youtube.com channels that feature the aforementioned artists/recordings.