II is full of heart-break, reverie and funky bass. 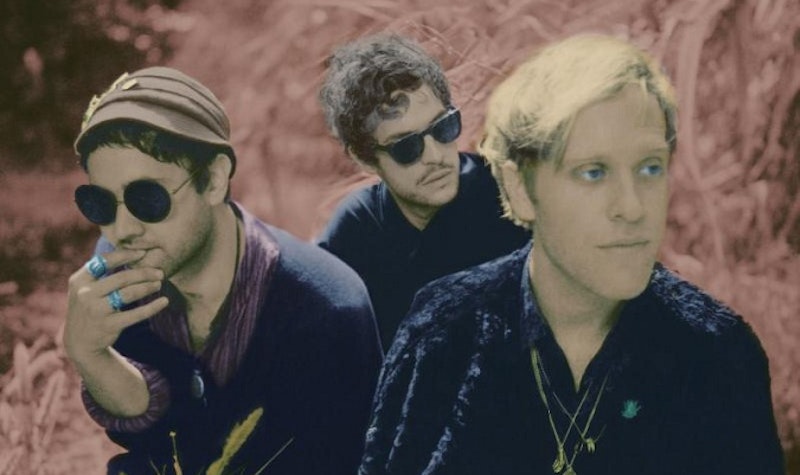 Indie rock has, in the post-aughts decade, occupied a peculiar place. The guitar-hook heaviness of bands like Bloc Party and the Yeah Yeah Yeah's died out around the mid-2000s. The rock band approach has been reworked from a different angle. Ariel Pink and John Maus produce some of the most tape-damaged pop imaginable. New Zealand/American band Unknown Mortal Orchestra also operate within this framework. Their sophomore record, II, however, breathes warmth into tightly crafted songs.

"From The Sun" is a dark opener. A line like "Isolation can put a gun in your hand," however, is really the only foil for peppy guitar arpeggios and tambourine heavy drum. II is rife with these contradictions. "I'm So Good at Being in Trouble" is, at heart, a Motown tune, albeit one with an unmentionable heartbreak at the core of its brief lyrics. "One At A Time" takes a swift turn into near-indulgent rock. The wah-wah guitar, however, repeats the same distorted chord a la The Kinks, and the track hits much harder than any generic guitar noodling ever could.

II undisputedly has its retro influences. In addition to the Kinks, you'll hear some nods to other 60s and 70s rock. "The Opposite of Afternoon" could be a Creedence Clearwater Revival B-side. The guitar and bass play a bit behind one another but crucially lock together for the chorus. Indeed, II is so chock full of proto-funk bass that its shocking there are no soul numbers on the album. The most unexpected nod is to synth mavens Tangerine Dream on the all-too-brief "Dawn." Even when UMO does indulge in riffage, it comes across as unironic. "One More Time" has a familiar melody, yet the vocals hover unexpectedly out of time with the instruments. Its like hearing The Kingsmen tear through "Louie Louie."