The Flaming Lips As Tribute Band 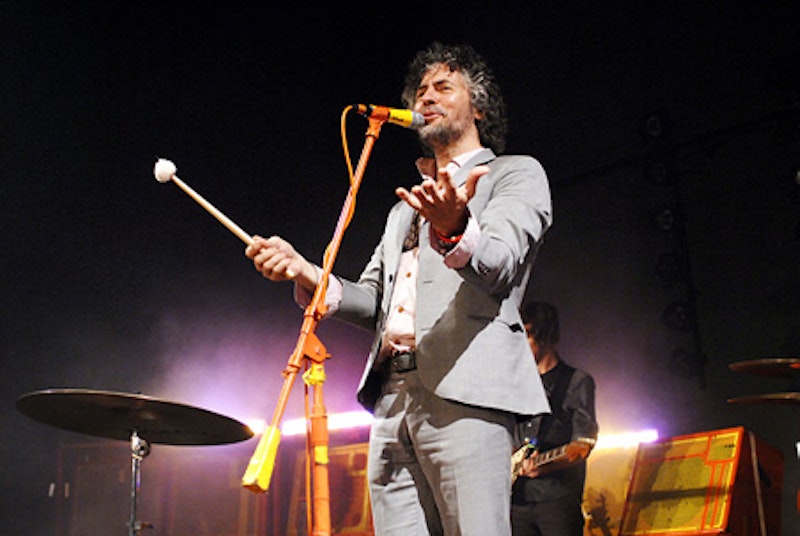 The Flaming Lips have released yet another cover of Queen’s “Bohemian Rhapsody,” and again I’m unsatisfied with Wayne Coyne & co. It’s not awful: Coyne delivers an impressive vocal and Steven Drozd adds a trippy feel to the song. It’s just that the constant covers of classic prog-rock oldies are at the expense of the Lips’ creative potential. The band’s renditions of Dark Side of the Moon and “In the Court of the Crimson King” are decent, but they can’t compete with the originals and aren’t even close to what the band has shown on their own albums. The raw distorted sounds that are amazing on Embryonic don’t always work well on the covers. On Dark Side of the Moon, their version of “Money” sounds more like an animal toy low on batteries than a unique retooling. That’s not to say that all their covers are bad. I’ll admit their YouTube cover of “I am the Walrus” is excellent; it adds a gritty raw sound to the Beatles. And their reworking of “The Great Gig in the Sky” is commendable. But still, why do they insist on resurrecting these old relics?

Despite my nightmares about the Flaming Lips becoming a tribute band, Coyne has announced the release of an original album, The Terror, on April 2. A sneak peak of the album came in a Hyundai Super bowl ad with the new track, “The Sun Comes Up Today.” The song is catchy and more importantly shows that the Flaming Lips are doing something creative and new. However, its positive poppy attitude is in direct contrast with the “bleak, disturbing record” Coyne describes as The Terror.

This quote could be Coyne messing with fans, or just a refusal to really give a good look into what the new album could hold. Either way, “The Sun Goes Up Today” feels more like a teaser than a sign of what The Terror will be, and as they launch back into more classic covers I feel like the Lips have strayed from what made them great in their first twenty years. For a long time they were the innovators, the strange Oklahomans, and the “fearless freaks” of rock. Albums like The Soft Bulletin and Yoshimi Battles the Pink Robots are remarkable because they deal with basic human experiences and emotions in strange extraterrestrial backdrops. Ultimately, a band with such high creative potential shouldn’t cover oldies. I can only hope that as the Flaming Lips evolve with the release of The Terror, they will end the tribute era as well.