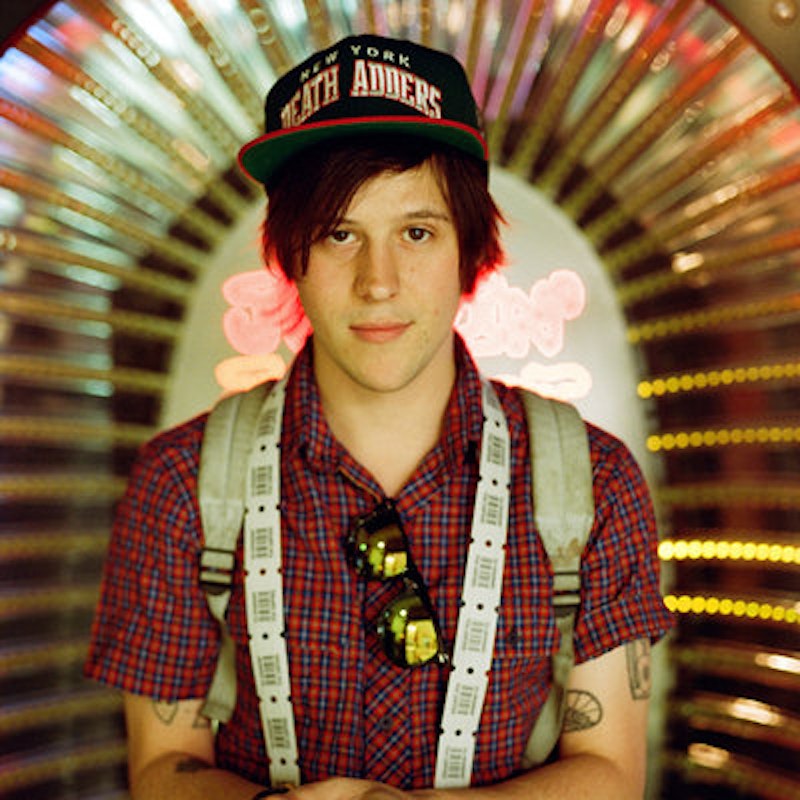 Wavves, "Demon to Lean On"

The shock, after sitting out everything Wavves has accomplished post-Beach, is that I feel even moderately invested enough in whatever direction Williams is evolving as a musician to care now—particularly given the shallowness of this email interview I conducted with him in his pre-salad days. I mean, it's not like "Demon" is "Like A Rolling Stone" next-level or even "Stay Useless" next-level; what we've got here is slightly undercooked, imitation Nirvanamania sold with a rally-cap donning optimism worthy of Weezer's Rivers Cuomo.

The difference in Williams now as a writer, I think, is that he is a bit more familiar with himself and his peccadillos, even if it's a bit of over-reach for him to expect his audience to pity the dude who's playing house with the girl from Best Coast.

Rap doesn't get much more nakedly personal than this, even if "this" feels like pure fodder for a Saturday Night Live sketch about a lady rapper who won't sext with you because she's prone to sudden, intense anxiety rashes that only Benadryl can stave off, except that Benadryl lays her flat. Is it pandering, pedantic, pissy, or carpetbagging to shout this out as my favorite Wu homage, ever? Or to admit publicly from atop a soapbox that I prefer this to anything Nicki Minaj, Azealia Banks, or Angel Haze has done so far or, probably, will ever do? "R.R.E.A.M"—does anyone else wish some unscrupulous producer would inadvertently mistake the song for an ode to Diane Rehm and book Mmme. Kathryn Beckwith for a session with the grande dame of D.C. public radio?—lives and dies on its throbbing, distorted hook, a bed of fingersnaps, and mirrored vocals. The song feels like it was conceived and realized entirely in a teenager's messy bedroom, just before unconsciousness took hold, like social leprosy and blogger put-downs spun into a self-empowerment anthem of sorts: "Nylon magazine's saying I hold the mic wrong/Smile glad like I wanna be in your Nikons." Kimya Dawson just cut an album Aesop Rock, and I understand that there will be a press gauntlet and tours, but her next non-promo cell call should totally be to Beckwith; that they're birds of a feather is as plain as day.

Trees grow and thrive in forests. Birds glide carelessly through the skies. Storms mercilessly slam heavily populated coastal centers. Alicia Keys is a little like that for me: a perpetual force of nature I'm aware of but don't particularly care about whose existence occasionally intersects with mine in insubstantial ways. It's all relative, of course: a lot of people feel this way about Beyonce, who for me is this wonderfully divine, bizarre demi-goddess-like creature whose machinations are eternally deserving of rumination, scholarship, and translation.

I only found out that Keys was behind "Girl on Fire" because my wife DVR'd the Grammies and I watched some of it with her, but it retrospect I was probably aware of the song on some peripheral level from advertising; either way, I hate "Girl on Fire." It is, without question, my least favorite song among songs involving fire, far, far behind "Through the Fire," or "On Fire" or "Fireman" or "Fire Water Burn," or even, like, "Light My Fire" or "Ring of Fire."

"Girl on Fire" bothers me so much that I forced myself to listen to it three or four times to figure out why I loathed it so ardently, though I did not force myself to watch Man On Fire. The answer: repetition. Keys just keeps fucking singing "this girl is on fire" over and over again, along with lyrics referencing fire and flames, as though she's hanging desperately onto a life raft in the middle of the ocean, and has made a deal with the devil where the devil has promised to transport her to a safe haven if she'll only imbue each chorus and verse line with a Sisyphean intensity greater than the lyric previous. It is insufferable in ways that I don't know how to square, short of maybe directing several battalions of firefighters to one of her various homes, in the middle of the night, to fill her bedroom with water. Every time I have to hear this song I want to stick my head through the speakers and into the recording studio and scream, "Aren't any of you listening? Can't somebody get hold of a fire extinguisher and hose this woman down already?" It's like the "Ricky Bobby can't put out the invisible fire" scene from Talladega Nights, except that's the sole single funny scene from an otherwise shitty movie while "Fire" is a pop-culture fact that we're all going to have to live with for at least a couple more months.