When everyone can make one, less viewers care. 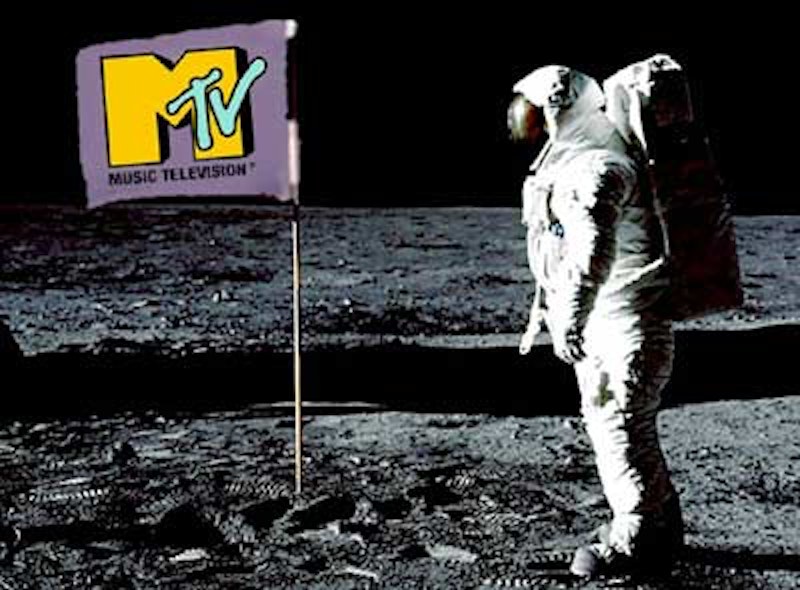 Over the past 30 years, music videos have gone from being regarded by record labels as filler and cheap trash to a great equalizer, a medium that can be done brilliantly or shamefully by anyone, sans record label. The music video's ability to produce bankable icons was minimized by executives until white suburban teenagers demanded their MTV. Rob Tannenbaum and Craig Marks' book I Want My MTV: The Uncensored Story of the Music Video Revolution is a fascinating oral history with hundreds of interviews from executives, producers, directors, and musicians that were treated like hoodlums and outcasts by label heads still focused on radio. But the demo spoke and by 1986 the Lear jets, mountains of cocaine, escorts, and bonuses were all just part of being a music video director.

No one in Peoria, IL could make a video that looked like "Hungry Like the Wolf" or "1999" or "Like a Prayer" because all they had was Super-8 and primitive VHS camcorders. Entertainment was a kingdom thru the late 90s, where you could only breathe the rarefied air within the industry, the only place you could create legitimate looking short films that looked better than George's Bar Mitzvah Tape (3/11/84). You had these cultural touchstones like "Thriller" or (shiver) "In the Air Tonight," that MTV played in rotation constantly, for years on end. If you liked whom they liked, you enjoyed an endless stream of coverage and VJ blowjobs, but if you weren't a fan of Huey Lewis & the News, you were screwed.

Obviously, now everyone with a smart phone has the capability to make whatever kind of video he or she wants, and a potential global audience with YouTube. A&R reps and journalists needn’t venture out into some dive bar or loft space to scout talent. Justin Bieber was a YouTube discovery. Odd Future's video for "EARL" is still brilliant to me. The first time I saw that, not knowing who any of them were or what their sound was like, I was transfixed and excited about finding out who these kids drinking drug stews, pulling their fingernails, and vomiting blood were. Even though videos have always existed as a means to an end (at least to those footing the bill), the rules for a successful music video as defined by early MTV are still relevant: it doesn't have to make sense, it just has to look cool, and get your attention.

For how long though? No one is stymied by corporate culture or exclusive industries anymore, and the most magnetic videos win online. But even the most successful musical meme (Gangnam Style, Harlem Shake, "Fireflies" by Owl City) is just as disposable as the rock dinosaurs predicted in the early 80s. The unknown-cool-fad-bad cycle now takes days. YouTube memes and songs like "Fireflies," and Cee-Lo's "Fuck You" might be lucky to occupy the corner of someone's life. Most of these artists don't give a fan much to obsess over. It's just such a small part of peoples' existences. If you're lucky enough to have fans on the Internet, it's almost impossible to preach to anyone but your own choir because the whole thing is flat. It's not mourning the death of music television so much as pining for a format that exposed people to music they might not have sought out, something that few of us deign to do on the Internet, because we never have to.