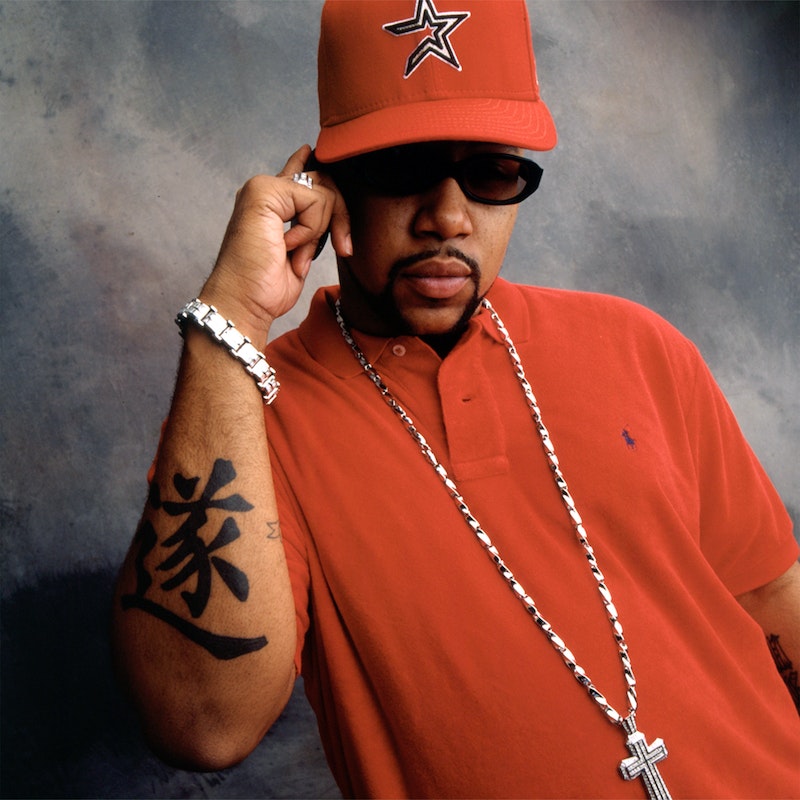 Thirty years ago this month, Port Arthur, TX’s teenaged rap duo UGK released their debut LP Too Hard to Swallow, just a month before Dr. Dre would drop his game-changing solo debut, the multi-platinum-selling The Chronic. The records share some similarities—profane, juvenile sex raps mixed with tales of drug dealing and gunplay—but sound very different, and unsurprisingly, UGK was no competition for Dre chart-wise. The Chronic made Number 3 on the Billboard Top 100; Too Hard to Swallow peaked at 37 on Billboard’s Top R&B/Hip-Hop albums.

Pimp’s musical vision wasn’t unlike Dre’s: both were perfectionists who’d spend years on a given album, with a strong preference for live instruments and an expensive taste in samples. Recorded on a shoestring budget, the album contains none of the session musicians or production flourishes that distinguish the group’s 1996 masterpiece, Ridin’ Dirty. By most accounts, Pimp C didn’t even produce it. “I wasn’t even in the studio when they was fucking with them records,” Pimp would later say. “They took samples out, some of them because they felt like they was too expensive, some of them because shit didn’t clear.” To add insult to injury, Jive removed several songs from the tracklist, including the hilariously offensive “Pregnant Pussy.” (The omission may have been for the best, as per Bun B: “It’s a great song but it’s probably the most politically incorrect rap record you can probably make… One day, my granddaughter is going to hear that and look at me and roll her eyes and I’m never going to live that down.”)

Jive Records’ failure to invest in and promote Too Hard to Swallow, an accusation many of the label’s signees would go on to make, accounts for some of its poor performance, but it also didn’t help that The Chronic was sucking up all the air in the room. Though I was only six years old at the time of its release, I vividly remember Dre and Snoop’s ubiquitous presence on the radio and MTV. “Nuthin’ but a ‘G’ Thang,” “Fuck wit Dre Day,” and (my favorite) “Let Me Ride” were all massive hits, whose shrill synths and George Clinton samples birthed the G-funk sound that dominated rap radio in the early-1990s. By contrast, I don’t recall ever hearing UGK on the radio or seeing them on MTV (at least before they appeared on Jay-Z’s 2000 megahit “Big Pimpin”). And this cold reception was nothing compared to Pimp’s own characteristically candid critiques of the record: “In my opinion, that shit is garbage. I don’t even listen to that shit.”

Pimp C and Bun B would go on to have a similar dynamic to Dr. Dre and Snoop Dogg, the rapper-producer who’s more of a producer-rapper and his lyrically dexterous partner in crime (though Dre is too self-consciously macho to spend an entire track bragging about sucking his own dick, as Pimp does on “I’m So Bad”). But that isn’t apparent on the first album. Not only lacking Pimp’s distinctive production style, Too Hard to Swallow’s songs are almost uniformly slow, which didn’t give Bun B many opportunities to showcase the double-time delivery and gift for wordplay he’d become known for on tracks like “Murder” and “Big Pimpin.”

UGK still manage to work their magic within these limited confines. “Something Good” stacks quotable Pimp C lines (“Bet it feels funny when you doin’ 69/Knowin’ that you sippin’ on all my jimmy wine”) over looped Isley Brothers and Barry White samples, while Bun’s final verse is briefly complemented by a sample of Boogie Down Productions’ “The Bridge Is Over,” one of Bernie Bismark and Shetoro Henderson’s few inspired production tweaks. (According to Julia Beverly’s Pimp C biography Sweet Jones, Boogie Down leader KRS-One happened to be in the office when UGK signed to Jive. Instead of congratulating them, their industry-hardened labelmate shook his head and said, “Good luck.”) On the other hand, Bismark and Henderson almost ruin the Bill Withers-flipping “Use Me Up” with a distracting synthetic vibraslap; the song’s saving grace is Pimp’s vulnerability, one of a few times in his career when he’d drop the cool pimp persona and confess his powerlessness in the face of female sexuality. “Cocaine in the Back of My Ride,” whose original samples Jive either couldn’t or wouldn’t clear, also suffers from the Bismark/Henderson treatment, but any song that starts right out of the gate with “Pimp C bitch, so what the fuck is up?” is still better than 99.9 percent of rap music.

The clear standout is “Pocket Full of Stones,” a dope game cautionary tale and the album’s only track to gain national attention (partially due to the remix’s inclusion on the soundtrack for Menace II Society). Built around a sultry sax loop (sampled from LL Cool J’s “Going Back to Cali”) and a perfect hook—”I got a pocket full of stones,” Pimp’s Texan drawl stretching the word stones from an ounce to a kilo—the song’s influence is hard to overstate. Dozens of rappers have referenced it, and everyone from DJ Screw to Three 6 Mafia have sampled from it. (Lil Wayne and Birdman went one step further on “1st Key,” a song with so many “Pocket Full of Stones” samples that it practically counts as a tribute.) Lyrically, it’s the closest the album gets to what would become UGK’s signature style: an unglamorous, street-level view of the drug business, alternating between Pimp’s nasal, nursery rhyme simplicity and Bun’s more controlled, sonorous flow.

UGK would achieve minor fame. Despite Jive’s continued failure to promote the group and a complete absence of singles or music videos, Ridin’ Dirty sold 70,000 copies in its first week and eventually went gold. “Big Pimpin” further catapulted their profile, though a three-year prison stint briefly derailed Pimp’s career and force Bun B to go solo. After Pimp’s release from prison, UGK reunited for 2007’s Underground Kingz, which contains the group’s biggest hit to date, the Outkast-featuring "International Players Anthem (I Choose You).” The song still gets regular radio play, and any time it comes on, I turn the car stereo up full-blast, mouthing Andre 3000’s lyrics word-for-word before the beat drops and Pimp’s voice cuts in: “My bitch a choosy lover, never fuck without a rubber…”

Pimp C died unexpectedly on December 4th, 2007 at 33, two months before he was scheduled to attend the Grammys, where “International Players Anthem” was nominated for Best Rap Performance by a Duo or Group and lost to Common and Kanye West’s “Southside” (15 years on, an almost impressively unmemorable track). It’s fitting that UGK, rap’s perpetual underdogs, would lose such an award. True to their name, they were too underground for stuffy Grammy voters. Yet in a business where mainstream crossover potential is increasingly synonymous with success, UGK wore their cult figure status as a badge of honor, happy enough to be your favorite rapper’s favorite rappers. “This shit wasn't supposed to go this far,” Bun told the Houston Chronicle in 2008. “We figured we'd give it a try and see what happens and then get back to the real world. It just kept going.”