A farewell to Wilko Johnson. 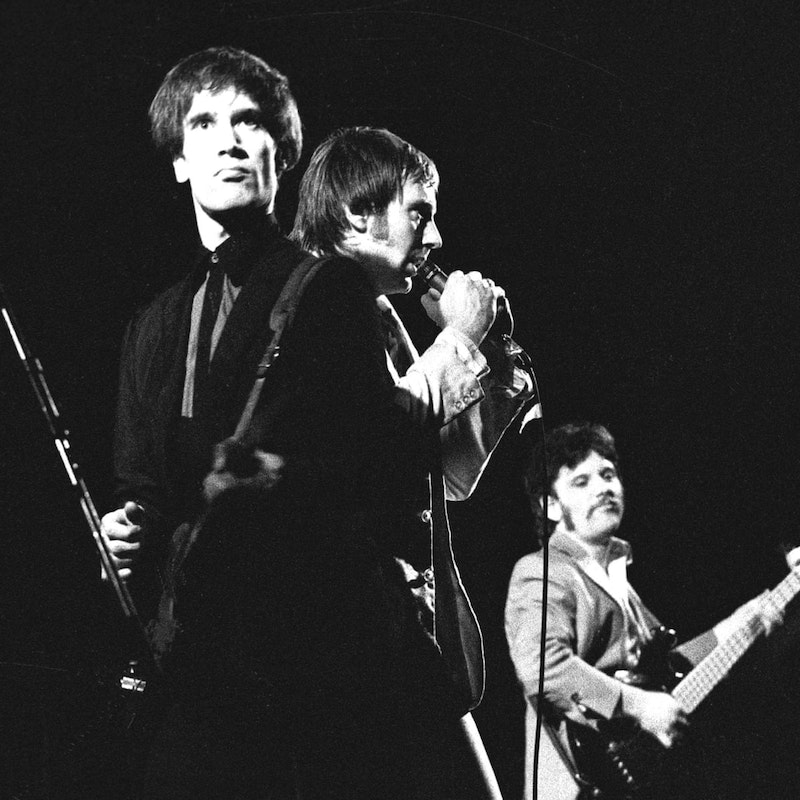 Julien Temple has made two films featuring Dr. Feelgood. The first, Oil City Confidential, was described by Peter Bradshaw in the Guardian as “a vivid study of period, music and place,” and shows the seminal pub rock band’s influence on the London punk scene of the 1970s. The second, The Ecstasy of Wilko Johnson, focuses on their guitarist, who died on Nov. 21st. It’s available for free on YouTube, and is a fitting tribute to his memory. I recommend both films.

Johnson was born John Peter Wilkinson on July 12th, 1947. The reason he changed his name is that all four members of the band were called John: John B. Sparks, known as Sparko, the bassist; John Martin, known as The Big Figure, the drummer; and Lee John Collinson, known as Lee Brilleaux, the lead singer and harmonica player. They played hard-edged, aggressive, stripped back R&B, and were, according to a friend of mine, who saw them in 1975, “brilliant and scary.”

They formed in 1971, at the height of the prog rock era, but couldn’t have been more different. They started off thinking they wanted to be a pop band, but on hearing some 1950s American R&B, decided on that instead. They were unmoving in their dedication to this musical form, and, while their set included some original numbers, it also leaned heavily on R&B standards.

They became a stalwart of the burgeoning London pub rock scene. This developed in the early-1970s as a reaction to the high price of stadium concerts. The venues were small, the stage sets non-existent, the approach back-to-basics rawness. What the bands lacked in financial backing from the big labels they made up for in attitude. Along with Kilburn and the High Roads and Ducks Deluxe, Dr. Feelgood led the scene.

Their name was a tribute to the American blues pianist and singer Willie Perryman, who released a record in 1962 called "Dr. Feel-Good," under the name Dr. Feelgood & The Interns. The song was later covered by Johnny Kidd & The Pirates whose most famous song, Shakin’ All Over, is a fine example of pre-Beatles British rock ‘n’ roll.

The dynamic of the band was generated by the clash between Brilleaux’s implacable aggression centre stage, leg pounding like a jackhammer, and Johnson’s mad-eyed strutting, lurching and gurning his way across the whole platform, machine-gunning the audience with his guitar. It was like his guitar was a weapon and he was mowing the audience down. He had a psychotic stare, head ricocheting back and forth, scanning the audience for a possible victim, as if he might leap off the stage any second and pick a fight with a random punter, for no other reason but to unleash his hatred on the world. Audiences had never seen anything like this before.

They also changed the style of the era, which was still under the influence of the hippies. Instead of long hair, they cut theirs short. Instead of blue jeans they wore suits. Johnson's was black and immaculate. Brilleaux’s was white and heavily-stained, as if he’d spent the previous hour rolling round behind the dustbins having sex with a tramp.

The music was old, but the approach was new. John Lydon came to see them, and immediately cut his hair. You can see some of Johnson’s hard-staring attitude in Lydon’s Sex Pistols’ performances. The Clash’s Joe Strummer came to see them and formed The 101ers. You can see some of Brilleaux’s leg-pumping aggression in Strummer’s frenetic stage presence. It’s no exaggeration to say that, without Dr. Feelgood, there would’ve been no punk. Their live album Stupidity got to number one in the UK album’s chart in October 1976, just as punk rock was beginning to emerge. They played with the Ramones and were influential in the New York punk scene as well.

In 1977 Johnson left the band due to clashes with Brilleaux. It’s still not clear whether he left of his own accord, or he was ejected. Dr. Feelgood continued without him, but were never as successful. Likewise, Johnson’s career stalled, and never reached the heights that he achieved with Brilleaux. It was the energy between the two men that generated their power on stage. Brilleaux died in 1994, but the band continues, with none of its original members.

Johnson’s guitar style has been very influential. He dispensed with a plectrum and, using his fingers, managed to combine jabbing, angular chords and relentless rhythm with lead guitar flourishes. Many musicians, including Paul Weller and Alex Kapranos, have acknowledged their debt to him. He also appeared in Game of Thrones as the mute executioner Ser Ilyn Payne, a role he says he enjoyed as he didn’t have to learn any lines.

In 2013 he was diagnosed with pancreatic cancer and given 10 months to live. This is the subject of The Ecstasy of Wilko Johnson. It’s a remarkable film, a meditation on life and mortality, shot through with poetry, both on a filmic and a literary level. Johnson was an English teacher in a previous incarnation. He quotes extensively from the literary canon: Shakespeare, Milton, William Blake and Chaucer amongst others, bringing the poetry poignantly to life from his current vantage point.

He greeted the news of his impending death with absolute calm, he says. “It was as if he was telling me something I’d known all my life. I was going to die.” He walked home after receiving the diagnosis. “It was a beautiful winter's day… looking at the trees against the sky, and suddenly I felt this elation. It was almost an ecstatic feeling. You’re vividly alive. Every little thing you see, every cold breeze against your face, every brick in the road, the very paving stones seemed to be shimmering. Oh man, it looked so good. Everything was tingling. Looking around in the street, thinking, I’m alive, I’m alive, I’m alive!” He was offered chemotherapy, but turned it down.

The film follows Johnson through his year—a visit to Japan, a farewell tour, interviews on national TV, a record with the Who’s Roger Daltrey—talking about his life and impending death. It’s a moving portrait of a man facing his own mortality. There’s a quietness in his eyes, an equanimity. He has a self-effacing sense of humor, and a wry acceptance of his faults and failures which, combined with a joyous thankfulness for the life he has lived, makes him intensely likeable. You can’t help but be moved by his testimony. Wilko Johnson is a good man. That’s what the film shows you. There’s no posing, no theatrics, just a man making peace with his existence.

I don’t think it will be giving away the end of the film to tell you that he survived. One of his fans was a cancer doctor. He realized that Johnson’s continuing good health beyond the 10 months he’d been given meant that the cancer wasn’t as virulent as thought. He was operated on and the cancer removed. He survived for the next eight years. Wilko Johnson was a unique individual. That hard man stance hid the heart of a poet. He changed British music, British style, and British culture forever.