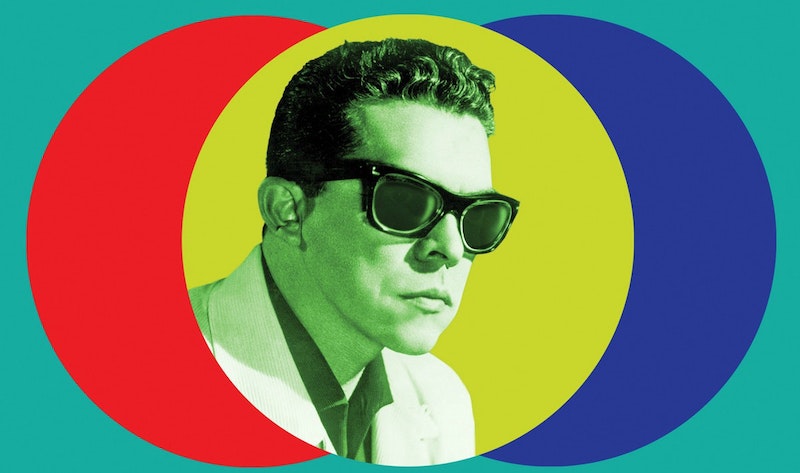 The legacy of lo-fi pop music from the 1950s remains misunderstood. It’s not that obscure 50s pop styles haven’t been revived (many have made comebacks over the last 60 years), but this material rarely escapes the purview of completists, mainstream rock historians, and other voices. Before Flying Nun Records and Ariel Pink made low fidelity into high art, a long line of artists paved the way for the contemporary music scene’s love affair with technically damaged/glitch driven recordings.

Works that consciously embraced low fidelity wouldn’t become influential in the US and the UK until the release of four major records: The MC5’s first single from 1966; the first two Velvet Underground albums (both from 1967); and The Great White Wonder. Unquestionably the most significant of these four records, this latter release is an early bootleg from 1969 that featured material later issued officially in 1975 as part of Bob Dylan & The Band’s album The Basement Tapes. The trail that brought us these touchstones was far from empty, but it ran deep into untamed and remote territory.

Of the handful of famous 1950s artists who dared to mix pop and low fidelity one of the major names is guitarist/producer Link Wray, a Native-American artist from Virginia who revolutionized the use of electronic oscillation and distortion as elements of guitar playing. Wray’s records remain as sonically confrontational and aggressive today as they were in 1956 when his speaker-slashing career began. In 1958 he single-handedly defined the punk guitar style when the Cadence label released his worldwide smash “Rumble.”

Roughly at the same time down in Mexico City the composer Juan Garcia Esquivel was making recordings for RCA that integrated orchestral pop, Latin jazz combos, studio generated sound effects, theremins, Ondiolines, and other early electronic keyboards to create a lush style that formed the blueprint for new wave synth-pop and all other strains of modern techno and electronica. Esquivel was so far ahead of his time that it would be the 1990s before he became a household name. Even then his cult status primarily developed among alternative rock fans. There was a renewed interest then in analog synths and proto-synth gear thanks to the use of Esquivel-approved contraptions by acts like Stereolab, Beck, Blur, and Pavement. A “space age” lounge music revival of the same period led by the groups Combustible Edison and Cibo Matto and jazz-influenced indie bands like The Heart Worms and Tortoise also owed a great debt to Esquivel’s bombastic yet polished sonic veneer.

Unlike Link Wray, Esquivel didn’t use any heavy distortion or feedback, but his most adventurous works possessed a Wray-esque level of ecstatic dissonance. The low fidelity in Esquivel’s work came not from the technical mistreatment of musical instruments or recording gear, but from the bandleader’s aesthetic sensibility as a composer who considered atonal sounds and effects processing to be organic components of the orchestra pit.

Other 1950s artists existed somewhere between the two extremes of Wray and Esquivel, but few got close to fame or cult status. Nonetheless many of these unknowns had their work reissued from the early-1970s onward. What’s annoying about that is these retrospectives tend to be blandly-titled bootleg/gray market releases put together by 1950s-obsessed nostalgia buffs who believe that anything with a guitar and a blues scale recorded between 1954 and 1963 can only be identified as rockabilly or rhythm and blues. The archivists of music made before and after the Eisenhower era manage to be more discerning pinpointing genres and sub-genres with each receiving custom reissue attention and unique critical analysis. The fact that such a large swath of cultural ephemera is analyzed with all the tenderness of a frog dissection can be strange, but the absurd lack of focus that’s gone into documenting the outsiders of 1950s music has only created confusion.