There aren't many examples of spiritual leaders who abandon their flock, but Prem Rawat did just that to his Divine Light Movement. 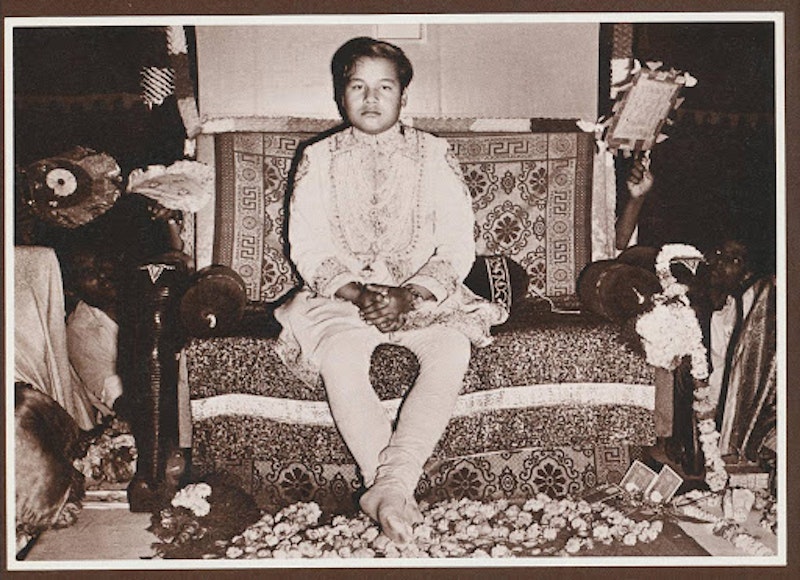 We’ve all heard scandalous tales of con artists, grifters, and faith-based illusionists who form religious cults, but what happens when someone decides that leading a cult isn’t such a good idea after all? It’s rare to find any examples of the sketchy spiritual leader who consciously chooses to abandon his flock, but the infamous boy guru Prem Rawat did just that.

In Haridwar, Uttar Pradesh, India Hans Ram Singh Rawat (b. November 9th, 1900) became a renowned guru wandering rural areas during the early-1940s conducting impromptu seminars on the Knowledge meditation method, and the relationship between world peace and religious faith. By 1960 Hans began to attract attention from people far beyond Himalayan India once his teachings spawned a religious organization called the Divine Light Mission.

The guru died suddenly in 1966 while visiting an ashram in Alwar. His wife, siblings, and eldest children (all of whom were high ranking DLM members) soon convened to choose their new spiritual leader. A deciding factor came with a passionate speech given by Hans’ youngest son at the memorial service in which he addressed the crowd of mourners declaring that his father’s spirit was “immortal.” The elders unanimously agreed that the charismatic eight-year-old boy had become a “perfect master” and the only member of the family qualified for leadership. From birth he’d been surrounded by the techniques of Knowledge. The child’s name was Prem Rawat.

Several hundred thousand DLM followers traveled from throughout India and the west to hear Rawat speak at India Gate Park in Delhi in 1970. There he gave an invocation called “Peace Bomb.” At its best, “Peace Bomb” was an outburst of unintentionally silly prose that explained how the dawn of world peace was a natural consequence of DLM precepts. Lines like, “Lions and sheep, pigeons and cats, will drink water in the same lake and there will be no hostility” shared space with impenetrable jargon influenced by the ancient texts of Indian spirituality. Anyone under the spell of this borderline gibberish must’ve been high on idealism, every drug in existence, or some combination of both. In the post-Altamont era, nihilism was everywhere. Like many other cults and new age trends of the period, The DLM offered a concrete sense of purpose.

Judging only by outside impressions and media coverage, Prem Rawat found religion in the same way that countless American trust fund babies end up on the fast track to CEO positions. By the time his elders identified him as a “perfect master” he’d yet to develop an identity of his own that reflected anything more than his achievement as a gifted student of mysticism. Rawat was encased in the dome of religious leadership; the role couldn’t have been a wholly personal choice. It was impossible for him to be an erudite spokesman about religion or any other subject at such a young age. Things could’ve gone much worse if he’d attempted to milk every last drop of faith out of his supporters but unconditional loyalty wasn’t something he yearned for. Being the leader of The DLM was just a novelty he enjoyed as a naive kid. The public obsession surrounding Prem Rawat the child guru wore off as 1970s culture became increasingly jaded.

In the decade that followed “Peace Bomb” The DLM’s membership swelled to around seven million even though the group and Rawat were subjected to negative scrutiny. The British rock band Brinsley Schwarz was kicked off stage by Prem Rawat’s entourage when the boy guru made an impromptu/unscheduled speech at the first Glastonbury Fayre music festival in 1971. Two years later, while Rawat was accepting the keys to the city of Detroit, Fifth Estate journalist Pat Halley pied the guru in front of a large audience.

The DLM was pegged as a cult after public accusations of tax evasion connected to their decadent celebrity lifestyle. This made headlines in 1974 when Rawat and his flock set up shop in Malibu at a four-acre compound that was torched by wildfire soon after it was built. There was also the movement’s failed attempt to obtain a Boeing 707, and a rumor that they were trying to build the world’s largest holy water-filled squirt gun.

Once the 1980s arrived, Prem officially hung up his chakras. The negative 1970s drama destroyed The DLM. Rawat renounced the movement in 1983, but didn’t run off to hide away in some remote ashram. Instead, a simple pivot led him to alter his religious presentations and rebrand himself as a motivational speaker in the mold of Tony Robbins. The spare time and disposable income of middle management climbers became bread and butter for Prem’s Reagan-era engagements. Hans Rawat got his start sharing Knowledge’s peace and light with northern India’s claustrophobic world of laborers and miners. Forty years later his son returned indirectly to these roots. In a secular milieu of banquet halls and hotel conference rooms Prem Rawat offered peace of mind for overworked subordinates and their claustrophobic world of cubicles and calculators.