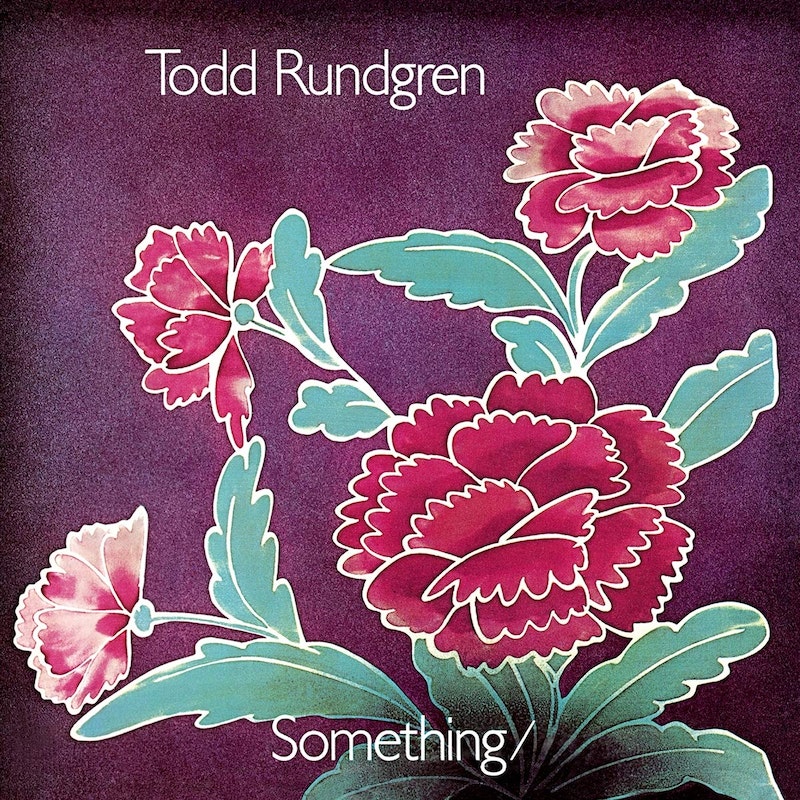 At 15, my anxiety was so bad that I threw up all the time. All the deep breathing and mindfulness exercises my therapist taught couldn’t help me keep food in my stomach. Meals became a battle with my body. Am I going to be able to eat anything today? If so, will it stay down? Around that time, I also rediscovered my mom’s record collection and started listening to all the music she played for me as a child. One of those records was Todd Rundgren’s Something/Anything? That album relieved the anxiety, and I was able to eat again.

Maybe it was Rundgren’s use of major seventh chords that eased my anxiety—a musician on Quora says, “The chord has TWO perfect fifths in it, which are super warm and stable because they are so far down the harmonic series”—but I’ve been a fan ever since. Most people only know his pop hits like “Hello It’s Me” and “I Saw the Light,” but Rundgren has always been multi-faceted. Even his breakthrough hit album Something/Anything? includes tracks like the Sgt. Pepper-inspired “The Night the Carousel Burned Down,” the humorous “Song of the Viking,” and the power pop “Couldn’t I Just Tell You.” The music press still dubbed Rundgren “the male Carole King” based on his softer pop hits, and while he admired King, he wanted his own identity.

Rundgren broke from his soft rock singer/songwriter image with his 1973 follow-up album A Wizard, A True Star. Influenced by psychedelic drugs, he realized he could end a song early if he felt he didn’t have anything more to say. The result is a collage of song fragments and sonic experiments that make up the first side of the album, bookended by two versions of “International Feel.” The second side contains more conventionally structured four-minute songs like “Sometimes I Don’t Know What I Feel” and the anthemic closer “Just One Victory,” but it’s also noted for a 10-minute medley of Motown covers. Audiences didn’t know what to do with the album at the time—it only reached #86 on Billboard charts—but now A Wizard, A True Star is seen as a classic.

“I make records that I want to listen to,” Rundgren told Entertainment Tonight in 1983. “The kind of records I make are the result of the kind of music that I’m not hearing. If I don’t hear something and I want to hear it, then I make a record of it.” His discography can attest to that: side two of Initiation is 35-minute synthesizer-driver instrumental inspired by Eastern mysticism, side one of Faithful is made up of 1960s covers, and With a Twist contains Bossa nova remixes of his most famous songs. Rundgren doesn’t always hit the mark—Initiation is pretentious—but if he’s happy, that’s all that matters.

Rundgren’s discography chronicles his development not just musically, but also personally. “Real Man” talks about growing to be a mature adult, “Healer” is about being called to ease the suffering in the world, and in “Change Myself” he sings “I want to change the world/I want to make it well/How can I change the world/If I can’t change myself?” The latter song sums up Rundgren’s philosophy of life: change must come from within. “People always pay lip service to the way they want the world to be,” he said in a 1993 interview, “but most people cannot live in that world. Most people are not high minded enough to live in the world they visualize. And so my whole philosophy is if you want the world to be different, there's only one place you can go to make it different, and that's inside yourself.”