How to Be Mediocre: Dave Grohl Soundtracks Our Pandemic

Grandpa Dave is bored and starved for attention like so many other celebrities right now. 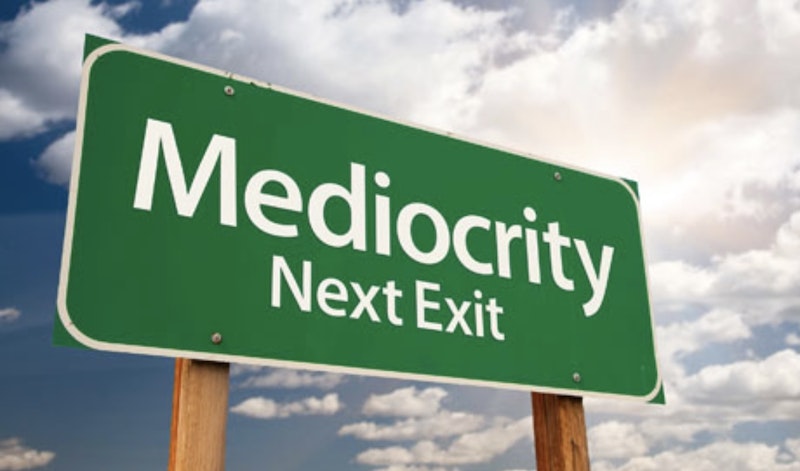 A lot of people have written gloomy articles about this pandemic. I’ve churned out a couple, and both were real downers. But others are beginning to ask—to quote the Joker—why we’re being so serious, and ignoring the funny side of this. Dave Grohl is one such person. You may remember him as the lead singer of The Foo Fighters, a band he created after it was no longer possible to drum for Nirvana. He’s now, apparently, one of those “shouts and murmurs” guys. I’m serious. He’s guest-editing flavor pieces for The Atlantic.

If I know my contrarian readers at Splice Today, somebody is already muttering that The Foo Fighters (who had one good song) were better than Nirvana. I mean, I also shared a college dorm with someone who thought The Monkees were better than the Beatles. But we’re not here to debate just how wrong people can be. We’re here to deconstruct Grohl’s “Pandemic Playlist,” a bizarre creation that starts with painfully inappropriate alliteration and goes downhill from there. If you want to understand why The Foo Fighters lucked into “Learn To Fly,” then never did anything else remotely good, hold this playlist up to the light. Since there’s more mediocrity than greatness in this world, it deserves to be understood.

The first song is “Let’s Go,” by The Cars. It’s the 10th track on their Greatest Hits album, which should tell you something. The first song on that compilation, “Just What I Needed,” is the best thing The Cars ever did, and probably the only song they’ve written that you could hum without coaching right now. By song seven, “Tonight She Comes,” The Cars are sort of hoping you’ve done enough coke to swallow lines like “she’s takin’ a swipe at fun…She jangles me up!” Nobody has ever intentionally made it as far as song 10, other than Dave Grohl. This isn’t a band brimming with undiscovered depth. Trawling for “deep cuts” by The Cars is sort of like looking for the stuff Andy Warhol did when he wasn’t stacking up soup cans or retrofitting Mao with rouge. Such things exist, but they’re obscure for a reason.

Next up is “Our House,” by Madness. This is an apology for “Let’s Go,” but it’s even more worrisome. What is Kurt Cobain’s ex-drummer doing trying to breathe new life into some corny jingle? He’s trying to prove that he’s fun. And now, everyone, please be sure to tell Grandpa Dave that he is fun.

The third track is “Ahmad’s Waltz,” by Ahmad Jamal. Having proved himself in the “fun” category, Grohl deftly slips us some obscure piano jazz. He’s downright eclectic, is our Mr. Grohl. He has a touch of whimsy about him. Obviously, a dapper jazz recording makes no sense whatsoever as a follow-up to the worst of 1980s New Wave, but Grohl doesn’t let that stop him. We can never know how many times Grohl has recommended Ahmad Jamal to his rocker friends. A conservative estimate would be one million.

Then we have “Drunk Girls,” by LCD Soundsystem. LCD Soundsystem is one hell of a great band. Almost everything they do is perfect, with one exception, and that’s their novelty song “Drunk Girls.” The “singing” is mostly James Murphy yelling “Drunk girls!” like the opening act at a Misogynist’s Comedy Hour. Drunk girls “keep in pace with the pedophiles,” he adds at one point. This is a song Murphy himself basically disavowed, publicly calling it “dumb” before coming stumbling to its defense. And Grohl fucking loves it.

He also loves “School’s Out,” by Alice Cooper. I’m not going to weigh the merits of this particular Alice Cooper song. That would be like writing a dissertation on “The Monster Mash.” So let me ask a different question: who exactly is the audience here? Who can actually sit still through an entire Ahmad Jamal tune and, simultaneously, regard “School’s Out” with fondness? This is one of those songs that Grohl loved when he was very young. That’s understandable; when I was a kid, I liked dumb songs too. But I’ll bet you 20 bucks he didn’t play the damn thing for more than 10 seconds before slotting it in.

Here’s my proof: “Moments in Love,” by Art of Noise, is the segue. This was so obscure, in its shabby irrelevance, that I had to sit down and give it a listen. It’s not good. It’s Muzak, courtesy of some crate-diving hipster Grohl met at a bleary Hollywood after-party. It has disco strings. They’re not even in tune. They sound like a mobster beating a violin that owes him money.

I’m going to play fair, and admit that the rest of Grohl’s playlist is okay. He drops another jazz cut, from A Charlie Brown Christmas, one of those underrated albums that’s also overrated by everyone who owns it. He’s spending his twilight years on jazz. Fair enough. He also cues up The Smashing Pumpkins, Patsy Cline, and the Beatles. He picks “Bullet With Butterfly Wings,” “Crazy,” and “Here Comes The Sun,” respectively. These are all killer tracks, but they share a certain obviousness. To quote High Fidelity: “What about Beethoven, huh? Track 1, Side 1 of the Fifth Symphony?” There’s no independent music on the entire playlist. There’s nothing even vaguely reminiscent of the pandemic, unless you count The Beatles, jammed in there at the end to dose us with hope. (Side note: constantly dispensing bright rays of hope must’ve been a tiring gig. No wonder John Lennon ended up paying his therapist for the opportunity to scream.)

Anyway, Grohl’s playlist is awkward and tactless. That’s precisely what makes it so human. He wants us to like him. He’s like everyone who’s uploading pictures of the needless, intricate things they’re baking right now. He’s the guy who brings his cat to the work meeting on Zoom. He’s the relative who relentlessly forwards you emails about ways to make masks. Perhaps I should forgive him for his playlist. At this queasy hour, celebrity musician Dave Grohl is proving to be an insecure mess, and definitely on the wane. Isn’t he a bit like you and me?