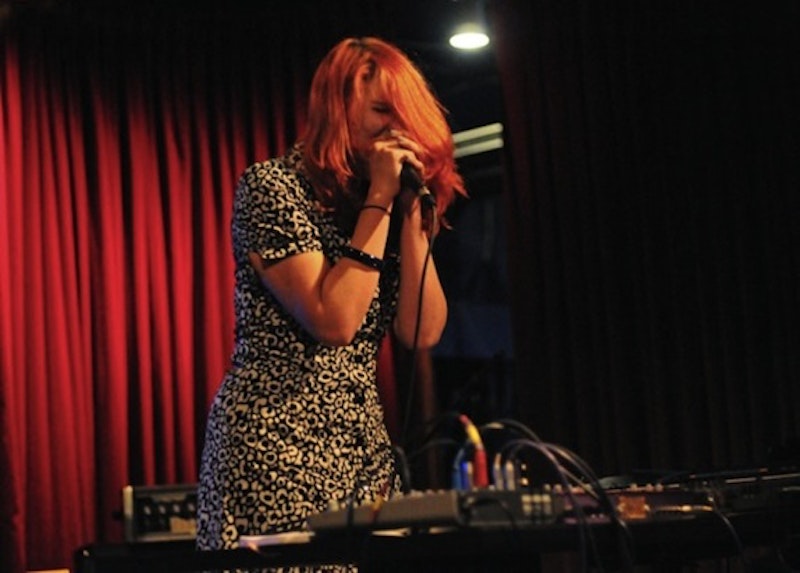 What if the entire universe was a pillow, and you were free to rest your head anywhere that felt right and natural? “Green Shroud” spends several minutes heartily encouraging this notion—dissolving drones, disembodied sighs, and cascading keyboards coalescing in a drowsing sprawl—before revealing itself as something more sinister, a feedback loop of the subconscious mind. There’s no shortage of music like this being made in 2016, but few recordings so adroitly capture (or imitate) the perennial cycle of relaxation, falling asleep, and free-floating, seemingly forever, through interlocking chasms of dream and nightmare.

The cleverness of “The Mystifying Oracle” will be lost on anyone who spends only 40 or 70 seconds with it before bailing. Why? Because the first three minutes are spent in almost slavish imitation of acid house circa 1993-2002: that deep bass throb, those clipped hit-hats, those static-y synth pulses. Every movie in this era seemed to involve a scene in a rave, and every such scene sounded like a variation on this stretch of “Oracle”—a sort of generic proto-EDM bounce, forgettable and anonymous. Once the beat gets chopped and hackneyed on the backend, distended and yanked inside out, the punchline reveals itself; what began in monotony concludes as a mutating video game soundtrack.

Neon-soaked, punchy, and laden, “Acceptance Speech” sounds like a faceoff between rejected Miami Vice and Bubblegum Crisis themes—less a full-bodied single than an diverting, exclamation-point appetizer on an excellent new album. When single Satomi Matsuzaki admits that, “we’d love to visit your towns,” it’s less demure wishful thinking than post-post-Napster economic necessity. But hey, it’s the thought that counts, and I suspect that live, Deerhoof will up the tempo, veer towards mania, and jettison whatever ballast the production stuck ‘em with. Let me know, once they’re laid waste to your town.