We Did This All to Ourselves 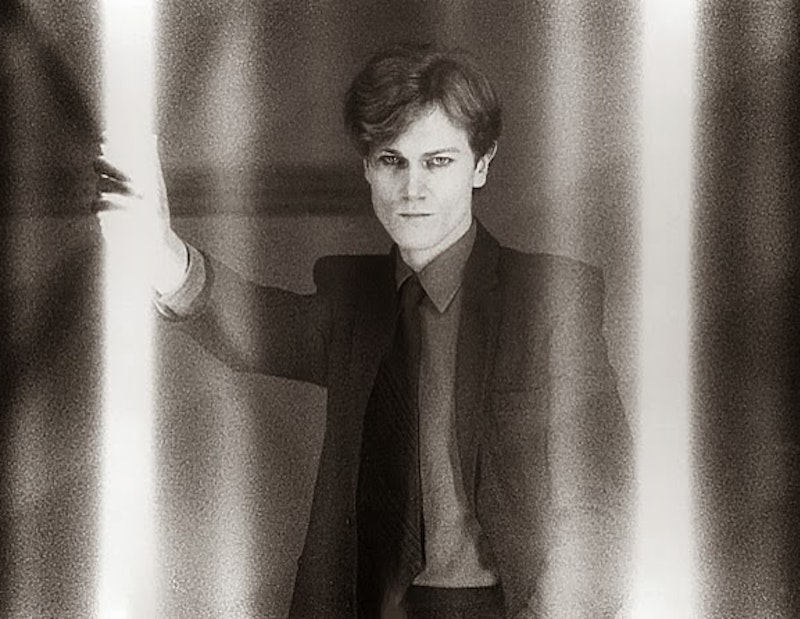 My favorite spot in London is not The Tower or Kew Gardens, but the mazy structure known as The Barbican, a sprawling Brutalist collection of housing estates plus arts center distinguished by elevated walkways, terraces, and disquieting emptiness.

Once hailed as ushering in a utopian and humanist style of living, The Barbican was reviled as ugly and soulless by the time of its completion in the early 1980s. It looks the way mid-70s dystopian science fiction reads, what the future was supposed to resemble before Steve Jobs stepped in and shrunk it down to pocket size.

If that grim vision fails to inspire a trip, one can visit in spirit by taking John Foxx's debut album Metamatic out on a drive. Foxx left the struggling punk band Ultravox and released the synth-pop LP onto a half-suspecting world in January 1980. It sounded less like the emerging New Romantics of Duran Duran and more like the darker outlook of Joy Division and early Human League, before the latter brought in girl singers to sweeten the mood.

The New Romantics got the attention. Foxx's old band Ultravox got a new singer, Midge Ure, completed its Foxx-driven transition to New Wave, and became big. The "dark wave" crested. That history makes Metamatic feel in retrospect like a great lost cult album, but it actually did fine, making it to #18 on the album charts in Great Britain in 1980, with a couple of singles clipping the bottom of the U.K. Top 40.

With its almost wholly mechanical music and futurist lyrics inspired by dystopian science fiction writer J.G. Ballard, Metamatic occupies a spare space all its own, between technophile and technofear: less humorous than Devo, less romantic than Thomas Dolby, more haunting than Gary Numan. Numan finally got together with Foxx, one of his early heroes, to record a song on Foxx's newest compilation album released in May, "Talk (Are You Listening to Me?)"

Unlike Kraftwerk, a band you half-expected to settle down and marry a robot, Foxx plays no love songs to technology or anything else. His cool, thin but nuanced vocals slip frictionless between the cogs of the minimalist metal machine music, delivered via Mini-moog and drum machine.

Metamatic opens with on "The Plaza," which could’ve emerged directly from that hypothetical stroll around The Barbican. Foxx's plaza is an eerie, Ballardian space where one might witness a silent execution via Transmogrifying Gibbet, as onlookers peer down from the surrounding terraces. The lyrics are haunting existentialist poetry, T.S. Eliot as cyborg: "dancing slowly, lit like photographs/toward the shadow of the cenotaph."

"The Plaza" is actually one of Metamatic's peppier tracks—at least there's dancing. Much of the album is obsessed with alienation and isolation. Metamatic could serve as a concept album about a nightmare world where people are isolated both from each other and themselves, constantly transforming into surfaces, dislocating from their bodies or time itself.

Foxx co-created a film tribute to Ballard, and it's significant that his alienated future-man is not huddled with the faceless masses on an underground tube train but shares with Ballard a fascination with that ultimate symbol of modern-day atomization: the car. His solo singles "Underpass" and "Burning Car" (a non-LP single included on this extended version) are overt nods to Concrete Island, Ballard's novel about the eerie aftermath of the victim of a car crash on an infamous stretch of London roadway called The Westway. (Foxx has been a proud denizen of Ballard Island throughout his long and fruitful career in music, film, and graphic design.) Metamatic's other single, the perversely catchy "No-One Driving"—this guy's got more cars than Numan—neatly hits both atomistic futurism and our communal nightmare of being trapped in the back seat with no one at the wheel.

Like all futures, it has humdrum spots. "Metal Beat" ends up hollow and wearying, and the album overstays its welcome with some undercooked tracks at the end. But it perks up with the closer (on my extended version) "Miles Away," which injects a little blood into the test tube via acoustic drums and looser vocals, rendering the song's quintessentially bleak lyrics more a modern-day metaphor of urban alienation and less like a trip to the corner Displacement Machine.

The tone is resigned, the future shock muted for being long endured. No aliens or plagues or apocalypses haunt this existence. Evidently, we did this to ourselves. If we're unfortunate enough to make it to this alienated future, Foxx shows us what we have to look forward to.

—Clay Waters was editor-in-chief of Times Watch, a division of the Media Research Center, a conservative media watchdog group.