“Big Deal” or reinventing the wheel? 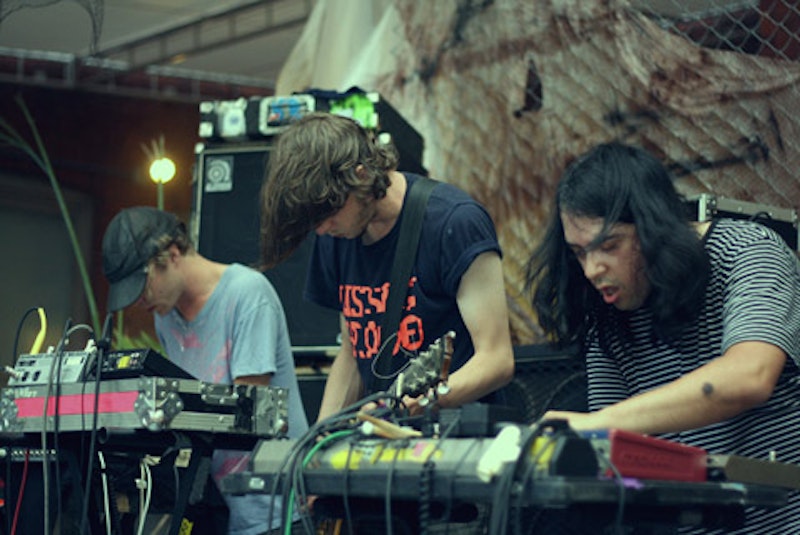 It feels like a decade since hearing from Black Dice. Their last transmission, Mr. Impossible, arrived in March 2012, and though I was kind at the time, in retrospect it sounded like the band was treading water with little else to explore. It shouldn’t be surprising: Black Dice has been a band for nearly 20 years, and they went through a metamorphosis right when more and more people started paying attention to them. If you were around to see Black Dice during their hardcore phase and you have an original copy of the “Semen of the Sun” single and you repped Cold Hands, collect your medal at the door. But for the world at large, Black Dice begins with Beaches and Canyons, a wildly overrated and incredibly boring record if you ask me, but I guess you had to be there. Things got better: their imperial phase lasted from 2004’s Creature Comforts through the excellent Load Blown in 2007 and my personal favorite Repo in 2009.

I saw them at the long-gone Sonar in downtown Baltimore that summer—front row, and my ears were gone for days. The Copeland brothers and Aaron Warren pummeled us before their wall of dumpster amps gripping sounds out of the garbage and blasting them back out. They opened with “Chicken Shit,” a deranged piece of music that was somehow of a piece with Animal Collective’s pop takeover Merriweather Post Pavilion that same year: delayed and distorted voices and rhythms reminding us that there are other ways forward that have nothing to do with guitar rock. Bjorn Copeland plays guitar in Black Dice, sure, but he runs it through so many torture chambers and stranglers that it’s like comparing Rooster Quibbits to, well, chicken shit.

Where the rhythms erred and swayed like compromised buildings on Repo, they coalesced and, of all things, mellowed out on Mr. Impossible. It was a bit boring, really—which is the worst sin possible if you’re a band like Black Dice that operates on alien principles. So I welcome “Big Deal,” their first new song in four years, the A-side of a 12” single out next Friday. I can only hope that there’s a new album coming around the corner, because even if this song doesn’t confuse or excite me quite as much as Repo or Eric Copeland’s Alien in a Garbage Dump or Strange Days, it’s a reminder of how badly we need bands like Black Dice, Deerhoof and Lightning Bolt to stick around these days. “Big Deal” is even more quantized and hi-fi than Mr. Impossible, and again the lines are blurred further between the band’s sound and Eric Copeland’s superior solo work, as his instantly recognizable yawp and growl guide the end of the track into its crashing oblivion. With Copeland’s own Black Bubblegum LP out this summer, we’re flush for now.