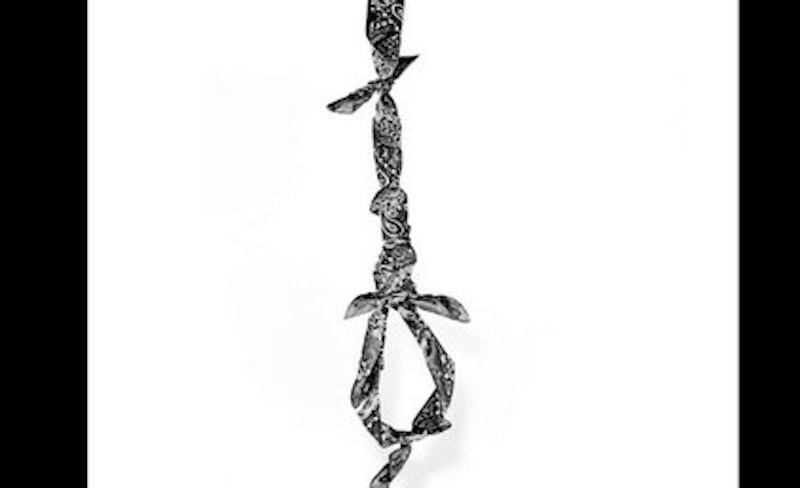 Sometimes I worry for Vince Staples. Born and raised in Long Beach, CA, Staples is easily the most interesting, provocative, and conceptually grounded rapper to bubble up since 2011, since Michigan’s Danny Brown took the Internet by drug-drenched storm. He’s a 21-year-old knee-deep in mixtapes who’s staked out a position somewhere between Freddie Gibbs realness and a sort of sociological militancy; to peruse his interviews is to daydream about him becoming the next Ta-Nehisi Coates or Killer Mike. But a fine line separates shining a harsh light on the inner-city condition and unconsciously exploiting the same, and the danger of crossing it is very real. Staples’ recent singles exist on either side of that line: any possible nuance “Blue Suede” might bear beneath its loping bravado roundly asphyxiated by a klaxon-like synth-whine, “Hands Up” casting something more than mere side-eye at law enforcement in a post-Ferguson America. And maybe, sure, it’s a feint—with the former designed to hook the ignorant shit crowd while the latter rallies progressives.

Shyne Coldchain 2, a superb mixtape from earlier this year, better embodies Staples’ ideal persona; it’s aggrieved, autobiographical, instructive and sly. There’s never a sense that Staples is pandering. He raps circles around and through the beat of standout “Locked & Loaded,” a breathless whoosh of pulsating, soula-coaster whoaaas that his verses repurpose as the executive summary version of a mission statement. The imagery is potent, calibrated: memorial candles puddling on a street corner, the gun tucked upon leaving the house, the children shot by accident, parallels between street and prison attire. “My life a movie,” Staples spits on the chorus, “Hope you enjoying the show.”

In a less fractured cultural landscape, anti-police songs would be hugely popular today. Indeed, the likelihood that today’s 18-year-olds will be screaming the lyrics to “Don’t Talk to Cops” at each other ironically 20 years from now—or the aforementioned “Hands Up,” or anything from Killer Mike’s R.A.P. Music—is so absurdly low that it’s enough to harsh anyone’s mellow. All we’ve got anymore, it seems, is right now. I’ve dug some of the noiser solo work that Decide Today singer Robert Inhuman is responsible for, yet I’ve never gone all out on his back catalogue for want of time and wherewithal. But it’s reassuring to know that the guy is still out there on the front lines, arranging all-ages shows and willingly sending posters to people who cough up their addresses (me included) and raging furiously against a machine that’s uglier, more insidious, and more frustratingly complicated than it was when Rage Against the Machine was a going concern.

“Cops” explodes like a paper bag of bang snaps that won’t stop popping for five minutes, an ugly, seething bolt of synth-punk: artificial drums tripping over each other, sampled sirens smirking out of the mix, guitars and keyboards cruising the melody but so stampeded by gang chants and static and just clatter that the whole is more noxious and bracing than average hardcore can feel. Inhuman buries a ton of invective under the din, but the chorus is clear enough that it’s impossible to miss it, even if you’re at a point in your life where you don’t fully subscribe to the notion: “Real punks/Don’t talk to the cops.”

Because Leonard Cohen’s singing voice resembles honey infused with ashes and gravel, what the man actually sings is irrelevant; if the entirety of Popular Problems was drawn from Bob Lefsetz’s One Direction concert review, those of us predisposed to the 81-year-old poet’s charms would forgive him without thinking twice. On “Chains” Leo solemnly and thoroughly milks the cheese teat, a twinkle dancing in his eyes—dump-trucking biblical imagery onto a loose gospel arrangement, growling hoarsely more than singing, the backup chorus verging on Real Man of Genius parody.

Narratively the song goes nowhere, sure, but my, those swerving organs, and oh, those feathery drums; I dare you not to sway imperceptivity, to laugh Cohen’s discontinuous ruminations off. He’s conjuring something, even if most of us are too young or too fatally distracted to grasp it yet—in a way, this truth is his magic, which isn’t too different from spending Sunday morning in the last pew of a church without really paying much attention to the sermon, but walking away changed or momentarily settled in some indefinable way.