In Ariana Grande’s hands, a track thunders while retaining sensuality and grace. 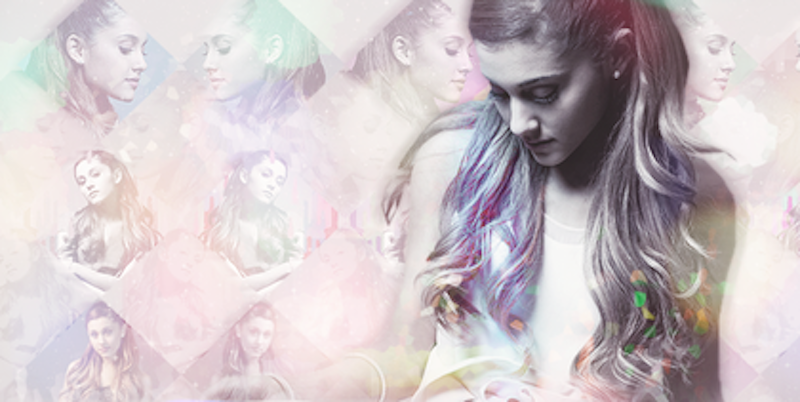 Ariana Grande’s new album, My Everything, released two weeks ago, currently sits on top of the Billboard album chart and has three singles in the Top 20 on the pop charts. One of these songs, “Bang Bang,” also features Nicki Minaj, and it’s the third Minaj track to get inside the Top 25 this year. Not only are these two artists capable of putting several singles near the top of the charts simultaneously, but they also notch critical approval. Grande, for example, received “Best New Track” status twice on Pitchfork, unusual for someone who gets radio play and doesn’t rap; the anticipation that meets every new Minaj verse is only matched by the detail with which those verses are subsequently dissected. It’s increasingly hard to imagine male singers who can match these feats, combining commercial viability with artistic credentials. Currently, almost all the dominant pop figures are women.

It’s not easy to please both the critics and the people. If you turn on the radio right now, there’s a good chance you’ll encounter the song “Rude,” by Magic!. This particular tune is comfortably ensconced at number one, but it’s angered so many critics that the band might have to start covering Taylor Swift’s “Shake It Off” during shows to boost self-esteem. New Yorker writer Sasha Frere-Jones recently tweeted “‘Rude’ is so bad that everyone I’m connected to has entirely different reasons for hating it.” In a piece for Spin, Carl Wilson noted that he “can’t remember when [he] last hated the biggest song in North America so intensely.”

Where are the reliable male pop stars, the music institutions that can bend radio, and maybe the music press, to their will? Justin Bieber is currently off the burner (watch out for his next phase, which will likely earn more attention from critics now that he’s had several run-ins with the law). The English group One Direction put three singles in the Top 25 in 2013, matching Grande’s and Minaj’s totals this year, but the music press couldn’t care less, due to the boys’ remarkably bland aesthetic. Jason Derulo, with his ear for of-the-moment beats, is probably the biggest dual threat right now, able to convince radio programmers and critics.

Rappers are really the biggest male pop stars these days. Kanye West will likely put out a new album soon; that said, the lead single from his last release, Yeezus, didn’t even crack Billboard’s Top 50, and according to an interview with GQ, the rapper is “undecided” if his next release will be a “full-on pop record.” The one artist Kanye acknowledged as competition (during that same interview), Drake, isn’t putting out an album this year. Like One Direction, Macklemore and Ryan Lewis make their impact mainly on the charts, or sometimes with a text, but don’t factor in critical discussions.

What about the older guard? They’ve seen their powers diminish. Take Usher: between 1997 and 2004, everything he touched went Top Five; these days, his singles, like “Climax” and “Good Kisser,” are more interesting than ever, but they don’t become mega-hits. Justin Timberlake and Jay-Z have the opposite problem. They used to be on pop’s front lines in a time when both male and female stars were looking to be the first to find new sounds, but they’ve fallen off—they can still get into the Top 10, but their music is boring and self-satisfied.

The one constant for guys who’ve landed high on the charts over the last few years has been throwback appeal. Pharrell’s “Happy”—or the two big songs he was involved in last year, “Blurred Lines” and “Get Lucky”—all evoke pristine pop history. Bruno Mars borrows his look and moves from Elvis and James Brown; his sound comes steeped in soul and classic rock. John Legend landed the biggest song of his career by going back to one of the oldest setups in the book, just him and a piano.

This could just be a coincidence, but it’s more likely that these guys are reaching back to a time when men were the biggest stars in music. That was largely due to the former prominence of rock, always a male-dominated enterprise. But the stars of classic soul and funk also skew heavily male—few women get included in the canon that contains Otis Redding, James Brown, Al Green, Stevie Wonder, and Marvin Gaye. There are chart-busting ladies working now who rely on the throwback angle—see Adele or Meghan Trainor’s currently climbing “All About That Bass”—but it’s less common. Sia, currently in the Top 10 with “Chandelier,” isn’t going to record an album of soul covers with an orchestra any time soon.

So women keep moving pop forward. Grande initially attracted a truckload of Mariah Carey comparisons on her debut album, Yours Truly, but that style fades to the background on My Everything. When she does use the past explicitly, she’s savvy about it: the song “Break Your Heart Right Back” could be seen as an update of Diana Ross’s “I’m Coming Out” or Notorious B.I.G.’s “Mo Money, Mo Problems” or a nice new track, depending on the age of her listener.

Grande works with lots of young artists instead of old ideas. The range of partnerships encompasses rappers—male and female, some you hear on the radio and some you don’t—electronic music stars, and rival pop singers. Tellingly, “Love Me Harder,” a collaboration with the Weeknd, sounds like a song that Lady Gaga and R. Kelly—both once-dominant pop stars who can no longer find the charts—tried and failed to make last year, “Do What You Want.” In Grande’s hands, the track thunders while retaining sensuality and grace.

In the fall, Tinashe and Tove Lo, both young singers who recently earned their first Top 25 hits, will be looking to climb the charts. Charli XCX, who has contributed to three Top 10 songs already, is putting out more music. And the big guns weigh in: Minaj and Taylor Swift are both releasing albums. My Everything is just a taste of what’s to come.