Triple Threat: Bridgit Mendler, And So I Watch You From Afar, and To The Lovers, Farewell. 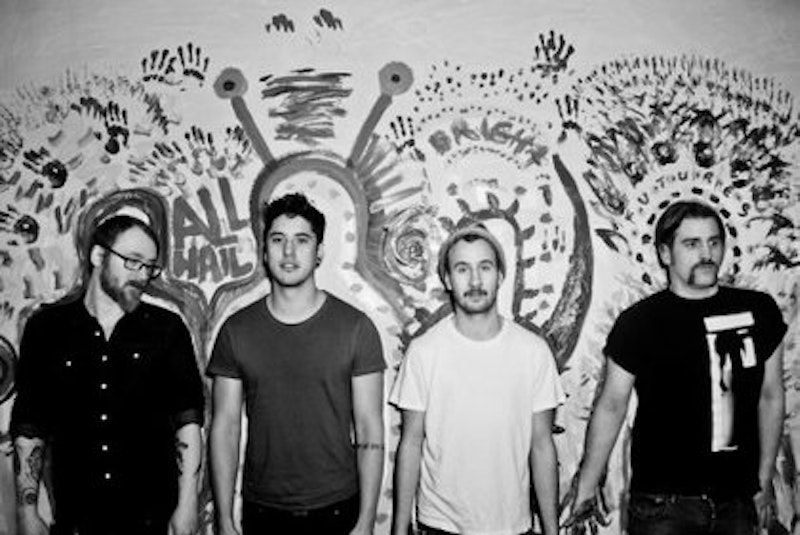 Back when hip-hop was being invented, nobody worried—nobody could have imagined—that the nascent genre's demise might manifest as Natasha Bedingfield partying with doodled boom boxes, or Mac Miller, or Rita Ora, or some dithering idiot named Bridgit Mendler sing-spitting mixed messages about how awesome her orgasms are over teen-pop production and an oblivious choir. Yet here we are. This is a choose-your-own-adventure kind of thing, believe what you like: that the hurricane is love, or a special dude, or God, or the mother of all climaxes. This is the kind of disingenuousness that bugs me in terms of most pop, like how Ashlee Simpson's "Pieces of Me" or Michelle Branch's "Everywhere" can pass as Catholicism or co-dependence depending on where you choose to sit. Courage, pop stars! Get hold of some.

And So I Watch You From Afar, "Like A Mouse"

So many promos fly under the radar, and honestly: All Hail Bright Futures got played because two copies of it arrived in the mail on the same day, and because I knew nothing about the band, and because I stumbled onto actual spare time, and, you know, thank God. Northern Irish weaponry bristling and bursting, And So I Watch You From Afar (pictured, above) do euphoric semi-instrumental rock as Mount Rushmore-sized enterprise/full-on Fourth of July fireworks display. "Like A Mouse," hilariously and inevitably, is unyieldingly lion-esque, with wordless gang-chants gilding the staggered onslaughts of percolating drum-circle ka-thumps and clumped, speaker-panning guitar hurly-burly, all of it free, electrifying, and beyond drunk on joy. I'm reminded of the concentrated insanity of Ice Cream Spiritual-era Ponytail, and also a line from a Fang Island press release: the sound of "everyone high-fiving everyone."

To The Lovers, Farewell, "Weak Men Flexing What They Can In Groups Of 12, Either A Football Team After Hours Or Your Dad In His Younger Days With His Mates"

Red Venice Records head Kristian Cole records scads of panic-attack, noise-inflected techno pop sides as To The Lovers, Farewell. His cuts are generally hard, spiraling fare, all spaz, dazzle, and heaping piles of uncut ephedrine, with little room provided for gray area impressions: it's either k-hole catnip or it's splayed-beat crap. On "Weak Men," however, Cole trades in dance-floor propulsion for sexual-abuse topicality, looping industrial squalls and mortifying sound bites into a spluttering, screaming jalopy of exploitation and desire. When Cole stutters "sex" so the word repeats in endless succession, he's simultaneously condemning and mimicking pornography; when he re-ups a doomed, nonchalant young woman declaring "I never once said I were raped—I said he had sex with me," the horrors of self-objectification are effectively driven home, and it becomes easier to grasp the whys and wherefores of the pervasiveness of sexual slavery as an international institution. Some of your goddaughters are already this fucked.