Album unfairly dismissed as a gauche and annoying. 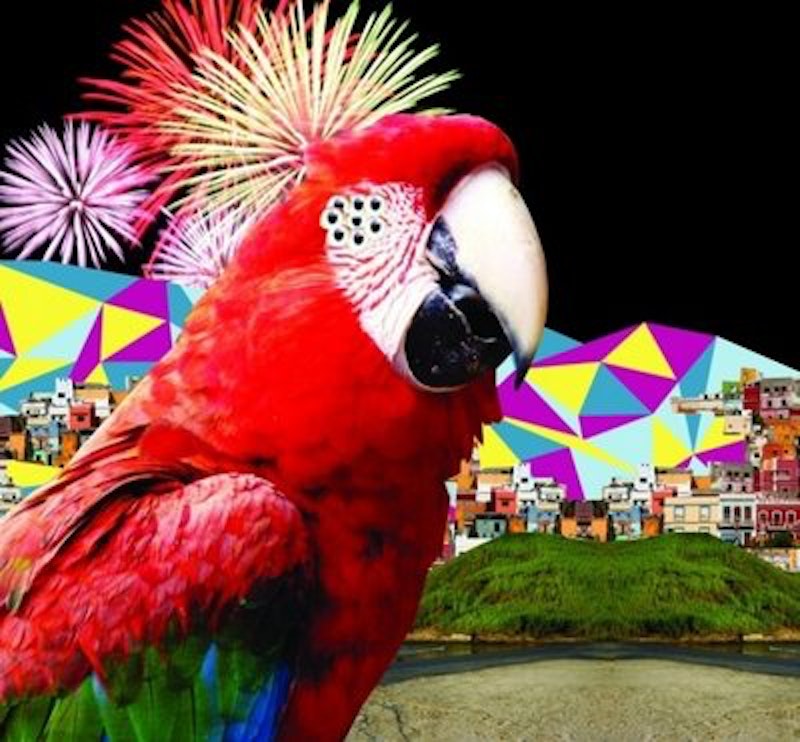 El Guincho’s Alegranza! is a lost masterpiece. Mostly slept on or dismissed as derivative in 2008, Pablo Diaz-Reixia’s second record as El Guincho was the joyous yin to Person Pitch’s sad, sedated yang, an enormously cathartic pummeling of drums, marimbas, droning, highly melodic sampled phrases of guitar, organ, choir, and anthemic, multi-tracked vocals. Person Pitch was practically canonized upon its release in 2007 and it’s obvious how big of an impact it had to the present day. The SP-303, -404, and -555, weapons of choice for the AC since 2004, are iconic, and they make creating crummy AC rip-off jams very easily. You’ve seen too many bands in basements bust out some ridiculously repetitive and uninteresting King Tubby sample while moaning out of tune. Nothing is distinguishable: washed out, reverb retarded, moaning whale call forest water spiritual crap with delay dementia.

Alegranza! came out a year before Merriweather Post Pavilion, yet it was largely dismissed as a gauche and annoying rip-off, “soulless,” “uninspiring,” released at the wrong moment. Since there is no posterity anymore, it will likely sink into obscurity—if it hasn’t already—since Diaz-Reixia has taken his time with follow-ups and hasn’t exactly kept a high profile. Alegranza! is so much more than party songs filled with signifiers of “2008 in music.” His songwriting and melodic sense is so compelling and catchy, every rhythmic accent, vocal line, and counterpoint executed perfectly and precisely, with little of the wild, out of control reverb and delay that bogs down so many of his contemporaries into the muck. It was never clear to me how much of the drums on the record are performances by Diaz-Reixia and how much are looped samples: listening closely to “Antillas,” which is driven by a droning six-note chirpy organ phrase, the powerful, interlocking orchestra of percussion I thought was performed by El Guincho and his flat-mates, is just a button on his 404 from some old Tropicalia record.

Despite the digital precision of the rhythms, songs like “Costa Paraiso,” “Kalise,” and “Fata Morgana” invoke dozens of musicians and participants banging away on their percussion of choice, singing along to lullaby melodies and interlocking and converging with one another. The spirit of the music isn’t heavy or dark; the happiness is completely uncontrived, a natural byproduct of the record’s relentless pace and driving rhythm work. The lyrics are secondary to the sounds of the words Diaz-Reixia uses, but it makes me regret not retaining more of my Spanish classes. And because of the dense, loud mix, gets across the essence of each song brilliantly but with headphones you start to hear treasures, smaller details like the mechanical thumb piano phrase that quietly drives “Prez Lagarto.” Its timbre, syncopation, rhythmic phrasing all overwhelmed me the other day and led to a completely ineffable moment, when a piece of music effects you so greatly it feels like the center of the universe for a minute. I’d much rather suffer an army of El Guincho admirers than what we have now.