Perfection at the Disco 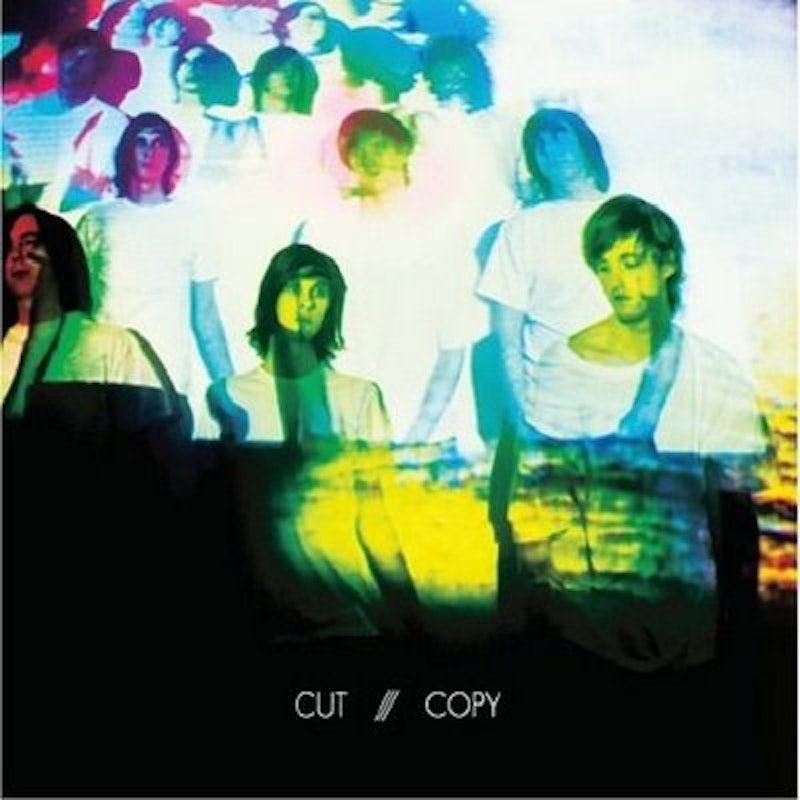 Cut Copy's In Ghost Colours opens with a heartfelt, sweetly harmonized, rising "Ahhhhh," as the electropop gathers itself for its ascent into sunshiny swirls. "All the girls I've known are crying/All the clouds have silver linings," they declaim with full on radio-ready sincerity, punctuating the lines with a series of "ooooohhhs” that could be those girls crying or just a general effusion of glad sad exuberance. Then, just to clinch the air of future-past pop nostalgic ("I know the days are counting backwards," as they say), they throw in some computer-altered vocals—robots dancing with butterflies in the faerie disco of the heart.

In Ghost Colours came out in 2008 to some moderate acclaim—I first heard about it when a little website called the Factual Opinion picked it as its best album of 2008. I still see it mentioned with affection on occasion, but there's little doubt that it's fast moving towards that memory-hole reserved for decent pop albums that are neither mega-hits nor critical darlings. Which is a real shame, since the album is one of those rare treasures, a remorselessly light-dappled piece of ecstatic pop which is so well-crafted that it neither flags from beginning to end, nor wears on repeated listening. The New Order influence is obvious and pervasive—nowhere more so than on the unbelievably infectious "Far Away." But where New Order's limited bag of tricks could lead to monotony, Cut Copy has a limitless supply of gimmicks at its disposal.

"Unforgettable Season," for example, weds a standard-but-tasty dance-floor beat to weird detuned guitar crunch from VU via way of Sonic Youth (a connection only emphasized by the fact that Dan Whitford's nasally speak-singing strongly recalls Lou Reed.) The result is that the song's propulsion always seems on the verge of deconstructing; it races forward and drags towards chaos at the same time. At the end it finally dissolves for just an instant into alt-rock noise squall… before the seamless, joyful transition to the next tune, "Midnight Runner," complete with sweet harmonies and ambient washes. Or, on another tack, "Strangers in the Wind" slows down the beat for a reflective synth-heavy meditation which starts out with processed ooohing from the band members who sound like they're electronic birds and ends with those same birds stuttering over cheesy wind effects and some awesome bass burping. In the middle, Whitford declares in those bored urgent vocals, "Run to the lights of the city," and the tempo shifts just right so it feels both melancholy and transcendent—an electronic longing for sublime oneness with the nightlife you never had.

As numerous reviews have pointed out, there's nothing especially original about Cut Copy. They haven't forged a new genre, or even exactly put old genre pieces together in new ways. At times, as on the massively hooky "Hearts on Fire," their recycling of their influences can sound like a self-parody—the touches of disco so insistently referential that you can't believe they really mean it.

But if Cut Copy didn't invent retro-disco alterna-electro-pop, you can argue that in this album they perfected it. Certainly I've done a far bit of searching, and I haven't come up with anything comparable. Even other successful similar efforts, like Hercules and Love Affair's self-titled debut, for example, or Cut Copy's own follow-up, Zonoscope, tend to seem rote, thin, and obvious in comparison, relying on a few great songs and an excess of filler. In Ghost Colours, on the other hand, is a single sustained rush, the songs blurring together, the anticipation of the party, the party itself, and the morning-after memories all flowing into a single multi-hued exaltation. Perhaps it's the album's very effervescence that dooms it to increasing obscurity. In Ghost Colours sounds so easy that you wonder why everyone doesn't do it, and so right that you wish everyone would.