A look back at Carlene Carter's Little Love Letters. 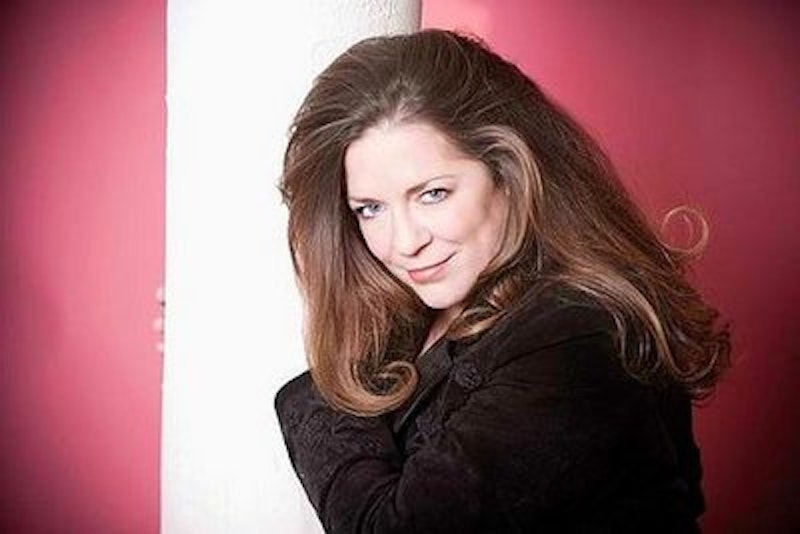 Country from Hank Williams to Gretchen Wilson has been about nostalgia, taking a fetishized rural past and repackaging it with the latest sounds for an urbanizing audience that wants the authenticity of the past without any of the poverty. Usually, the genre manages this through the simple expedient of imitating 20- or 30-year-old pop music (like Wilson's mediocre retro-hair-metal). Alternatively, there's the Alison Krauss method, in which traditional tunes are slathered in high-gloss production and higher-gloss earnestness, creating a sepia slickness suitable for NPR.

Carlene Carter's 1993 album Little Love Letters, though, tries something different. The first song, "Little Love Letters #1," is a one-minute long song which is not about love letters at all. Instead, the lyrics focus on more up-to-date modes of communication. "My answerin' machine is feelin' lonely and blue/'cause it ain't had a message in an hour or two/And my fax machine has tears in its eyes/'cause there ain't no words burnin' through its wires," Carter declaims, drawling out the words at the end of each line. The music jerks and burps along with her, highlighting a repetitive guitar twang/bleep that sounds like country imitating techno, or like a little love letter left on an answering machine.

Perhaps Carter's secret is her family connections: daughter of June Carter and Carl Smith, stepdaughter of Johnny Cash, granddaughter of Maybelle Carter, she can hardly avoid evoking the country past no matter what she does. Or it could be that she's just a better songwriter than most of her peers. In any case, she and then-husband/producer Howie Epstein managed to effortlessly mash-up old genres and new styles without sounding either tired, or stupid, or precious. "Every Little Thing" is a shoulder-shrugging rave up with sexy, witty lyrics ("My tongue gets tied when I try to talk/My knees get weak when I start to walk/So I might as well stay home/And keep thinkin' about you") that hit the sweet spot somewhere between Waylon Jennings and Fleetwood Mac. The slow, twee weeper "Unbreakable Heart" gets the psychic connection between Dolly Parton and Joni Mitchell. And the devastating "Long Hard Fall" places a country rock arrangement over pure mountain keening. There are few sounds in music as beautiful as the devastating catch in Carter's voice as she sings, "It was sometime late December/The leaves were gold and green/My baby's eyes were the saddest sight I'd ever seen."

June Carter was always underrated as a singer; her growl seen as a flaw rather than as a soulful feature. Carlene, too, is rarely given her due. Yet, listening to this album, it's hard to speak highly enough of her performance. I love Emmylou Harris; I swear by my Linda Ronstadt albums. But I don't know that either of them could rival Carter's joyfully retro romp on "I Love You Cause I Want To," where rockabilly hiccups blend into those old timey falsetto moans, and you realize that Wanda Jackson must have been listening to Sara Carter as well as Elvis all those years ago.

The performance is so casually commanding that Carlene doesn't even sound like she's boasting when she tells her man, "I could be tearing the Eiffel Tower down to the ground/I could be helping Superman and break the speed of sound."

So why didn't Carlene Carter top the country charts? Why isn't she an alt-country icon? Damned if I know. Carter had some serious personal problems, sure, but so did Steve Earle, and everyone thinks he's a genius, though he can't sing at all and never made an album as perfect as this one. Maybe her seamless integration of old timey, rockabilly, outlaw, and country rock confused a fan base that prefers its retro-markers to be less heterogeneous. Or maybe she just had bad luck. Whatever the reason, I'm currently kicking myself for taking 20 years to appreciate this album, and looking forward to getting my hands on everything else she recorded.  I'm a bit late with my nostalgia, but I'm sure Carter would understand.