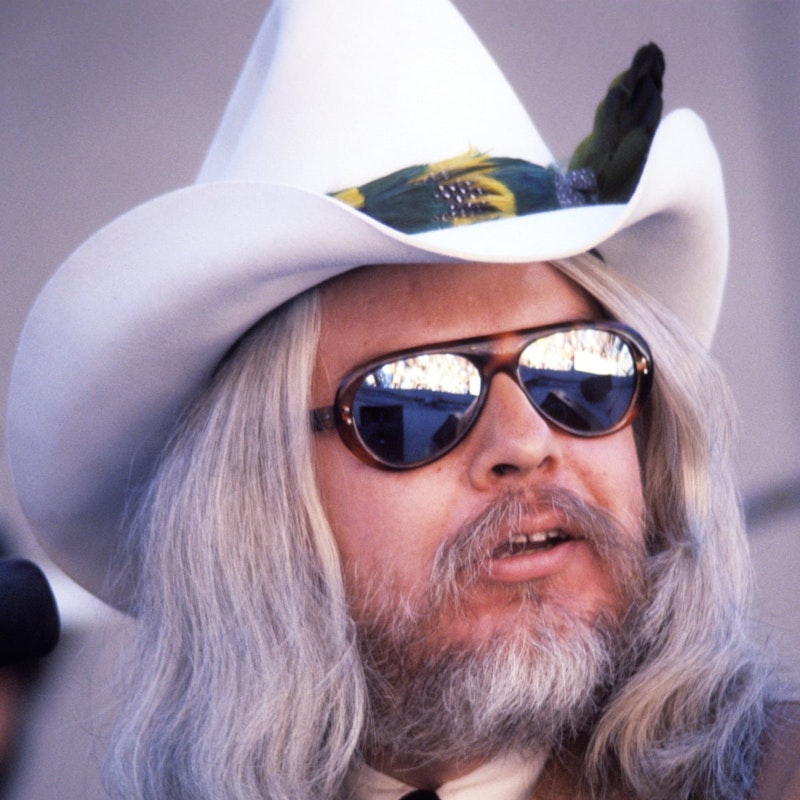 The Kinks: The Kinks are the most underrated band of all time. But The Kinks have too massive of a reputation to make this list, you say? Think again, because the status they have is built on a small percentage of their brilliant musical catalog. There're a bunch of their songs that people should be as familiar with as, say, every single song on The Beatles' Abbey Road, but that didn't happen. How many know that Ray Davies, the main creative force behind The Kinks, had a major influence on John Lennon?

The casual observer of rock music knows three Kinks songs: "Lola,” "You Really Got Me, and “All Day and All of the Night.” All three are great—no rock 'n’ roll song has a more thrilling groove-based buildup to a resolution than "You Really Got Me—but it's frustrating the band isn't ranked alongside bands like The Beatles. There’s "Waterloo Sunset," "Tired of Waiting," and "Well Respected Man." I can only attribute The Kinks' lagging reputation to the fact that the powerful, authoritarian American Federation of Musicians banned the band from the U.S for four years right at the height of the British Invasion because of their wild stage antics and refusal to show up for a few gigs.

Leon Russell: When a musician chooses to focus on musical achievement at the highest level over career advancement, he can make massive contributions to music in so many ways and still fail to become a household name. Leon Russell's the ultimate example of this phenomenon, and the result is that a bonafide musical genius achieved only a fraction of the name recognition of a not-even-mediocre band like KISS.

It's fascinating trying to pinpoint the cause of the underachievement in brilliant musicians. In Russell's case, it came down to some odd career decisions right when his career started to take off. And Russell often made his artistic contributions as a behind-the-scenes guy working with the likes of the Beach Boys, Phil Spector, the Byrds and Frank Sinatra as a first-call session pianist. Russell also wrote a string of songs made famous by artists such as Joe Cocker, The Carpenters, George Benson, and Amy Winehouse.

The Oklahoma-born singer-songwriter-instrumentalist-arranger had exactly one hit record—"Tightrope," in 1972—off of his tremendous album, Carney. He was like an alien who'd descended to earth and absorbed all the soul, country, R&B, and gospel music from the past 50 years and synthesized everything into a new, unidentifiable sound. But after the success of Carney, Russell decided to release country albums under the pseudonym "Hank Wilson." That's when his career went sideways, which perhaps was fine with him, or even his intention.

Steve Earle: This fixture of the Nashville recording scene for decades should be more famous than he is, but Steve Earle's another one who chose to fly under the radar instead chasing stardom. The singer-songwriter, who released his first EP in 1982, and broke into the mainstream in 1986 with his album, Guitar Town, has worked in multiple capacities in the recording studio with stars like Johnny Cash, Waylon Jennings and Emmylou Harris. Both onstage and in the studio, he brought a unique synthesis of folk, rock, and country music, but the Hell's Angel lookalike is seldom included in conversations about the heavyweight contributors to musical history. Earle’s music's rooted in established musical traditions, but always feels like it's directly connected to the future.

Marshall Crenshaw: Since Crenshaw's infectious self-titled debut in 1982, he's released nine more rockabilly-influenced albums. He's not even famous. Crenshaw makes joyful, drinking-beer-at-the-lake music that bombards the listener with pop hooks. With his debut 1982 hit song off of his first album, "Whenever You're On My Mind," Crenshaw introduced his irresistible, jangly power pop, which has drawn comparisons to Buddy Holly. A walking encyclopedia of eclectic musical knowledge, Crenshaw handles both lead vocal and lead guitar duties. Trying to pinpoint why this musician hasn't received close to the hype he deserved, I can only guess that the Warner Bros. A&R people fumbled on a huge gift they'd had dropped into their lap.

Graham Parker: Both Graham Parker and his fine backup band, The Rumour (with roots in the "pub rock" genre), have reputations lagging behind their talent and contribution levels. The angry young man from East London established himself as a musical force with his fourth album in 1979, Squeezing Out Sparks—produced by studio legend Jack Nitsczhe—which injected an appealing level of vitriol (even in the slower numbers) into energetic, new wave pop, especially with "Local Girls" and "Discovering Japan." Parker's Elvis Costello minus the adulation; the fact that so many of his records have turned up in bargain bins is a travesty. Looking for the root cause of this artistic injustice, I could only to pin the blame on Mercury Records. Parker certainly did, spelling it out on his song, "Mercury Poisoning." An excerpt: "The geriatric staff think we're freaks/They couldn't sell kebabs to the Greeks/The geeks/Inaction speaks."

Freedy Johnston: "Songwriter's songwriter," a label often attached to this New York City-based singer-songwriter, is a nice way of explaining why a musician never caught on like he should have. If producer Butch Vig hadn't pressed Johnston for more songs during the production of his breakout album, This Perfect World (1994), the world may have been deprived of the first song to get him national radio play—"Bad Reputation." Vig recognized a hit when the musician sang it for him, and demanded that he record it.

Johnston may be stuck with the label of "one-hit wonder" from that song, even though the rest of the album has plenty of gems, including the mournful "This Perfect World," and "Evie's Tears."

Laura Nyro: It's shocking how little attention gets paid at this point to such a first-rate singer-songwriter-pianist with a three-octave vocal range, but it's not like the New York City-based Nyro hasn't been neglected for most of her career, which took off in the 1960s. Like Leon Russell, the writer of "Stoney End," "And When I Die," and "Eli's Coming" operated behind the scenes as well as on the stage. In addition to Three Dog Night, Nyro wrote songs for, among others, Barbara Streisand ("Stoney End," Streisand's best, stripped of the maudlin feel of many of her songs), The Fifth Dimension ("Stoned Soul Picnic"), and Blood, Sweat & Tears ("And When I Die").

It's not like Nyro wrote songs for others because she was a mediocre singer, like Carole King, for example. Nyro's incandescent singing (inexplicably, I've heard her voice referred to as "an acquired taste") was on par with her songwriting ability. One person who recognized the artist's outsize talent was David Geffen, who managed her early in her career. Despite all that Geffen had done for her, Nyro eventually chose Columbia Records over him. Trying to zero in on why Laura Nyro isn't much more renowned than Carole King, I'd have to guess that not sticking with the guy who'd later become a billionaire mogul was her big mistake.

Judee Sill: Speaking of David Geffen, this Christian folk singer-pianist was the first artist he signed to his Asylum record label. Sill wrote mystical songs with spiritual enlightenment themes that were packed with Biblical references. Her songs, written by someone not destined to be long for this world, sound like they're not of this world. You'll hear her in Elliott Smith, another sensitive musician who died young—Brian Wilson too, sounding like he was in a prayer session in his living room sandbox.

Sill's life stood in stark contrast to her delicate, ethereal music. As a teen, she robbed liquor stores and gas stations at gunpoint for drug money, and spent time in prison. But she managed to remain alive inside, allowing her to write and sing such songs as "The Kiss," one of the most beautiful songs ever recorded.

While Laura Nyro dumped David Geffen, Geffen dumped Sill from Asylum, after which her life spun out of control. She quit the music business and struggled with drug addiction, dying of an overdose (possibly intentional) in 1979 at her apartment on Morrison Street in North Hollywood.

The Gin Blossoms: The false perception of the Gin Blossoms as a lightweight pop band and relic of the 1990s lives on 24 years after the Arizona group split up. But listen to their 1992 breakthrough album, New Miserable Experience, full of anxiety, booze, and jealousy that's propelled by some jangly guitar work, and you'll see that the music holds up today. Perhaps it's the first album with "misery" as the theme, but rarely has misery sounded so tuneful. The band's creative center, singer-guitarist-songwriter Doug Hopkins, was a depressive alcoholic who'd be dead by suicide the next year. Had R.E.M.'s Michael Stipe, for example, met a similar fate after the release of Murmur in 1983, that band would also be just another musical footnote right now.

The Byrds: My original list of underrated musicians didn't include this band, but then I realized that The Byrds are way too influential, but without the recognition they deserve. Like The Kinks, The Byrds are famous and respected, but still neglected—outside of critics and the cognoscenti—perhaps because they didn't have a single, charismatic frontman. Being more of an ensemble effort has its disadvantages when it comes to enduring fame, although there are plenty of advantages to having such formidable musicians as Roger McGuinn, Gene Clark, David Crosby, Gram Parsons, and Chris Hillman all playing, singing, and writing together at various points in the band’s career.

The Byrds were groundbreakers in their introduction of the 12-string guitar, psychedelia ("Eight Miles High"), folk rock ("Turn, Turn, Turn"), and country rock (Sweetheart of the Rodeo). Without the L.A.-based band's efforts, it's hard to imagine what bands such as Wilco, R.E.M., The Jayhawks, Echo and the Bunnymen, and the Gin Blossoms would've sounded like. There are only a few major styles of guitar in rock history, and McGuinn introduced one of them—the "jangly" sound, which even influenced country music.