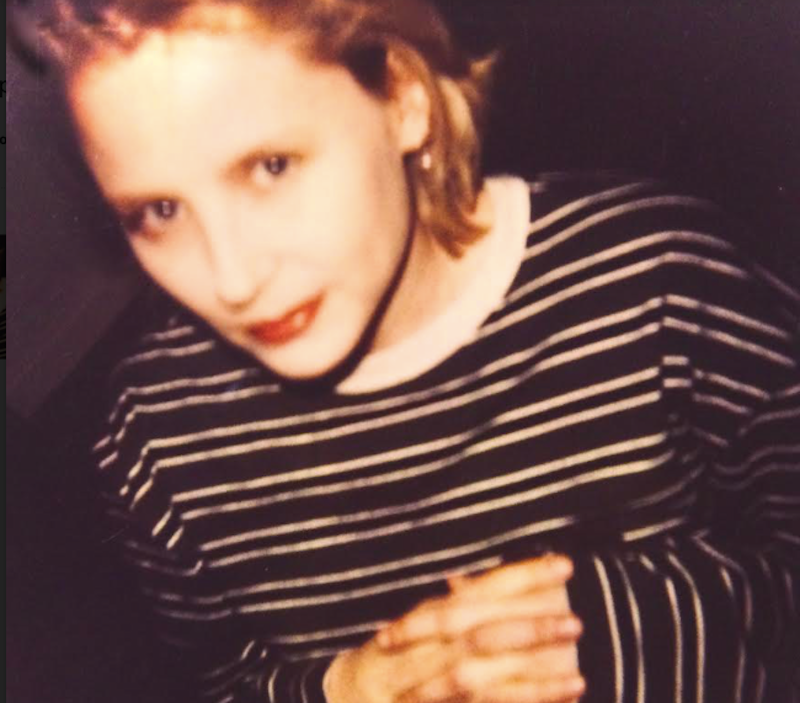 A tempest was ready to funnel its way through the small town of Columbia, MD around dusk on May 25th. That balmy spring evening in 1969, Merriweather Post Pavilion’s excited concertgoers overflowed into the parking lot. The venue’s deafening volume, painful to some, was accompanied by a pulsating, psychedelic light show. The “I was there” crowd confirms: they’ll always remember it, they couldn’t hear for days afterwards. The show: Led Zeppelin opened for The Who—a one-time only, double-bill, never duplicated piece of rock ‘n’ roll history.

Just think of the drums, Keith Moon’s madness with The Who performing Tommy paired with Led Zeppelin’s John Bonham’s sticks of fury. Big brother Johnny took his little sister to the show that night. She was awestruck by Bonham’s prehistoric bass drum’s foot stomps, tom-tom banging and hard snare hits. The 11-year-old girl had a life changing “epiphany.”

Step back and rewind a few decades of American music history. When you pause on 1981, you’ll notice an unforgettable, beautiful beat emerging from a successful rock band that changed pop music. The Baltimore-based musician who did something new and nailed it solid, the Go-Go’s charismatic drummer, Gina Schock.

In the 1980s, the sassy sound of the Go-Go’s ruled the world. Seize the moment and count backwards from 10. Listen while you’re on number nine, suspended in a perfect state of California pop wrapped in a wad of bubblegum garage punk. Captivated by the group’s beauty marks, remember how time stood still for one eternal, hot summer day and night.

We’re at five. If you were a carefree spirit, check your Swatch—time for a fling, kidnapping hearts, holding hands, going out dancing, passionate kisses, secret whispers and falling asleep together.

Every band creates its own collection of snapshots: “We Got the Beat” blasting over a passing car’s radio. A crowded bar’s jukebox playing “Our Lips Are Sealed” three times in a row. Or how about head-bopping to “Vacation, all I ever wanted” on a Walkman while shopping in a grocery store.

After you finish the countdown, thank the timeless Go-Go’s for providing the soundtrack. By the way, they do a great cover of The Ramones’ “I Want to Be Sedated” live.

It’s easy to mouth-off a rock ‘n’ roll sermon about the famous rock star who grew up in Baltimore. Why? Because it produces a feel-good. Our brain rewards us with a blast of Dopamine, that can treat symptoms of “shock.” The old days are gone yet the music of Go-Go’s lives on “doing what it does,” making people feel happy.

Was heavy metal an influence in drummer Gina Schock’s early music career? Gina grew up in Baltimore’s German Hill, a neighborhood that borders Dundalk. The community’s hidden in the shadows of the now-closed Bethlehem Steel mill with its shipyards and marine terminals. This area defines the working class spirit of yesterday’s Baltimore. Air quality in the region varies, depending on which way the wind blows over the Patapsco River. Obviously, swim at your own risk.

Did dusty industrial vapors give Dundalk’s residents superhero powers and create an Ironwoman? The land of steelworkers and longshoremen wins a stamp of approval for raising sincere, loyal and honest children. Two-story homes have framed pictures of President Kennedy and Jesus. There’s an unspoken code of ethics: if you grew up around here, you worked hard.

Gina Schock made something that’s difficult to do look easy. Often the public sees talent like “snap of the fingers” magic. Mastering a skill is part of human nature. What’s invisible is the time and effort put into perfecting your craft while studying every rung on the ladder of success.

Gina’s first drums: the classic Lido Supreme’s with blue sparkles. Every day after school, the little drummer would come home, put on headphones, and then proceed to bang the hell out of those skins. She taught herself how to play music by listening to her favorite records.

What were her influences? Notice how the Rolling Stones work: Jimmy Miller taps the classic cowbell intro on “Honky Tonk Women.” Enter Charlie Watts from an opposite direction at half beat. He kills it with “Tchick-Boom-Bah” setting the tempo for Keith’s riff, bringing the song to life. Gina Schock studied it.

Is it possible, the Go-Go’s are some kind of religious thing? That’s true to some degree. Gina attended Sacred Heart of Mary and Catholic High where it’s claimed her experiences were rather painful. If you went to parochial school, no one can forget the guilty thoughts the teachers tried to hammer into your heads. When you hear “Guardian angel, Forget their lies” on “Our Lips Are Sealed” it seems only natural to rebel. Remember the controversial “holy cards” God Bless the Go-Go’s album artwork? That cover caused a major ruckus with the Catholic Church.

Why is Gina Schock such an inspiration to aspiring women percussionists around the world? The reason is, she’s that good. During her days playing Baltimore clubs, there was a common sight: Pretty green-eyed young men saying they’re there for the music. But really… they were there to spy. These jealous boys were so “nails on the chalkboard” envious, they had to see for themselves. They knew then, “no way” could they duplicate Schock’s ferocious and powerful style.

In the late-1970s, Baltimore’s historic Fells Point scratched its scuzzy underbelly. That’s when people still pulled all-nighters chasing sunrises. Edith’s Shopping Bag was located across from the Broadway Market’s food stalls in a neighborhood surrounded by greasy spoons, seafood joints, pubs and sailor’s bars. Local denizen Edith Massey was an original Dreamland actress who appeared in many John Waters movies. Edith sat by the store’s door every day, happy to sign autographs and always ready to chat. Robert Maier’s intimate film portrait Love Letter to Edie shows her unforgettable charm. Edith’s other job: performing with her outrageous punk band Edie and the Eggs. One day Edith asked Gina to join the Eggs. The band did an East Coast tour. In November 1978, the group went to California and played LA’s Nuart Theatre and San Francisco’s Warfield.

Baptized with a taste of California, Gina returns to Baltimore at age 22. Dawn’s early light brightened the Fells Point harbor as ripples of tidewater slapped against the piers. There’s not much sparkle here to recapture, in spite of loved ones and friends. Time to cruise. With music and stardust on the mind, Gina packs her belongings into dad’s pick-up truck. Next up, Los Angeles.

In 1979, LA had a vibrant punk music scene. After arriving on Valentine’s Day that year, it wasn’t long before Gina joins forces with fellow band mates: Belinda Carlisle, Jane Wiedlin, Charlotte Caffey and Kathy Valentine. Together riding high as the Go-Go’s, the band lassoes the airwaves capturing a generation’s heart with their original songs and harmonies. The group becomes “the most successful all-woman rock band of all time.”

Alison Ellwood’s The Go-Go’s documentary on Showtime details the band’s war stories. This year the Go-Go’s are nominated to the Rock ‘n’ Roll Hall of Fame. Go show the band your support by voting online.

It’s hard for me to picture what my life would’ve been like without the Go-Go’s. In light of that, there’s the poignant story of Gina Schock, the striking musician from Baltimore who always kept the beat going.