Sometimes I Get Worked Up About Prince Rupert Loewenstein’s Name 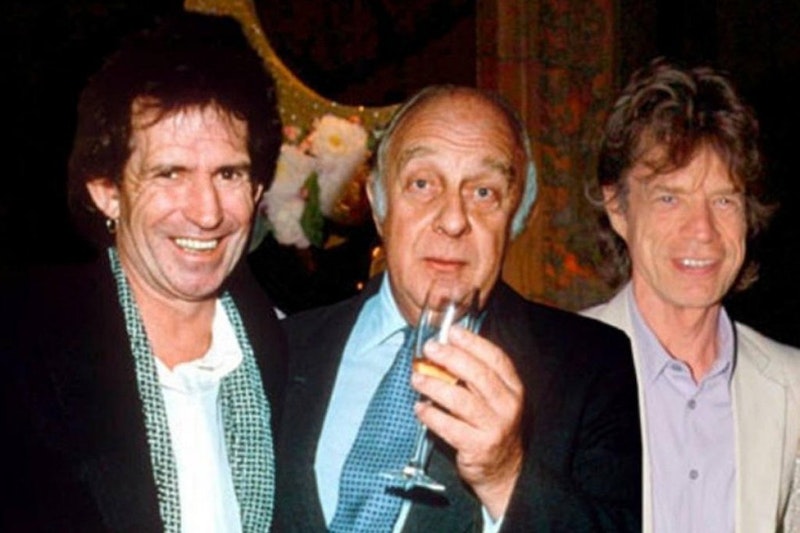 Here’s a rock bio gaffe: The Rolling Stones’ long-time manager, now deceased, is described as belonging to Vienna’s Jewish nobility. Prince Rupert Loewenstein was under the conviction that his family and title came from Bavaria, that he and his forebears were Catholic (except for the branch that had gone Protestant), and that his name wasn’t spelled Lowenstein, the first syllable having that additional “e.” None of this computes with Stephen Davis, author of Old Gods Almost Dead: The 40-Year Odyssey of the Rolling Stones. Possibly Davis looked at the “stein,” noted the prince’s skill with money, and decided that “Lowenstein” (Loewenstein to us) was a Jew. Or possibly Davis compiled an archive documenting the prince’s true background. If so, you can’t tell from his swollen beach read of a book, which has broad margins, print larger than carpenter ants, and only a modest quantity of documentation.

Nothing, let alone Prince Rupert’s genealogy, is sourced to anything in particular. In the back we get lists of the usual books and articles, plus a page or so of people’s names in alphabetical order; they’re thanked for helping out. Some of the names are familiar and some aren’t, and maybe one of them is a guy who used to have a guitar and Keith Richards stole it from him. Or maybe it’s a guy who knows a guy who says Keith stole the guitar. Or maybe one of the articles has an anecdote about Keith stealing the guitar because his limo driver’s cousin talked to somebody with a blog. Since I like Keith, and since the book does end with a small but disturbing anecdote in which my hero makes off with a fan’s guitar, I appreciate the Loewenstein gaffe. It reassures me. Nothing much in Old Gods may be all that true, beyond (possibly) tour dates and studio locations. The catch: The book’s not too useful and wasted my time. It’s big as a flotation device and written like a block of Styrofoam and I feel dumb for reading it. I wish one of us, me or the planet’s rock-book authors, had grown smarter over the decades.

Dating from 20 years back in what is now the band’s 60-year odyssey, Old Gods Almost Dead has itself become a relic. The print looms beside a comfortable broad bank of white, but the white has long ago turned into an amber-tinged cigarette-paper ivory. Get the right copy and that’s worth a look. Otherwise I recommend skipping Old Gods and reading Prince Rupert’s memoirs, A Prince among Stones: That Business with the Rolling Stones and Other Adventures. The narrative isn’t always too sheveled, but an intelligent man speaks and what he describes is a life bridging two dramatically opposed worlds. Read that book and you live a little. Old Gods just reminds you how long dying can take.