The Top 10 Country Songs About Cities and Towns 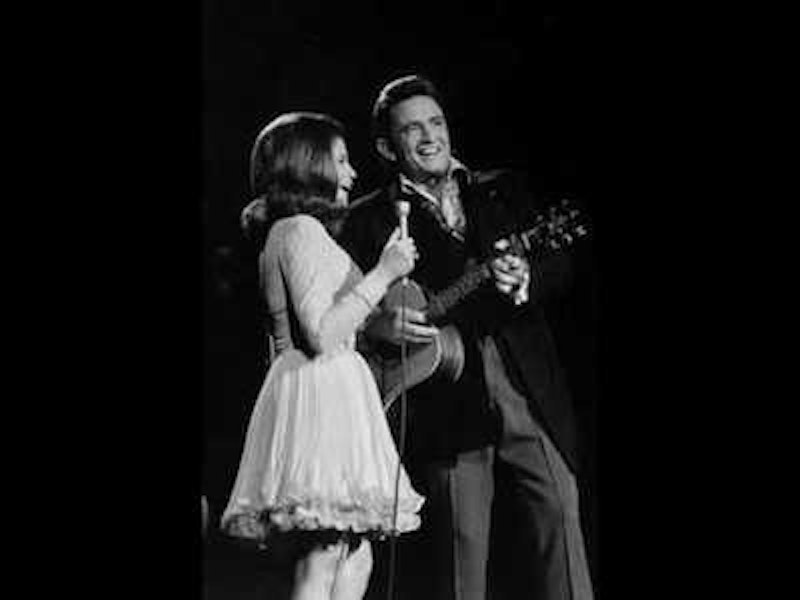 Plenty of country songs extol the joys of the country life—like rocking on the front porch far away from the concrete jungles and six-lane highways the city folk have to contend with. Tim McGraw sang, “I'm gonna live where the green grass grows, watch my corn pop up in rows.”

Country songwriters are more ambivalent about cities, however. The air’s not fresh there and people don't know their neighbors.

1.”The Streets of Baltimore,” written by Tompall Glaser and Harlan Howard, as performed by Gram Parsons.This one’s solidly in the bittersweet category. Parsons, the father of “cosmic American music,” sings plaintively about leaving his kin in Tennessee and taking his woman to Baltimore to please her. “Her heart was filled with laughter when she saw those city lights,” but he eventually realizes her true love is the night streets of Baltimore, and it's time for him to return to his roots all alone.

Parson’s vocal delivery on “The Streets of Baltimore,” one of his signature songs, touchingly conveys the vulnerability of a man who’s far from home and left to cope all alone in an alien environment with his pain.

2. “The Streets of Bakersfield,” written by Homer Joy, as performed by Buck Owens.The theme’s certainly right for Buck Owens who, along with his band The Buckaroos, Merle Haggard, and others, pioneered what came to be known as the “Bakersfield sound” in the 1950s in reaction to the slick, orchestral arrangements coming out of Nashville at the time. The new sound was unsweetened and stripped-down.

This song has a bitter edge to it. The narrator’s a ramblin’ man new to the California blue-collar town and he's not having an easy time of it:“But how many of you that sit and judge me/Have ever walked the streets of Bakersfield?”

Like “Streets of Baltimore,” but more defiant, the song deals powerfully with displacement and rejection in the city. Compare it to the fluffy confections emanating from Nashville at the time, and it sounds even better.

3. “Amarillo By Morning,” by Terry Stafford and Paul Fraser, as performed by George Strait. Strait had a hit in 1982 with this heavily-covered, wistful rodeo-themed song, which contains a number of familiar country tropes, including nostalgia, heartbreak, being broke, and the freedom of the open road: “Everything that I got Is just what I've got on,” and “I ain't rich but Lord I'm free."

The song’s about a rodeo performer who rides the circuit, taking the good with the bad. It's a sweet-sounding, melodic appraisal of a life that's not easy, but superior to other ones the singer only hints at.

4. “That's How I Got To Memphis,” written and performed by Tom T. Hall.Released on Hall’s 1969 album, Ballad Of Forty Dollars & His Other Great Songs, this song’s not so much about Memphis as it is about a man whose heart brought him to that Tennessee town: “If you love somebody enough/you'll follow wherever they go./That's how I got to Memphis.”

Hall’s songwriting craft’s on display here as he creates mystery by holding back key elements of this heartbreak story while singing in a broken, haunted voice. The listener can supply the missing details to this lovely, melancholy song.

5. “Galveston,” written by Jimmy Webb, performed by Glen Campbell.Campbell released this song he recorded with the legendary studio players, The Wrecking Crew, in 1969. It's about a soldier in Vietnam who’s thinking of the woman he loves in Galveston, not knowing if he’ll ever see her again. There's a stunning line in it—“I am so afraid of dying”—that comes out of the blue and packs a major emotional wallop.

The songwriter had intended this as a protest song, but Campbell's version didn't include the original line, “I'd go home if they'd let me.” It still works in its somewhat sanitized form because of Webb's brilliant combination of lyrics and tunesmithing. He wrote a love song to both a woman and a city that was perfectly suited to Campbell's flowing, evocative vocal abilities.

6. “Telephone Road,” written and performed by Steve Earl, with The Fairfield Four.In the chorus of his song, Earl describes Telephone Road, on the southeast side of Houston, as “10 miles long, 50 car lots and 100 honky-tonks.” It's also a place where many families in Houston grew up in and around the city's many oil refineries. Outlaw country rocker Earl sings, “I'm workin' all week for the Texaco check/Sun beatin' down on the back of my neck.” He's far from his home in Lafayette but not ready to back home (“Someday I'm goin' home but I ain't ready yet) because when work’s done, “Everybody's rockin' out on Telephone Road,” and he's having the time of his life.

7. “Jackson,” written by Billy Edd Wheeler and Jerry Leiber, as performed by Johnny Cash and June Carter Cash.The performers tell the story of a marriage that’s gone from sizzling to lukewarm using a call and response technique. Johnny’s talking big (“When I breeze into that city/people gonna stoop and bow”) about running away to Jackson Tennessee to run free, and then June mocks his bravado (“They'll lead you 'round town like a scalded hound”). The humor and the punchy lyrics are perfect for this great husband-and-wife performing duo.

8. “Dallas,” written by Jimmy Dale Gilmore, as performed by Joe Ely. Texas singer and guitarist Joe Ely sounds jaded about Dallas on this up-tempo number: “Well, Dallas is a woman who will walk on you when you're down.” He also calls the city a “jungle,” “a rich man with a death wish,” and a town with steel and concrete soul.” Maybe the reason I like this song so much is that I agree with him.

9. "Luckenbach, Texas" written by Chips Moman and Bobby Emmons, as performed by Waylon Jennings. This song’s an ode to the country life, as sung by a man who wants his wife to join him in getting away from “keeping up with the Joneses” in a place like Joe Ely's Dallas so they can fix their marriage. Country life’s the real life.

10. “Tulsa Time,” written by Danny Flowers, as performed by Don Williams.Williams’ rocking, first-person narrative, which many know only from Eric Clapton's 1978 cover, tells another story of regret about leaving home in search of the bright lights in the big city. He makes it to Hollywood, “but they don't need me in the movies.” Soon enough he's dreaming of his simpler life in Oklahoma, and setting his watch back to “Tulsa time.”