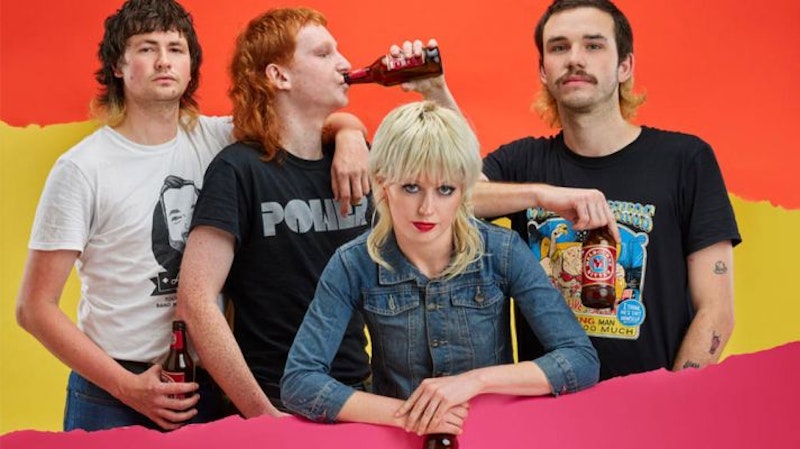 Amyl & The Sniffers, “Cup of Destiny”

There’s a good chance that Melbourne, Australia’s Amyl & The Sniffers are having way more fun recording any given song than you’ll have listening to it, though you’ll have fun. (There should be more Amy & The Sniffers songs.) The itself music is an inssouant garage-rock riot, the sort of enthusiastic kick that drifts in and out of fashion. The rousing “Cup of Destiny” is the first drinking anthem I’ve encountered in a good while that tries to make a positive, optimistic case for getting hammered; it’s so fun and zestful that one is almost able to shrug off memories of every near-fatal hangover or misadventure lost to time, to reach for and open a new bottle.

Even as I listen to it for what must be the dozenth time now, I don’t know how to tag “The High Price”—Krautrock? Motorik? Vector-collapsing? post-Glenn Branca groove?—but it’s a relief that this particular rampage exists, and that it exists without a vocal. At moments this (seemingly improbable?) super-group trio wants to clobber its chosen path senseless; at others, the guitars take pains to ignite all the gasoline that was being spread while the rhythm section had our attention. They’re going nowhere—which, as many of you have likely come to know, can be a really fun place to spend time.

Pusha T, “The Games We Play”

Hands down the best thing the now-concluded Wyoming Sessions had to offer, “The Games We Play” is—and this is least charitable read—an unabashed act of brand reiteration. An almost obsessive craftsmanship attends each Pusha T verse, and as an aside “just add water/stir it like a shake” could apply to Clipse’s lyrical economy in general. Here producer Kanye West loops a divine guitar lick from Booker Averheart’s “Heart ‘N Soul,” tightening those loops to heighten the drama; when the drums periodically intensify on Nas’ “Adam and Eve,” the effect is intended to be a similar one. The important difference: Pusha’s hauteur is vicious and clear-eyed, he’s rapping fully on-beat, pull-quotes abound containing multitudes, and you believe him even though you’re aware that his G.O.O.D. Music CEO gig actually pays the bills. Nothing new, nothing morally valid, but so exquisitely projected that it’s hard not to root for him.