The Three Best Country Albums of 2015

Now that Taylor Swift has abandoned country, bro country is even more all-encompassing. 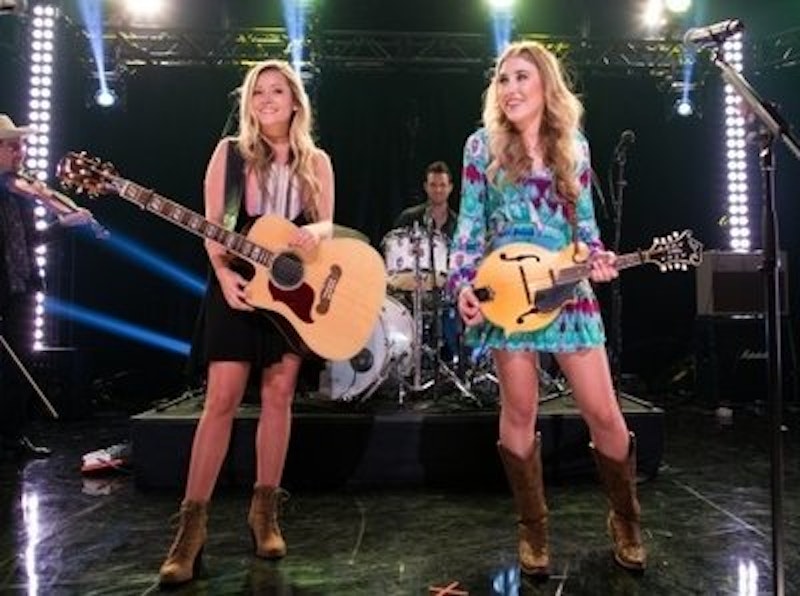 Last June country radio consultant Keith Hill declared that country radio is "a principally male format." That's no surprise to anyone who's been paying even marginal attention to country for the last decade. Miranda Lambert and Carrie Underwood have managed to get hits with some consistency, but they're notably singular. Now that Taylor Swift has abandoned country for pop, bro country is even more all-encompassing.

Still, it's not all XY. The Lori McKenna sung "Girl Crush" by co-ed band Little Big Town was one of the biggest country hits of the year. Maddie and Tae's "Girl in a Country Song" did well too. And there are a lot of women performing off to the side of country radio—including on my three best country albums of the year.

Mournful gothic roots duo Wyatt and Brooke teamed up for their first album, A Bitter Harvest, back in 2009. The follow-up, Bad Omen doesn't change the formula. Slow, drony, sparse tales of death and despair contrast and blend Wyatt's sad thespian baritone with Brooke's high-lonesome mountain twang—Nick Cave meets Sara Carter. "Not Over You" opens with a single plinking guitar, percussion provided by Wyatt's stalker-esque breathing until the slow drumbeat comes in; lost love sounds like being dragged into an open grave. "Miles and Miles" moves the pace up to a shuffle, as Brooke channels Patsy Cline weepers with Wyatt muttering and belching underneath. "What good's a heart that's always in doubt/What good are eyes that are cryin'/What good's a woman who chooses heartache/Over a good mans' lies?" Wyatt asks, forked tongue sticking through his cheek. These days country is often about blank, cheerful partying, but Wyatt and Brooke embrace death, heartbreak, misery, and betrayal. You don't even need to hear the last song, "What Happens to Our Love?" to know that the answer is, nothing good.

Merging country and rock in 2015 often means anthem choruses, bellowing, and recycled guitar solos. Nicki Bluhm and the Gramblers channel a less thumb-fingered 1970s, touching on the rolling, shoulder-shrugging ease of Linda Ronstadt or Waylon. "Love Your Loved Ones," with its strummed, sweet hook and clapped percussion at the bridge is a standout track, as is the blues rock groove of "Heart Gets Tough" and the retro-Byrds flourishes of "Only Always." My favorite song is "Waiting on Love," where Bluhm's textured high voice blends ecstatically into easy harmonies with her husband Nick and their bandmates. It's a song whose catchy guitar hook and effortlessly perfect construction would make the Bangles, or even the Beatles, feel at home in country. "You stand/looking like a photograph," Bluhm sings. "Every mile we take we double back." Retro has rarely sounded so right.

Carlile's covered Fleetwood Mac, and she's a worthy heir to that band's genius for treating gloriously slick radio bait as roots music, and vice versa. The Firewatcher's Daughter gleams with a ragged, heart-tugging polish—not least in Carlile's voice, which combines arresting purity with a nasal twang. "The Eye" turns bluegrass harmonizing into soulful pop with a deftness that recalls the Everly Brothers. "You can dance in a hurricane/but only if you're standing in the eye" is a brilliantly understated update to "Freedom's just another word…" "Wherever Is Your Heart" shifts from folk opening to rock anthem, complete with the kind of dexterous drumming your rarely hear on country radio. Carlile's songwriting smarts seem like they could get her to the charts one day, though it'd be a shame to see her lose her folk tinges and sardonic edge.