How to Write Your Own Christmas Carols

No one ever writes songs about ruddy mall Santas. 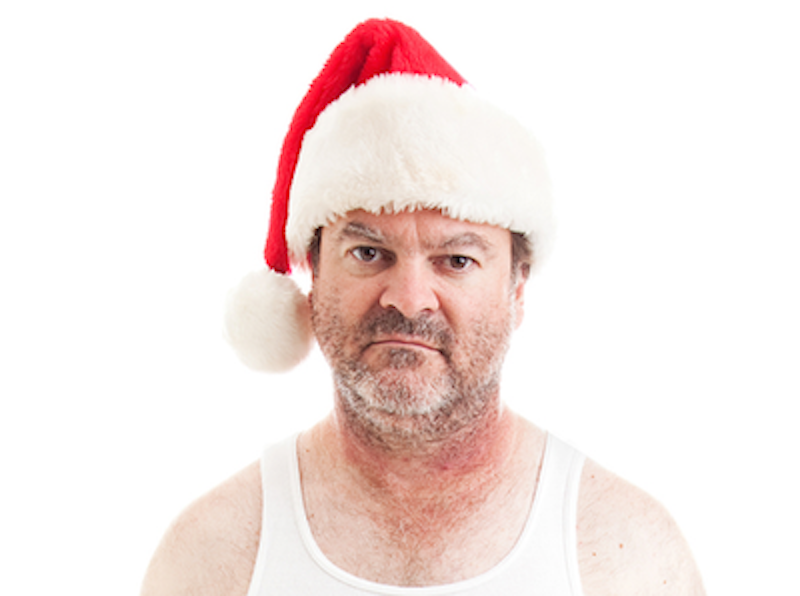 There is no shortage of Christmas carols: the popularized originals, choir versions, covers by famous recording artists, ringtones, truncated versions used in ironic national advertising campaigns, you absently humming “Auld Lang Syne” to yourself while stuck in agonizing holiday traffic. And certainly, it’s fun to tuck into “Winter Wonderland” or “Jingle Bell Rock” at house parties or Christmas Eve karaoke—I mean, presumably, since I’ve never done those things and probably never will. But wouldn’t it be fun to buck the patriarchal Christmas carol system by writing your own Christmas carols? Sure, it would. Friends and family would see you in a totally new light, particularly if you performed those carols on piano or acoustic guitar, idly sipping from a cup of spiked egg nog. After all, “Frosty the Snowman” was probably conceived by some powder-wigged Illuminati jerkoff.

Don’t sweat a lack of singing or instrumental ability, as your audience will be dumbstruck by the fact that you bothered to write and rehearse an actual song. Remember that you’ll need verses and a chorus at the very least, plus some refrains if you can spare them; people fucking love refrains, especially in Christmas carols where the narrative is tinged with sadness. That’s another thing: your carol should be sad, but not slit-your-wrists-with-an-electric-knife sad. There should be sadness tempered by redemption or some kind of epic reckoning; the sadness should ultimately count for something.

A few jokes are okay, but don’t be overtly funny—everyone’s already a comedian, and cracking jokes in this context virtually guarantees that your listeners will forget this song five minutes after you’ve finished singing it. Still, leave politics, race, and ageism (in whatever direction) aside, and if you’re serious about this, aim for a coy, moist-eyed timelessness that isn’t committed to a particular year or decade; keep things general.

There’s also a risk in a carol that’s too happy, too chipper, because no one actually wants to hear songs like that—it’s as if song and writer alike are subtly poking fun at listeners who generally speaking, to be honest, never have a Merry Christmas. So mix up the major and minor chords, and keep them shifting if possible to create an atmosphere of weight and light, sweet and sour, a sort of extra large Limeade slushie of holiday not-quite-cheer that’s sipped but never gulped.

Sidestep cliché. Any horrible fate you can imagine befalling Santa, his reindeer, or Tom Hanks’ character in The Polar Express has been explored in painstaking detail by songwriters living in bigger homes than you could ever hope to afford, so don’t even bother. No one ever writes Christmas songs about ruddy mall Santas or sad lonely losers wasting the holiday away at Amazon fulfillment centers or the warm-hearted drug dealer who throws in a little extra under the mistletoe at no additional charge or, you know, the wasteland of dirty dishes and ripped-to-shreds packaging left in the wake of every Christmas Day. And there’s absolutely no reason that you shouldn’t be the one to write and perform these songs for everyone nearest and dearest to your heart.