The Rise and Fall of MP3 Blogs

These blogs were goldmines for finding new music. 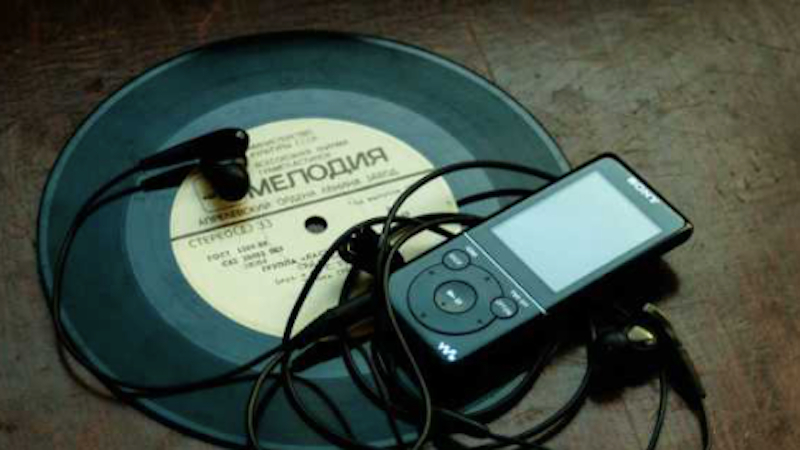 In the infancy of the Millennium, MP3 Blogs appeared on the web. They were music appreciation sites curated by fan-boys leaking rare or unheard songs from their favorite band or singer. The public could download the songs for free even though the material was copyrighted and tracks were posted without permission. These blogs were goldmines for finding new music. Bloggers explained, adoringly, why the music mattered. This was “song-based reporting” for the new frontier, DIY journalism.

The heyday for MP3 blogs was 2004–2010. The music industry was caught off guard. Before record labels could launch lawsuits, a funny thing happened. Bands like The National and Clap Your Hands Say Yeah reported an increase in CD sales after songs appeared on MP3 blogs. The blogs became an unauthorized promotional wing for the music industry.

Almost all MP3 blogs trace their roots to Fluxblog, created in 2002 by New York DJ Matthew Perpetua. Frustrated by the lack of a college radio station in his area, Perpetua began a daily routine of posting songs from bands like the New Pornographers, Guided By Voices and Pavement. He wrote mainly positive personal reviews and posted a disclaimer asking anyone with a copyright complaint to contact him so he could remove the offending track. Fluxblog exploded in popularity and Perpetua parlayed his success into writing gigs with Rolling Stone, The Atlantic and Buzzfeed.

That same year, Scott Lapatine created Stereogum. The site branded itself a daily internet music magazine with reviews, interviews and commentary on new bands. MP3s were included with each article. Stereogum covered bands like Death Cab for Cutie and Vampire Weekend long before the traditional music press. In 2006, Stereogum sponsored their first SXSW event hosted by Aziz Ansari. In 2007, it was purchased by SpinMedia and later acquired by the Hollywood Reporter-Billboard Media Group.

In 2003, Canadian novelist Sean Michaels founded Said the Gramophone. The site highlighted the Montreal indie-music scene covering bands like Arcade Fire, Beirut, Wolf Parade and Yeasayer. Writers offered a unique, literary style attracting guest contributors like novelist Jonathan Lethem and critic Sasha Frere-Jones. An early writer for the site, Jordan Himelfarb, ultimately became editor of the Toronto Star. Reviews were imaginative and poetic such as Michaels’ description of the song “White Horses” by Low: “A song like a ruinous glitch—like a chasm that’s unsealed beneath your household, your city, underneath the whole world. Alan Sparhawk and Mimi Parker sing in stately harmony while everything around them seethes, shudders, and yet still stands.”

MP3 blogs offered a way to sample new music without having to sift through the dreck on FM radio or at dying record stores. The blogs largely remained advertising-free and subsisted on donations from readers. The bloggers became music influencers. (Ben Walker of NPR called them MP3Js.) Ashley Jex, founder of the Rock Insider blog, started her own label JAXART Records releasing albums for indie bands like Mezzanine Owls and Henry Clay People. Heather Browne, founder of I Am Fuel You Are Friends, organized house concerts for musicians like Gregory Alan Isakov and The Head and the Heart.

Aquarium Drunkard is a Los Angeles-based MP3 blog founded in 2005 by Justin Gage to share music with friends. In 2011, Gage posted the demo song “You Ain’t Alone” by an unknown band called the Alabama Shakes. The MP3 was downloaded thousands of times and the following morning the band received multiple offers from record labels and management companies. Gage went on to become a music supervisor and concert promoter and launched his own label Autumn Tone Records. (Aquarium Drunkard.com remains active and still offers occasional MP3 downloads.

As MP3 blogs gained prominence, records labels grumbled at all the music given away for free. They sent DMCA takedowns with threats of lawsuits. Bloggers offered disclaimers claiming, “tracks are for evaluation purposes only” urging visitors to “purchase the album if you enjoy the tracks.” Many MP3 blogs vanished overnight, fearful of legal reprisal. Others remained rebellious, daring record labels to take them to court.

In 2003, the Record Industry Association of America (RIAA) sued music fans for sharing songs online. Warner Brothers Music was very aggressive, knocking MP3 blogs offline for weeks at a time. Smaller labels took a different path. Aware of the free publicity, they began providing MP3 songs to bloggers for upload. When Fluxblog posted LCD Soundsystem’s “Yeah (Stupid Version)” it spread across the web and made it onto college radio playlists.

By the end of the decade, most record labels embraced MP3 blogs. They began offering money to MP3Js to upload free tracks from their bands. Andrew Nosnitsky, founder of Cocaine Blunts MP3 said, “Almost overnight it went from this thing I’m doing with my internet friends to this thing where a bunch of [record labels] were hounding me.”

Today, MP3 blogs are nearly extinct. Podcasts like All Songs Considered and Song Exploder are an outgrowth of MP3 blogs. Streaming services like Spotify and Apple Music have become the relied-upon source for finding music. But it’s not the same. The personal curation is gone as is the enthusiastic writing. It’s easy to make a list of songs. It’s not so easy to explain why these songs should be heard.