The Show Must Go On

The entire process of being alive is a show in itself, usually to an audience of none. 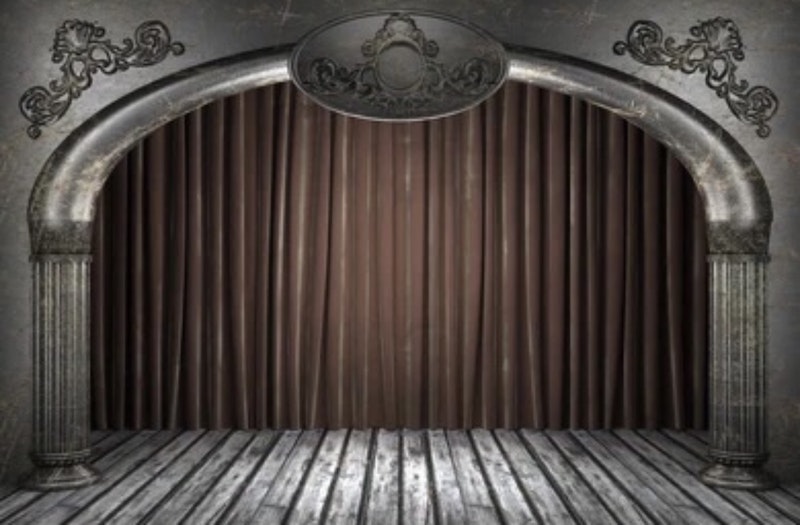 There's a show happening somewhere. No shortage of acts, and everybody's got a schtick. Witness to the glorious pageant, the sublime spectacular finish, tense drama, even tragic comedy. Bring down the house. Agony and ecstasy are on display for your viewing entertainment. Not quite the most incredible show on earth, in comparison to a flea circus, a psychodrama of a lonely drunk clown smoking a thoughtful cigarette, or porno snuff flicks for the righteous. When the show’s over, pack up the props, pull back the final curtain, turn up the house lights, and the stage is empty. Someone is sweeping the stage floor.

Comedy and tragedy aren’t religious nor holy, but religious beliefs are prime fodder, suitable for a few good laughs. Fairy-tale Bible stories don't hold much clout unless you play the Jesus saves, born-again zealot patriotic crusader role. These people are lousy actors. Politicians and preachers talk out of both sides of their asses. A glitzy display of cheap theatrics. The entire process of being alive is a show in itself, usually to an audience of none, always the object of individual plots and storylines. If you can believe for one minute, these imposters have your best interest at heart, it’s all part of the show. They fooled you again.

What’s My Line? Is a vintage show relegated to television’s junkyard. A guest panel tries to guess the identity of a celebrity or famous public figure. Please tell us what you do, and we'll let you know who you are. Segments, scheduled time slots registered forever in the Rolodex cortex. They’re forgettable. The categories fall under talk shows, variety, talent, and scripted reality shows. Just another day in the life of actors acting out. They are making up the dialogue as they go along,promoted by corporate sponsors who want to sell useless stuff. Buy into the reality franchise. Invest in theatrical futures.

Herd mentality, audience participation of hypnotic mass conditioning, massive brainwashing by manipulation. We whitewash our emotional desires to like whatever they were selling cheap to a group of uninterested gawkers in the balcony. Acceptance is considered a weakness. So, in the hard sell, the salesman tells you what you want, need, and must have. It’s never enough of anything. The soft sell is a con. Dream hackers inject ideas into your dream incubator while sleeping, subliminal messages are embedded in your head. Unwitting pawns in the game of capitalistic life. No dice.

The wonder of television is not so wondrous. To see, hear, want, and need whatever three-minute infomercial tripe pique's your adrenaline-driven fancy, the pleasure point, hitting the target to your heart's content. We like to watch. But, to our dismay, what you want isn't always what you get. What you give in terms of a good performance is part of the act. Pretending you enjoy the musical masquerade of the role you play. It's like watching a puppet show in your subconscious. Images in shadows move, silhouettes flash and spark, static energy arcs, jumps, and leaps from abstract ideas to concrete thoughts. The original part is all but forgotten. You are what you believe to be. What’s your genre?

Mother Nature puts on a splendid show with the changing seasons, predictable weather conditions, the moving of tides, how the sun and moon dance together to create transitions from night and day in a continuous replay. Father Time winds the old pocket watch keeping it all running smoothly. It's a scripted display of the natural world we witness without paying much attention to the folks behind the curtain pulling the marionette strings.

Take your positions. No one questions the act or the players. It's part of the show. There may be wrinkles here and there, flubbed lines, stage misdirection, missed cues, and re-writes. But no one notices the flubs. Another take, re-do that sequence. Put on a great show for the audience, and if there's no one there, show off anyway, make a scene, create drama, act out as if your life depends on that stage.

Characters play a cameo part in the big picture. The main attraction of the everyday mixed with sexual tension, drama, costume choices, and improvisation, fooled by actors playing villains or heroes. The characters and scenery change the pace in the flow of the story. Closed on opening night. The masks we wear, wardrobe choices and backdrops, scenery changes, dialogue revisions to suit the situation. Dress rehearsals begin again. Bring up the spotlight. Applause. Fade to black.