Future Past is a Great New Album by an Old Band

I wasn't into Duran Duran when they were popular, but with this one, that's changed. 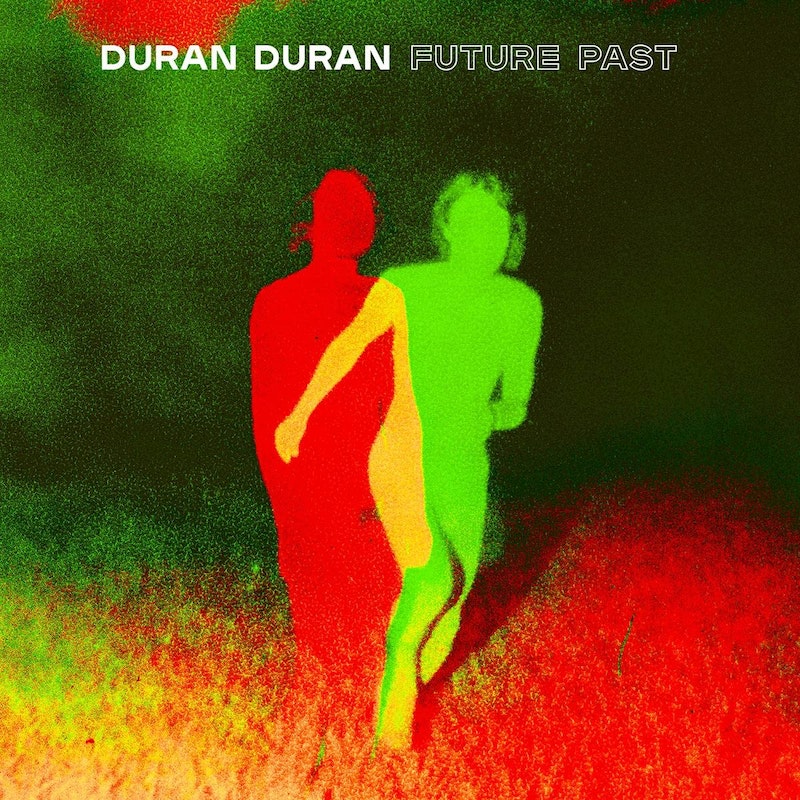 I never disliked Duran Duran. I just never put them on the A-team of 1980s synth-pop. In the high summer of American history that was the 80s, we had New Order, the Pet Shop Boys, Orchestral Manoeuvres in the Dark, Depeche Mode, and, towering over the field, the genius of Talk Talk. With their expensive haircuts, model girlfriends, and so-so songs—“Hungry Like A Wolf” isn’t a five-star pop song, and “The Reflex” sucks—Duran Duran were a fun and glamorous distraction. They weren’t royalty, even if they did help me get lucky once.

That has changed. Duran Duran’s new record Future Past is a great album—and I do mean album, as in a suite songs that forms a vision, has a personality and takes you on a spiritual journey. While artists like Taylor Swift and Ariana Grande strive to produce records of “all killer no filler,” which translates into an hour of hook-filled singles about love, resentment and self-empowerment, Duran Duran are after something greater. This record takes chances and asks the listener for a commitment. It can be a challenging. It’s also brimming with passion, which is different from sex.

It’s a wonderful irony—Duran Duran, the collective that was all about slick videos and shiny surfaces, has made a record of genuine soul and feeling.

Future Past has a spectacular mainstream dance-banger like “All of You,” but also a jagged, challenging song like “Invisible,” ballads like the title track that are as emotionally engaging as they are melodic, and a gorgeous, meditative “Give it All Up” that’s sublime poetry. “We are pinned to an evening that’s running out of road,” Simon Le Bon sings, a line worthy of Elvis Costello. This isn’t a band of louche, swashbuckling MTV stars, but a group of men with grounded souls and hard-earned musical chops.

The group collected brilliant collaborators. There’s legend Giorgio Moroder (the man who created disco), gold-plated producer Mark Ronson, and producer Erol Alkan, the London-born DJ and producer. EDM, ballads, rock, New Wave are all beautifully played here. John Taylor's funky bass, Roger Taylor's drumming and Nick Rhodes' keyboard have never sounded better. The guest stars aren’t tack-ons shuttled into the studio to add a one or two; they bring substance. Singer Tove Lo sends the percolating “Give It All Up” to another level, and the Japanese girl bang Chai are goofy fun on “More Joy!”

“The song ‘More Joy’ was born out of a crazy jam with Duran Duran, [guitarist] Graham Coxon, and [producer] Erol Alkan,” keyboardist Nick Rhodes said in a statement. “It was such an unusual piece we weren’t quite sure if it would fit in at first. It reminded me of one of those retro Japanese video games, which I always found quite uplifting. We came up with the chant ‘more joy’ early on, and that became the key to the rest of the track.”

It’s had to think of other artists with the fame of Duran Duran who’d have kept a weird, kinetic song like “More Joy!” on their record. More than four decades into their career Duran Duran is still embracing the avant-garde.

Perhaps best of all is rapper Ivorian Doll on the slinky “Hammerhead.” It’s one of the few songs where I actually look forward to the rap break over the bridge. It also has one of Le Bon’s best couplets: “Boom, boom, lay me down in an ocean of blame/Good nights shanghaied, bikinis aflame.”

The phrase “bikinis aflame” recalls the time Duran Duran put a smile on my face. It was the summer of 1982. I was 18 and at the beach on the Eastern Shore. I noticed that a girl that I knew as a kid had blossomed into a young woman when we bumped into each other. She asked me about this record Rio by Duran Duran—did I know it? I did, especially the glorious cover art by Patrick Nagel. Awesome! She loved them! Rob Sheffield, who wrote the book on girls and Duran Duran, described the vibe well: “One day, you're a perfectly ordinary suburban princess, content with Journey and Styx, and then you hear something new and all of a sudden you're one of those girls.”

Did I want to go back to her beach house and listen to Rio?

In that we are music lovers

This much we've learned

Two souls among many others