And the brief moments they got it right. 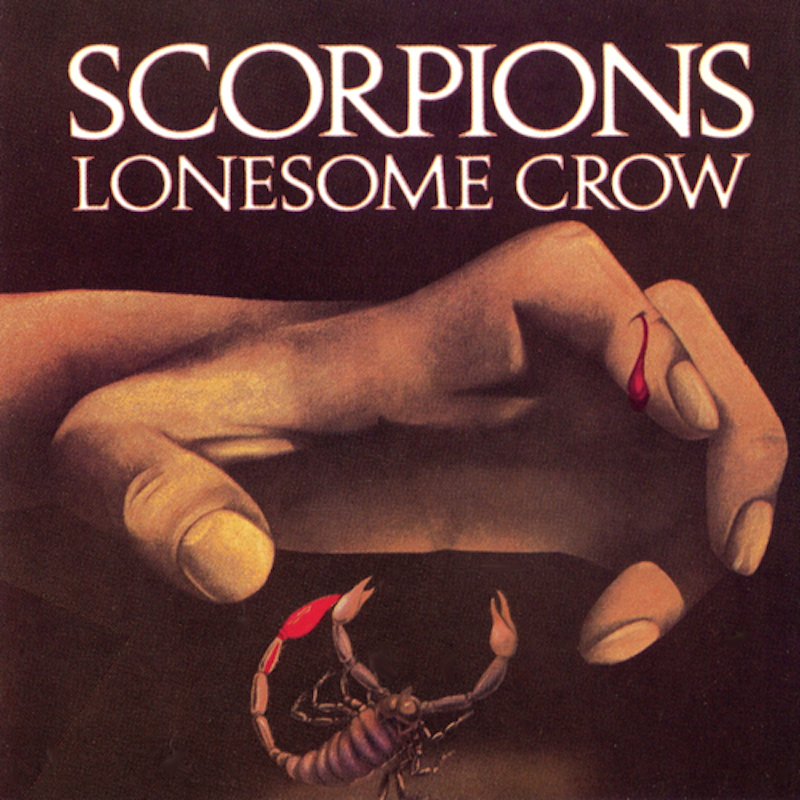 The Scorpions, a hard rock band, are legendary mostly for being awful. Distinguished from other hair metal sloggers of the 1980s by being German, they bellowed and riffed and bellowed and played guitar solos the way hair metal bands did, occasionally putting out a "controversial" album cover in a transparently desperate, albeit doomed, effort to seem relevant, or, at least, vaguely sentient.

Lonesome Crow, the Scorpions 1972 debut, has little to do with the later incarnation of the band. Band mastermind and rhythm guitarist, Rudolf Schenker, was there at the beginning, along with vocalist Klaus Meine, but guitarist Michael Schenker and the bassist and drummer wandered off soon after.

Because of the different personnel, or the different time, Lonesome Crow doesn't sound like a hair metal quasi-metal slog. Instead it’s more that debased subgenre, prog. The album opener, "I'm Going Mad," starts with some half-blooze, half-funk, tripping brontosaurus percussion that may have inspired "Welcome to the Jungle" before the classic rock guitar starts rocking and the whole band puts their heads together for some heartfelt, heading-for-the-horizon "ahhhhhhhhhhhs." And then some clearly 90 percent stoned dude with a German accent starts a recitation about walking through the desert and imagining he's in heaven, but it's a hell. "The sun is drying out my brain." Yep, I'm sure it is, buddy. Nice shriek before the guitar solo, though.

So to say this album is "classic" or even "good" in comparison to the Scorpions’ later work obviously requires a stretch of the usual definition of those words until they're as bloated and meaningless as the songs on this album themselves. This is not an album you tout; it's an album you laugh at.

Or so the naysayers would have you believe. For my part, I just want to listen over and over again to that preposterously badass moment on "It All Depends" where Michael Schenker's scraping, chunky guitar line stops so that the boys can let forth with an "aaaaaah!" worthy of prime Uriah Heep. Or in "Leave Me," Meine wailing at the rafters like a befuddled opera star "Womaaaaaaaaaaaaaaaaaan, leave my mind," while the rest of the band goes "ha-ha-ha-ha" in the background like they think they're in Motown and some high-pitched sound effect in the background skitters around. Or the deadpan trashy bloated show tune monstrosity that is "Action," swinging like fat Elvis is an Iron Lung. With jazz hands.

The concluding title track is, inevitably, a 13 minute opus, complete with spooky fade out which slams back in with an incongruous return to Vegas via Steely Dan before Michael Schenker lays out some bizarre sputtery guitar lines that remind you that this is krautrock after all. And then it fades out again into spacey tripped out nonsense and locks into a slow proto doom trudge during some of which Meine’s yowls like he's slowly slipping towards some tectonic rift. Filled with lonesome crows, I guess.

Again, you could say all that and mean it negatively. Combining awkwardness and ambition makes you ripe for ridicule. But it can also be exhilarating and funny and surprising and even, by the back way, cool as shit, which are all the things I want from my art. It's pretty clear in this first album that the Scorpions haven't figured out what they're doing yet, but as far as I'm concerned, that's a feature, not a bug. Like many bands, once they got themselves sorted they got boring. But for a brief, confusing moment back there, they were a great band.