The Sad Life and Death of Elliott Smith

His pain was our pain. 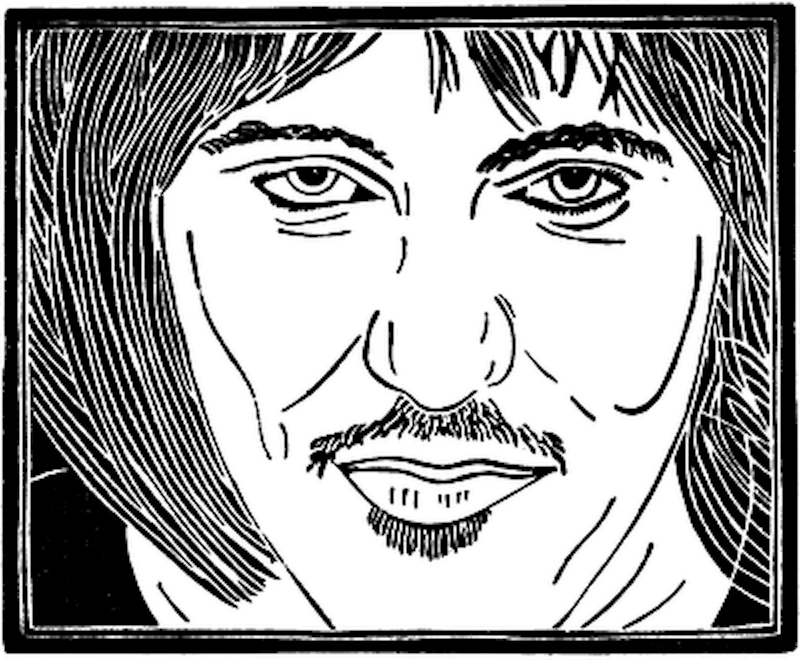 This past October marked the 10-year anniversary of singer/songwriter Elliott Smith’s death. Smith wrote intensely personal songs about his struggles with depression, alcoholism and drug addiction. His music was intricate and gorgeous with layered vocals and sweet melodies worthy of Brian Wilson. He possessed a soft tenor whisper in contrast to his weathered face and melancholic lyrics. He was one of us and his pain was our pain. As his ex-girlfriend musician Mary Lou Lord said, “Elliott made music for the sad kids.”

Smith was born Steven Paul Smith in 1969 in Omaha, Nebraska. His parents divorced when he was six months old and he moved with his mother Bunny, a music teacher, to Duncanville, Texas. He had a difficult childhood, saying he might’ve been sexually abused by his stepfather. The events later appeared in his song “Some Song” which featured the lyrics “Charlie beat you up week after week and when you grow up you’re going to be a freak.”

Smith learned to play piano and guitar by the time he was nine, and wrote his first song “Fantasy” at 10. At 14, he moved to Portland, Oregon with his father Gary Smith, a psychologist. Around this time he began experimenting with drugs and alcohol. After graduating from Hampshire College in 1991, he formed the band Heatmiser with classmate Neil Gust. They moved to Oregon and released four albums. Smith worked odd jobs to survive: construction, house painting and transplanting bamboo trees.

In 1994, Smith released his first solo album Roman Candle. He followed this up with the self-titled album Elliott Smith in 1995. The album cover featured fuzzy images of bodies falling from a building. His third album Either/Or came out in 1996: the album name came from a book by Kierkegaard dealing with existential angst and despair. By 1996, Smith was drinking heavily and taking anti-depressants; friends attempted an intervention but he rebelled, moving to Brooklyn.

Filmmaker Gus Van Sant used his music for the soundtrack of Good Will Hunting. The song “Miss Misery” was nominated for an Academy Award leading to the surreal scene of Smith, in a rumpled white suit and greasy hair, playing live at the 1998 Oscars. He was terrified until fellow nominee Celine Dion told him, “You’re going to do great, sweetie.” This calmed him down and he enjoyed himself saying, “I wouldn’t want to live in that world but it was fun to walk around the moon for a day.”

In 1998, Smith signed with Dreamworks Records. Around this same time he fell into a depression and spoke openly about suicide. His first Dreamworks-era Album was XO, written over many nights at the Luna Lounge in Manhattan. XO would be the best-selling album of his career but Smith was suspicious of commercial success and disliked his experience with a big label. “I threw myself into it because it seemed to make my friends happy,” he said.

In 1999, he moved to Los Angeles, settling in Silver Lake. He released the album Figure 8 in 2000, the last one completed in his lifetime. His condition deteriorated as he began using crack cocaine and became addicted to heroin. Neighbors reported seeing him walking the streets alone late at night muttering to himself.

By 2001, Smith displayed signs of paranoia, believing a white van was following him wherever he went. He also thought Dreamworks was trying to steal music from his computer. He began having difficulties performing live, forgetting lyrics. He rarely slept and barely ate, living on ice cream. Smith demanded that Dreamworks release him from his contract or he would take his own life.

In 2003, Smith tried to turn his life around, and began treatment for his addiction with a technique called neurotransmitter restoration (injecting amino acids as a form of detox). He also started work on a new album Basement On A Hill. He moved in with his girlfriend Jennifer Chiba and the relationship gave him a sense of optimism.

On October 21, 2003, Smith and Chiba had an argument at their Silverlake home. As the argument worsened, Smith threatened to commit suicide, and Chiba locked herself in the bathroom. She heard a scream, returned to the living room, and saw Smith with a knife sticking out of his chest. He died 20 minutes after arriving at the hospital: he was 34.

The coroner’s report on Smith’s death stated, “… several aspects of the circumstances [of his death] are atypical of suicide and raise the possibility of homicide.” Notably, there were no “hesitation wounds” prior to the stabbing and there were lacerations on both his hands and under his right arm that could be “possible defensive wounds.” The toxicology report revealed he was clean of illegal drugs at the time of death; only non-abusive amounts of anti-depressants and medications for ADD were found in his system.

Though some fans blamed Chiba for the singer’s death, she was never charged. A few years later she tried claiming money from his estate for managing his career but the State of California ruled against her since she was an unlicensed talent agent.

Though Smith lived in Los Angeles and played all over town, I never saw him play live, but in 2006, pianist Christopher O’Riley performed a tribute at the Getty Museum. My wife and I attended and after the performance, my wife pointed to a middle-aged man in the lobby. She said, “He looks just like Elliott. I bet that’s his dad.” I urged her to approach him and despite her shyness, she agreed. The man was, in fact, Gary Smith and for the next half hour he and my wife talked like old friends. He explained how much he appreciated the love shown his son.

Every October on the anniversary of Smith’s death his fans turn out in droves to Solutions Audio in Silverlake where the album cover of Figure 8 was photographed. They write farewell messages on the wall and leave flowers, candles and empty bottles of alcohol. At some point someone sings the song “Waltz #2.” The lyrics provide a perfect coda for the sad day. As Smith sang so beautifully, “I’m here today and expected to stay on and on and on/I’m never going to know you now but I’m going to love you anyhow.”