Numbers on the Board

How to build your ultimate Top 10 end-of-year albums list. 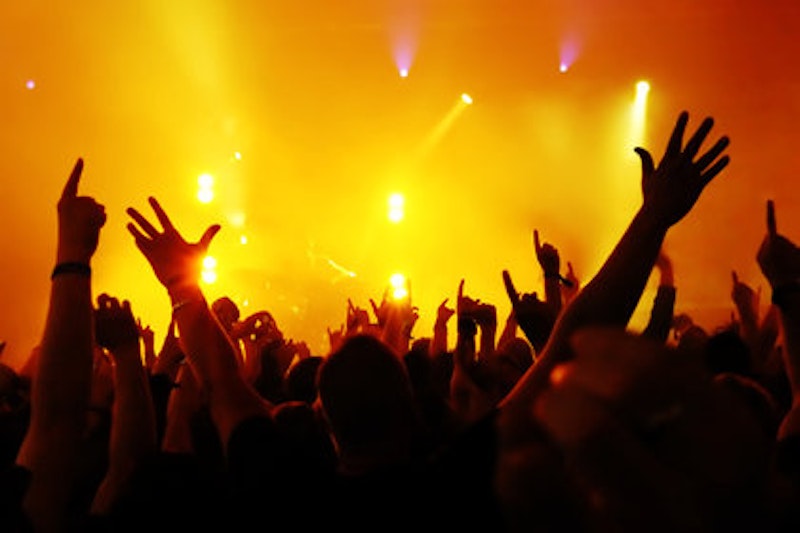 Assembling a year-end albums list is not an arbitrary endeavor. Your list should be the product of months of careful listening, study, weighing, preparation, and consideration, as you winnow the dozens or hundreds of records experienced into the 10 that best represent your personal worldview for the year. A fellow music journalist whose opinions I respect—and whose work often runs in outlets you might consider sage and authoritative—once said that his lists are drawn from the 10 albums he played most in iTunes, which is interesting, but totally wrongheaded.

The work of a year-end list begins on the first day of the year, which you should approach with open ears and eyes and a notebook or Word document at the ready, jotting down everything that catches your fancy. Mid-year might be thought of as the opening of a pre-choosing season of sorts, where favorites are calcified, a process that continues into autumn. By late November, the list should be more or less set in stone even as you brace for a) albums that you missed that are significant and b) late-to-the-game masterpieces that have the potential to scramble the spread and kneecap your mojo (thanks a bunch, Death Grips and Beyonce).

But the most important rule of list-making is this: follow your bliss, and no one else's. Don't ever vote for something because it seems important, or because you want to impress somebody else, or because some grand arbiter of cultural taste insists that it matters—doing this is like affixing a "CHATTEL" sign to the back of one's own Member's Only hoodie.

The Elite—Slots One Through Three:

Choose these three very carefully; don't just list any three albums you happened to hear, because if you do, you're shortchanging yourself and anyone who happens upon your list. These albums shouldn't necessarily be the ones you listened to with the greatest frequency, but the ones that, time and again, you found yourself missing hearing when you couldn't, if you were out and about or driving and for whatever reason couldn't access the tunes. These should be the albums whose caresses and intimations you constantly ache for, like those of far-flung lovers. These should be the albums that lead you to harangue friends, enemies, and strangers alike to at least hear, if not outright buy; these albums should transform you into a bug-eyed evangelist.

Don't believe anyone who says, "It totally doesn't matter what you include as number one." It does matter. It's a preference, sure, but it can also be a signal in cases where your Top Three are equally marvelous. When this happened to me a couple years back, I anointed an amazing compilation titled Women Take Back The Noise (UBUIBI) as my number one because a) it was an astonishing compendium, b) because I knew that it would be the first release to catch the reader's eye when it ran on Baltimore’s City Paper site, the Village Voice site, and my own blog, and c) there are more women in noise than most people are aware of, and their work needs a wider audience. A bit of campaigning? Yes, it was, with no regrets. Past "Slot 1" alumni include: The-Dream, Burning Stare Core, Graham Smith, Ponytail, Stephen Malkmus & The Jicks, and Nedelle.

This is, obviously, the home of the next-best album, the one that hits a sweet spot but doesn't quite skate past the altar—it could be that it's on par with the other albums in your top three but, because it's more of an inevitable consensus pick, winds up slightly in the background. Past "Slot 2" alumni include: Atlas Sound, Yume Bitsu, M.I.A., The Dead C, and Kimya Dawson.

You're fiending for this joint quite intensely, if not as intensely as the discs/cassettes/mp3 collections/8-tracks slotted above. But would you take a bullet for this thing? Of course you would. Twice. Past "Slot 3" alumni include: Melody's Echo Chamber, Prurient, Acidic Jews, and Prodigy & Alchemist.

We now arrive at the "middle passage" of every year-end album list, wherein selections live that maybe weren't in constant, obsessive rotation over the previous 12 months but were nonetheless crushing enough that their places on your list are stable.

The irony is that, in hindsight, albums occupying this slot tend to outshine ones that rank higher. Usually there's a struggle between the Slot Three and Slot Four albums for dominance. Sadly, there has to be a winner, and there has to be a loser. Past "Slot 4" alumni include: The Walkmen, Jason Crumer, Aaron Dilloway, Fiona Apple, and Danny Brown.

Where the rubber meets the road, in the sense that after this, we're moving into territory where the offers aren't exactly disposable, but they're perhaps of a slightly lower caste. It's the difference, in a way, between the downer drone-pop of Atlas Sound's Logos and then, just bellow, the sterilized electronic noise of Halfings' Self-Esteem; 2009 was a great year, and these albums remain gnarly, but the former just had that special, undefined something extra that helped it triumph over the latter, you know? Past "Slot Five" alumni include: Ladytron, Dead Machines, and Kieran Hebden & Steve Reid.

Relatively speaking, this is the wrong side of the tracks, but it's still way less foreboding than what awaits after, like Slot 10. Past "Slot Six" alumni include: Neil Michael Hagerty, Air Conditioning, Pete Swanson, and David Dore & Lucan Gorham.

Now we're cruising skid row; this is risky business, even though—let's be frank—this album wouldn't be on the short-list radar it hadn't gotten any burn with you over the past year or so. Lots of dope shit resides at this point on my previous lists, though. Past "Slot Seven" alumni include: Chemical Brothers, Skullflower, Nisennenmondai, Cash Slave Clique, Oneida, and Key of Shame.

The curse of Top-10 list-making is that most of the time—unless you're making the list for yourself and not submitting it anywhere for integration in a larger poll—you can't get away with the "all of these albums are equally amazing" argument, even if you decline to assign points rankings, because the editors will weigh them using the order you put them in. I guess what I'm saying is that even though Slot Eight is a very precarious place to be, albums don't get on this list or even close to it if they're not near and dear to your heart, emotions, and sensibility. Whatever happened to Jeff Hanson, anyway? Past "Slot Eight" alumni include: Jeff Hanson, Excepter, Ceramic Dogs, Coachwhips, and Fred the Godson.

The best thing about being in Slot Nine is that you're not in Slot 10. Past "Slot Nine" alumni include: Pain Jerk/Incapacitants, Eric Copeland, and Aquarelle.

All bets are off here. This is the point where if something amazing pops up at around year's end, the present occupant of this slot might wind up in the hinterlands. Again, if it wasn't dope, you wouldn't rate it, and it wouldn't be part of the conversation. Past "Slot 10" alumni include: Dial, Eyes Adrift, Radiohead, Little Joy, Sonic Youth, Kanye West, Death Grips, and Zomes.