Chart-Toppers and Underground Releases: 2013's Best of the Best 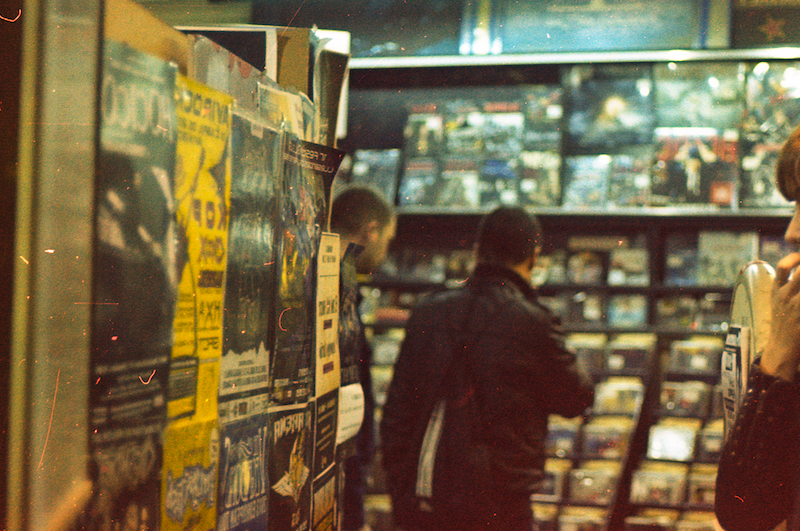 Though recorded in the late 60s and 70s, this music wasn't released until 2013. Gorgeously insane sound ala Joe Meek trapped in an elevator shaft jamming with a middle eastern psych-funk marching band and the possessed vocalist Hadrami Ould Meidah, a singer whose far out style supposedly floored the famous R&B star Junior Wells, who later asked Hadrami to go on tour with him. Bonus points for the record's eerie, pulled-from-a-burning-building fidelity; makes Ariel Pink's stuff seem Spector-esque in comparison

The entire Real Trap Shit Mix is essential listening for anyone trying to find the best in today's remix art. This Cranberries remix is really special, the dark, violent braggadocio of the trap sound haunts "Ode To My Family," making it much more bittersweet and emotionally complex than the original.

Part disco, part techno-pop, part IDM, part fidgety melodic overload. Along with Timbaland's classic remix of Nelly Furtado's "Turn Out The Lights" this is, so far, probably the greatest remix of a pop/rock song ever created by an R&B artist. And if you hate both Phoenix and R. Kelly, trust me, this really sounds nothing like either act.

Every snyth-pop/post punk band of the 80's tried in vain to do what Brattleboro, VT's Great Valley have done. The band creates a wonderful patchwork of damaged pop that is ominous and spaced out yet dancey and hopeful all at once—more proof that Vermont has one of the best music scenes in America.

Pop's most dramatic duo knocks another one outta the park; I mean c'mon! You just can't hate a song that has the hook, "I'm friends with the monster that's under my bed"

A crazed electronic dance track with Public Hedonist #1 Ke$ha singing the hook, world famous Latin rapper Pitbull yelling the hillbilly clarion call "swing your partner round and round," and one of the slipperiest harmonica leads since the days of Noah Lewis and Cannon's Jug Stompers. A hundred years from now, when people wonder what the heck was going on in America in the early 21st century, this ridiculous spectacle of a song will be a fine symbol of every major culture clash that defines this era.

Paramore - "Still Into You"

Classic XTC-influenced power pop, but spiked with glossy production ala Brittany Spears' "Toxic." A great love song that would sound just as sweet and uplifting played by one goofy nerd on a ukulele as it does by the hyped-up rockers in this spartan post-emo band.

Garage punk-as-Americana perfected. Super high energy sonic catharsis that stays old school without being obsessively nostalgic. All other garage punk bands, please go to a Gories show now and realize you'll never be as good as them and break up ASAP.

Here's another great example of classical music's impact on the electronic dance sound, and probably the closest that Goulding has come to approximating an operatic, music hall croon. This kind of over-the-top theatre is a great fit for her. Ellie Goulding's singles have reinvigorated the tropes of electro-pop and, as long as she continues to take more musical risks, she'll keep getting better all the time.