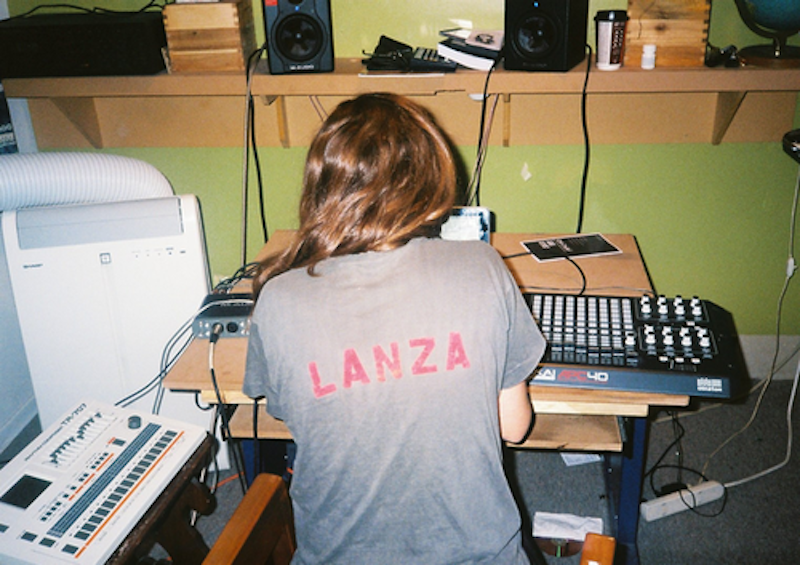 2013 has been a banner year for minimalist-electronic pop. Lorde rules the charts, and has a lock on think pieces about the excesses of consumer culture. But other artists have been slinking around the edges with valuable tunes of their own.

Natasha Kmeto, whose album Crisis came out over the summer, has the voice of a classic diva: full, sultry, low. But she rarely unleashes it, and judging by the way she sequences a largely instrumental track in between almost every song she sings on, using her voice at all feels like too much, showing her hand, forfeiting her advantage. Each time she sprinkles in 1990s club-worthy “la da das,” it represents a promise she has to renege on. On “Idiot Proof,” her vocals lean on the keyboard melody, as if she’s afraid to strike out on her own. She idiot-proofs her own tune.

Given the power of her voice, this is a startling choice: in particular, when she multi-tracks her vocals, the results are lush and immediate. But there are moments when Kmeto hardly bothers to sing at all. On “Crisis,” which doesn’t sound anything like its title, she manipulates a sample of a grunt. “I caught you letting go/caught you letting go/so now I know,” she sings on “Morning Sex.” But it’s hard to imagine the reverse happening: she keeps her guard up at all times.

For her beats, Kmeto chooses from a flat assortment of sounds, building percussive frameworks flat enough that a single human handclap sounds multidimensional in comparison. Songs ooze along, with carefully rationed use of thumps; things deflate, they never explode. Synths and keys will swell to fill the ample space that they are provided in these spare templates, and then they’ll dial back down, or stop abruptly. There’s a game of cat and mouse here, of brinksmanship. But crucially, Kmeto rarely allows her listeners the satisfaction of following her over the edge.

By contrast, Jessy Lanza, who released Pull My Hair Back in September, exists in the comedown; she’s taken the leap and needs to figure out how to regain her equilibrium. Lanza sings on all the tracks, and she’s not afraid to reach for it, but everything is high and breathy; there are no brassy, potentially imperious vocals to be found. Lanza luxuriates in waves of harmony that can verge on soporific. On the hook of the title track, she keeps climbing, emitting words in swoony, steamy clouds that are difficult to interpret.

Some of Lanza’s lines navigate their way through the haze. “Tell me what you want/tell me what you want/baby I can do that,” she sings, mirroring the structure of Kmeto’s words on “Morning Sex.” Although Kmeto has superior vocal firepower, she comes by her knowledge passively, almost accidentally—she “caught you,” but she might not have been actively looking to find something. Lanza takes a different route. She gives orders, demanding that you tell her something. Then she asserts her own ability to make that something happen.

Lanza has tasted the thrill of abandon, of letting her guard down. So she keeps racing breathlessly along, hoping to experience that elation again. “Keep Moving” arranges itself more or less as disco, the music of extending—and ultimately failing to capture—euphoria. And “As If” comes on strong with rapid-fire flirtatious bursts of “as if you don’t know” and a churning low-end. Around the mid-point, the churning escalates, threatening to break through the surface, and Lanza stops mid-phrase, “as if you don’t—.” Maybe that’s why Kmeto never pitches her vocals or instrumentation too high: she’s afraid of being overcome. If you never taste euphoria, you’re always hungry.