My Rock Music Hierarchy, and Everybody’s

A child of the late boom reflects. 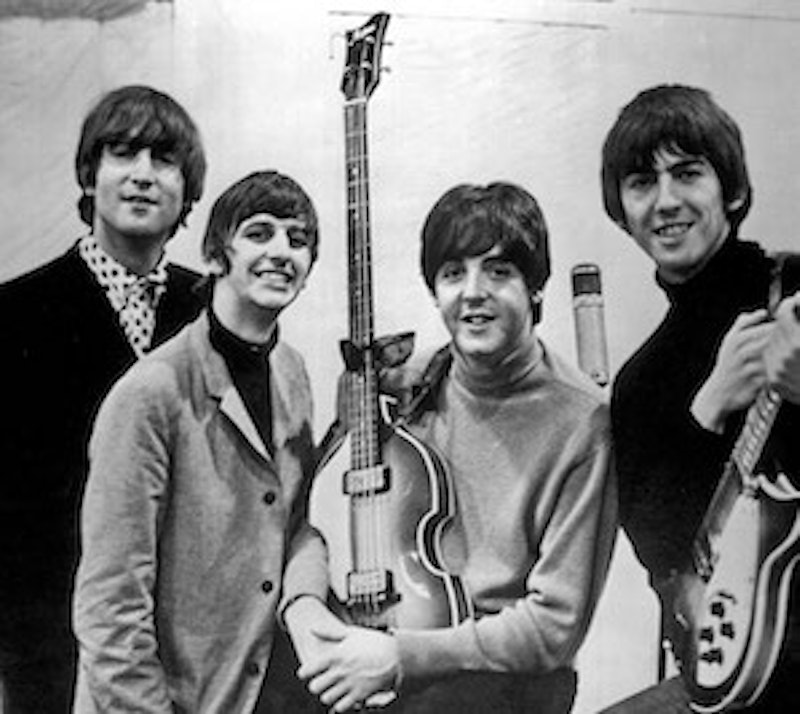 “A hierarchy that doesn’t have the Beatles at the top isn’t a hierarchy I care about,” I announced. My friend responded mildly that his focus isn’t who ranks below the Beatles, it’s who followed on from Black Sabbath. This strikes me as a Spock-beard proposition, but I won’t argue. All I can do is describe how I saw the rock hierarchy back when I cared about rock, which was long ago. The top three acts were Beatles, Dylan, Stones, and the top three bands were Beatles, Stones, Who. Everyone liked their songs the best. Everyone recognized these men had invented rock (not rock ‘n’ roll, which belonged to a clutter of grease-haired giant relics known for their cocked elbows and distracting collars). The Beatles, Bob Dylan, the Rolling Stones, and the Who had shown that rock could be great, and everyone knew they occupied rock’s summit.

My views were guided by record sales and the opinions voiced in The Rolling Stone Illustrated History of Rock & Roll. These two forces had to line up. Plenty of bands were huge but not huge enough, or they weren’t huge for the right reasons. Led Zeppelin, a pretender to the heights, lurked outside civilization. Pink Floyd loitered there too. Queen, strutting and presumptuous, had rocks thrown at its crown. Back within civilization, but a long way down the slope, lay Jethro Tull, Little Feat, Steely Dan, and whoever you please. I wouldn’t argue if the Doors were at number seven or Gentle Giant was at 49. Once past the top four, rankings could go as the individual fan preferred. But we shared this solid ground: Beatles-Dylan-Stones-Who.

But what about Hendrix? Yes, I left him out. My structure, at the one point where it existed, was too narrow. But so be it. I admired Hendrix and he did his share of good tracks. But I never warmed to him. He was an athlete of the hands, and he was beloved of boys who were authoritative about guitar chords and stereo settings—hand things. If I liked more of his tracks, maybe then. But Dylan had more songs that shook the heart, and Dylan was largely mouth and typewriter, a word conveyor. I understood his approach.

Not that I’m warm to Dylan. He’s there as a concession to reality. Try to tell people he didn’t invent rock, that he definitely doesn’t bear ranking with the Beatles and the Stones. You’d get tired of arguing. In the old days a minority held that he was the Beatles’ superior. I suppose it remains. My view is that of the majority: Beatles first. North is the top direction, the Beatles are the top of everything. Next we have the Stones, world-beating because they placed second to the great ones. Then the Who, those zanies. If we must do acts and not bands, then Dylan below the Beatles. He didn’t have greater records than the Stones, but he broke more ground.

What about Prince? I twigged to him four years after twigging to the Beatles. Motown, Stax, Cole Porter, Sondheim—by this point one had gone eclectic in one’s small way. Who founded rock didn’t come into it; that was a settled question and too dull to be reopened. Now, a few decades after his advent, I place Prince alongside that slumbering piece of Victorian mental furniture, my old notion of the summit and the four rock greats. I find I’m still loyal to the notion. It still makes sense to me. Prince had the talent, the sales, and the records to be the greatest figure among anyone who hadn’t actually created the rock age. Does this make him as great as the four titans? Possibly there’s an edition of The Rolling Stone Illustrated History of Rock & Roll that’s dated later than 1980 and it could tell me. But I’m afraid to see what it says about Black Sabbath.