The Most Unexpected Supergroup 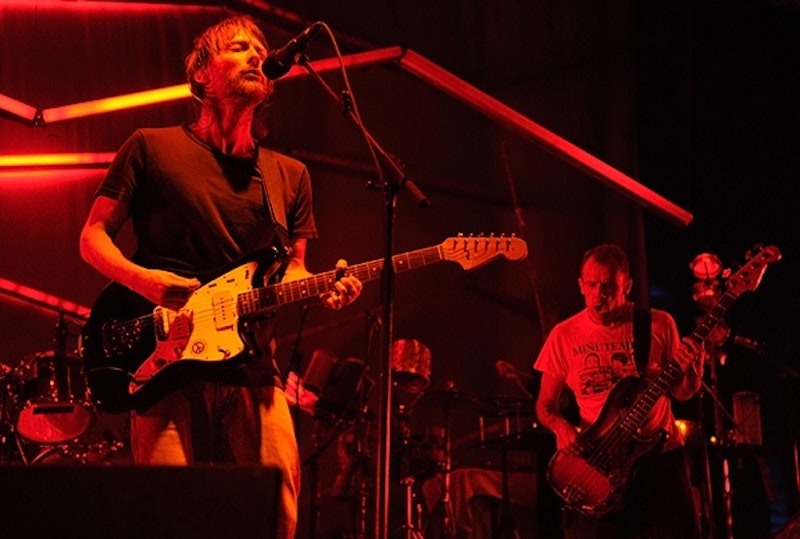 At first blush, Thom Yorke and Flea don’t look like a match made for Supergroup success. The dreary Yorke and the fun-loving Flea don’t really share a similar style in music and while Radiohead and the Chili Peppers may both be “alternative” bands, they are on the opposite ends of the sound spectrum. Different as they may be, on the new album Amok they mesh wonderfully. Along with other Atoms for Peace members Nigel Godrich, Joey Waronker and Mauro Refosco, they’ve managed to create an album where both their musical styles are blended into a riveting tribal dance. Amok, which dropped February 25, is layered with percussion, heavy synths and prominent bass, while Yorke dances on top of it all with haunting vocals. The band also takes on a very cool electronic style that is reminiscent of Radiohead’s most recent release, The King of Limbs, as well as Yorke’s own solo work.

Atoms for Peace takes its name from a 1953 Dwight D. Eisenhower UN address. The speech suggested the ability to take a violent atomic reaction and refine it into a controlled energy source. In extending Yorke’s dark outbursts into a 45-minute, carefully calculated tribal dance, Amok accomplishes a task similar to what Eisenhower’s speech intended. Throughout the album, Yorke uses powerful lyrics with precision and a strange calmness. On the second track, “Default,” Yorke sings, “the will is strong but the flesh is weak/guess that’s it,” in a way that’s casual in delivery. It’s as if the words don’t require tone to get their point across. Yet, the album also has some superbly soulful moments. On the chorus of “Stuck Together Pieces,” smooth guitars begin to blend into the beat as Yorke sing’s “you don’t get away so easily,” creating one of the most memorable moments of Amok.

While Yorke pulls the audience in with his lyrical mysticism, Godrich, Waronker, and Refosco create layers of sound using dark synthesizers and eclectic percussive noises. On “Ingenue,” water droplets hit against a deep synth pattern to create a background that’s impossible not to dance to. Flea chips in with fantastic bass breakdowns in “Dropped” and at the end of “Judge, Jury and Executioner.” When the layers work it’s beautiful; but sometimes in trying to create a full sound the songs feel too busy with noise. On “Judge, Jury and Executioner,” one too many percussive textures detracts from the power of the vocals and the guitar. But on the whole, there's little to criticise. Amok in its entirety is excellent and channels the styles of each member into a cohesive effort.