The Most Authentic Country Music

Jason Isbell's Something More Than Free and country radio. 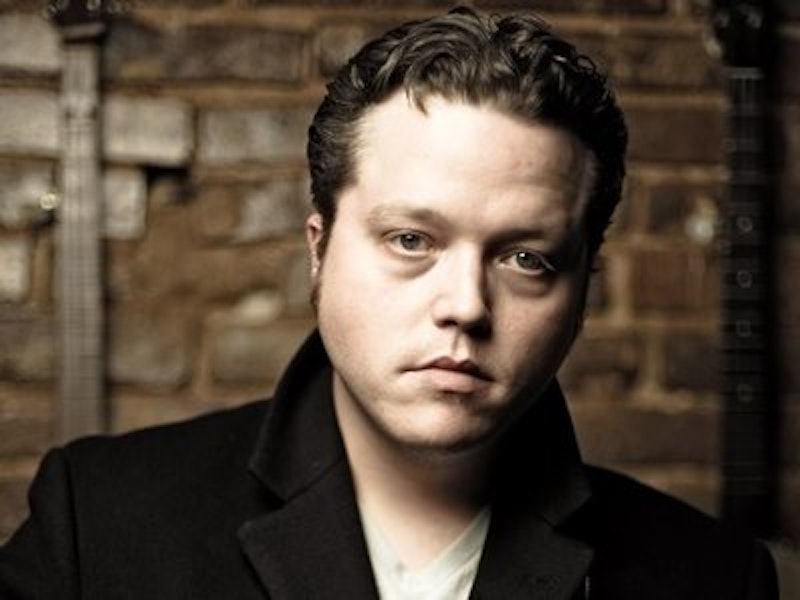 Or, at least, Jason Isbell is what a lot of people think of when they think of authentic not-pukey-slick radio country. Isbell's new album Something More Than Free was the number one country album when it was released a couple weeks ago and epitomizes a "more traditional type of country." More than what you get on the country stations that won't play Isbell no matter how many albums he sells. In a similar vein, oddball country musician (and Isbell friend) Todd Snider declared, with cheerfully hyperbolic enthusiasm, "Jason Isbell saved country music, in the year of our Lord, 2015, so let it be written, so let it be done."

You can certainly hear what Snider is talking about when you listen to Isbell's album. Grady Smith says at The Guardian, "There is no auto-tune here, no drum machines or handclaps, no repeated “Hey!” shouts over the chorus, and no other concessions made to the embarrassing trends of modern country radio." Instead, Isbell writes sparse, closely observed roots folk/rock. It's Bruce Springsteen, with a bit of twang.

Bruce Springsteen isn't exactly country though, and roots rock isn't exactly fiddle and pedal steel. Isbell doesn't have auto-tune like Florida Georgia Line, but he doesn't sound much like Jimmie Rodgers either. In fact, Isbell was not just #1 on the country charts with his album, he was number one on the folk and rock charts as well. Which raises the question, is Jason Isbell real country? Is there some kind of realer country we should be listening to instead?

Authenticity is always a moving target, and country especially has been obsessed with what is and is not true and authentic. As Richard A. Peterson chronicles in Creating Country Music, the gold standard was Hank Williams — which is to say, someone writing original pop tunes that referenced Appalachian music while wearing a cowboy hat. Jason Isbell isn't real like Hank Williams—but then, Hank Williams was kind of ersatz in his time as well.

Maybe, the question shouldn't be whether Isbell is real. Instead, the question is, what does Isbell make real? Country authenticity has always been used in the service of validating the experience of rural, often Southern, generally white working class people. Isbell's music seems like traditional country not because of its style, but because of its subject matter. "Sunday morning I'm too tired to go to church/but I thank God for the work," the narrator declares on "Something More Than Free."  In "Speed Trap Town," Isbell’s protagonist looks at his dad and sings "How long can they keep you in the ICU/veins through the skin like a faded tattoos." The songs chronicle small-town, rural working-class failure and occasional triumph. Current bro radio country presents life as an endless, mindless good-time party. Isbell's songs, in contrast, include sadness, hardship, and smaller-than-life details that affirm that the small and less glamorous exist, and deserve to take up space. Isbell's declaration, "I was sick, I was scared, I was socially impaired," isn't so far, after all, from Hank Williams' "I'm so lonesome I could cry."

That expansive impulse isn't new either. Bob Wills cheerfully covered Duke Ellington, Count Basie, and Woody Herman back in the 1940s; Emmylou Harris and Willie Nelson dreamily grabbed hold of drifty hippie folk in the 70s; and now Florida Georgia Line is collaborating with rappers. Bob Dylan is a real person, but so is Nelly. When Little Big Town throws in a whistle hook on "Day Drinking", they're not saying that rural people don't exist; they're saying that rural people maybe have nostalgia for Bangles gimmicks too.

That's not to say it's all good; Jason Isbell generally a lot better than Little Big Town—though not better than Bob Wills. But is Isbell more genuine? Or is his realness, instead, complementary? Rural working class people do have a separate experience, and a separate truth, from urban people of other classes — and at the same time, in some ways, they don't. Tradition is real, and so is being sick of the tradition, and wanting to listen to hip-hop. One's real, the other's real, but they're even more real together.