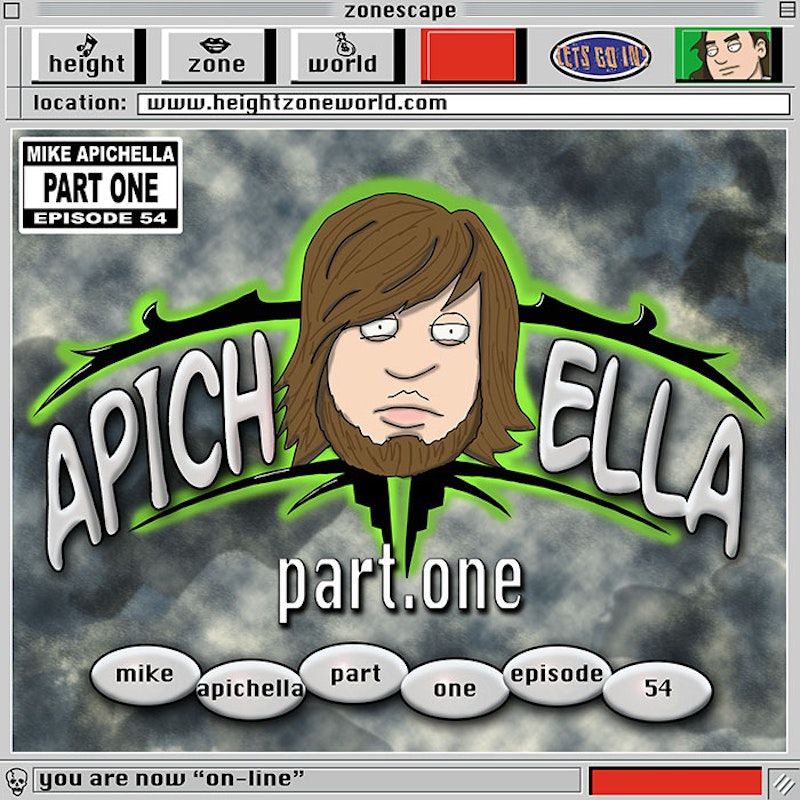 My guest this week is Mike Apichella. Mike is the main man behind the band Human Host. He’s spent the past few years creating Towson-Glen Arm Freakouts, an in-depth archive of the early 90s music and arts scene in north Baltimore County. He currently contributes to Splice Today (which also hosts this podcast). I’ve been a fan of his music since 1996, and I was (very briefly) a member of Human Host.

He talks about being inspired by the free-form radio of Towson University’s WCVT, and how that station turned him on to Sun Ra and 60’s punk bands like The One-Way Streets. He talks about his friends coming together to form the Towson-Glen Arm scene, and the people that helped mold it into a movement with long-lasting influence. He talks about the tragic death of his friend Dave Willemain, and how that eventually pushed him to make music and art as a life-long pursuit.

Mike Riley’s art this week is an homage to Trick Daddy’s www.thug.com.