The Lasting Legacy of New Order

These are the Mancunians that thoroughly embody the aesthetic of the decade. 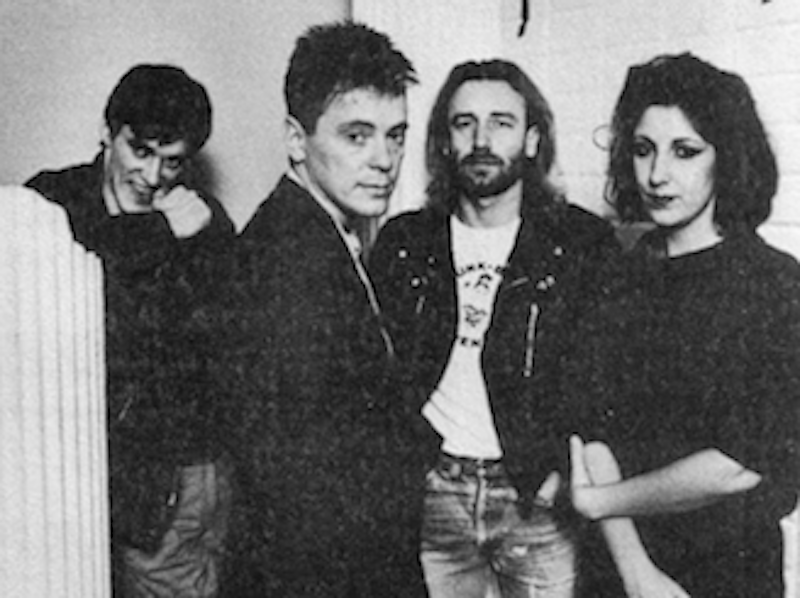 Splice Today publisher Russ Smith calls The Smiths the greatest band of the 1980s. I agree that The Smiths have a timeless sound, but New Order sounds like the 1980s in the same way that Memphis Group designs look like the 80s. These are the Mancunians that thoroughly embody the aesthetic of the decade.

The story of New Order begins with the story of another band. Beginning life as a Sex Pistols-inspired punk band called Warsaw, Joy Division quickly evolved into an innovative quartet of prescient artists. In a four-year career, they created a foundation for the gothic and industrial movements. With the machine-like drumming of Stephen Morris, the despondent lyrics of Ian Curtis, and shaped by the cacophonous production of Martin Hannett, it's been said that Joy Division sounded the way that Manchester looked: a cold, gray industrial wasteland. Guitarist Bernard Sumner once quipped that he never saw a tree until he was nine. After a handful of singles and two albums, Joy Division ended with Curtis' suicide in 1980.

New Order's new name and lineup were both suggested by longtime manager Rob Gretton. Morris and bassist Peter Hook remained, with the addition of Gillian Gilbert on keyboards and Sumner taking over vocals. The group's first release was the single, "Ceremony." The song and its B-side, "In a Lonely Place," were actually Joy Division compositions. The introduction to "Ceremony" begins with Hook's open-octave bassline pushed to the front, a rhythm instrument taking the lead. This unconventional bass was already used in Joy Division's "Transmission," and would become a distinctive part of the New Order sound.

Joy Division was more experimental with electronic music than is usually acknowledged. In the documentary, New Order Story, Sumner cites Curtis' fondness of Kraftwerk, saying, "The synthesizers came from Ian. Maybe he knew something, maybe he knew the way out." Continuing to work with Hannett, New Order released their first album, Movement, in 1981. Curtis' influence looms over the mood of the album, with "I.C.B." and "the Him" as tributes. Often described as a transitional album, band members would describe it as unfocused, and the album was savaged in the British press. Out of the Movement sessions came the stand-alone single "Temptation," which utilized an early digital editing system, becoming New Order's first 12-inch release. Warmly received by club-goers, "Temptation" was a shift with a sense of direction.

With "Blue Monday," New Order was finally able to get out from under the shadow of Joy Division. The song began as a way for the band to give themselves a break during concerts, briefly leaving the stage while a pre-programmed sequence played. The beat was inspired partly by trying to find ways for their newly-built sequencers to "talk" to each other, and also the drum break from Donna Summer's "Our Love." It also lifted a sample that's been referred to as the "choir chord" from Kraftwerk's "Uranium," a Gregorian-chant-like group vocal adding a layer of gothic grandeur. "Blue Monday" remains the best-selling 12-inch single in history, but it lost money because of its die-cut sleeve, designed to resemble a floppy disc. To make back some of their losses, New Order cut a deal with Sunkist to use a reworked version of the song in their soft drink ads.

The self-produced Power, Corruption, & Lies would be New Order's next breakthrough. After their first American tour, the group broadened their interests. If Joy Division was cold and gray, this was New Order emerging in Technicolor. Sumner had become a more self-assured singer, and Gilbert's keyboard presence was more pronounced, most notably on "Your Silent Face." The success of "Blue Monday" had freed them to play with a greater expanse of electronics, yet "Age of Consent" reminds us that they're still a great rock band. Power, Corruption, & Lies was New Order's first release after securing an American distribution deal through Quincy Jones' Qwest Records, and frequently shows up on lists of the greatest albums of the 1980s. The sleeve art has taken on a life of its own, getting its own Royal Mail stamp in 2010.

A large part of the New Order mystique has come from graphic designer Peter Saville, and their own knack for finding cutting edge video directors. The band rarely appears on their album art or videos, which makes their occasional presence achieve greater impact. Saville has suggested that this helped New Order's hipster cred, while Jones said the band was acting out of self-respect by creating boundaries for themselves. Their most notable video appearance is the Jonathan Demme-directed "Perfect Kiss." Looking like elegantly shot rehearsal footage, New Order plays live, and it might be the clearest window into their creative process.

For 1985's Low-Life, New Order made a more rock-oriented album that was rooted in the present. The highlander stomp of "Love Vigilantes" has more in common with the Alarm and Big Country than Joy Division, while "Sunrise" and "Elegia" are more akin to Brian Eno's ambiance. Continuing to self-produce, songs from Low-Life and 1986's Brotherhood were becoming more cinematic, and frequent favorites for movie soundtracks. Brotherhood's biggest single, "Bizarre Love Triangle," was a lasting hit that fit comfortably alongside the house, techno, and freestyle played in American clubs.

New Order ended the 1980s by fully embracing all the sounds clubland had to offer. Rave culture had taken off in Europe, and New Order was happy to oblige. Technique was made with the intention of having a more consistent sound throughout, to be danced to from beginning to end. Mostly written and recorded on Ibiza, references to guitar rock were largely eschewed in favor of Balearic beats. Ironically, an acoustic guitar break on "Run" sounded enough like "Leaving On a Jet Plane" for John Denver to successfully sue and acquire a songwriting credit.

Financial problems plagued New Order for much of their career. Factory Records founder, Tony Wilson, was a great promoter with big dreams of turning Manchester into a cultural mecca, but terrible at managing business. Royalties from Joy Division and New Order were used to subsidize the Haçienda nightclub and Dry bar, with money rolling out faster than it could roll in. The Haçienda is often credited as being the birthplace of rave, and the first superclub with its innovative decor. According to Hook, the Haçienda lost a total of £18 million during its 15-year existence. Factory's 1992 bankruptcy resulted in New Order taking full ownership of their masters and publishing, allowing them to negotiate a better deal with London Records, and Hook wound up owning the Haçienda name.

The lasting legacy of New Order isn't just that they pioneered a fusion of rock and electronic dance music. MTV made music more image-conscious than ever, and they went against the grain by turning their backs on conventional publicity. By taking punk's aesthetic of just picking up an instrument and playing, they maintained a childlike curiosity about the noise coming out of their machines. If The Smiths were professional musicians, New Order were talented amateurs stumbling into greatness through perseverance and luck. During a hiatus, Sumner worked on a side project with Smiths guitarist Johnny Marr called Electronic. In learning about Marr's more formal approach to playing, Sumner realized what made his band different: "In New Order, we did it the unorthodox way, more through instinct and inspiration."