The Fertility of the Woodshed

Bon Iver's story is now classic: alone in the woods with a cabin, an ax and a guitar. Out comes a gorgeous debut. Judging from his recent EP, the next album will be just as good. 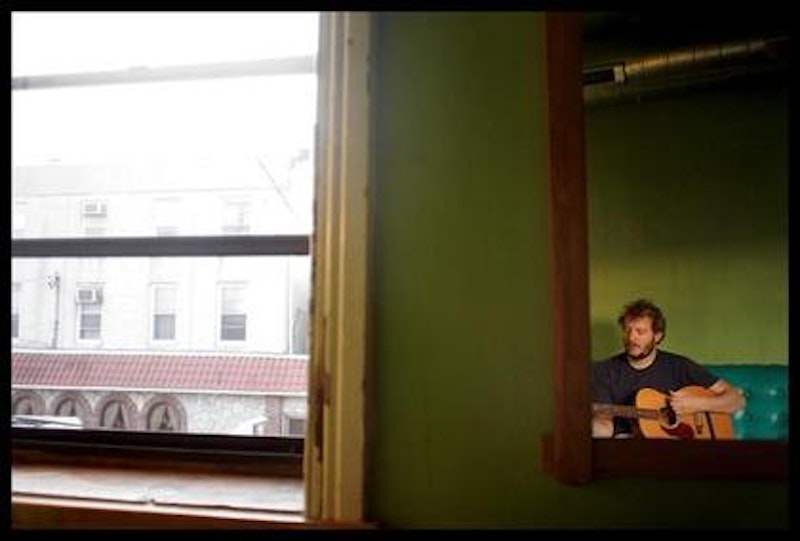 The story behind the recording of Bon Iver's debut album, For Emma Forever Ago—an album that made it on pretty much everyone's Best of 2008 lists—has achieved fairly legendary indie rock status: broken-hearted, his band disbanded, and having fallen ill, Justin Vernon takes to his father's cabin in the remote woods of Wisconsin to put his life back in order. A kind of 1960s-style return to the land—rest up, chop wood, all that. Without intending to, he starts writing and recording a handful of songs, songs that turned into For Emma, one of the most beautiful and impressive debuts in recent years. It's a great album; I'm sure you've heard it; no need to really labor the point.

There was, however, some legitimate concern that Vernon would be a kind of one-hit wonder. An amazing album that came out of such profound loss and disillusionment could, very easily, have an incredibly disappointing follow-up. The second album isn't out yet, and we don't have word on release dates, but at the end of January, Bon Iver released a 4-song EP called Blood Bank. The title track was meant to be on For Emma but was left off because Vernon couldn't make it fit in with the rest of the album. I'm not sure how out of place "Blood Bank" would have been on For Emma, but the three other songs that Vernon writes to fill out the EP certainly go a long way to assuring us that Bon Iver will be around for many years to come—and putting out a lot of good songs along the way. "Beach Baby" is a pretty straightforward, quiet acoustic guitar song with some brief pedal steel backing. "Babys" features an extended, almost George Winston-like droning piano intro and outro. "Woods" is the most interesting track here: nothing but Vernon (on autotune, of all fucking things) overdubbing his voice on multiple harmony tracks, endlessly repeating the lines "I'm up in the woods / I'm down on my mind / I'm building a still / To slow down the time," which builds to a gorgeous layering of, at least, six tracks. I'd say it's reminiscent of Imogen Heap if that weren't really just an insult to Bon Iver. Anticipation builds for the second album.