The Dance Will Show the Way 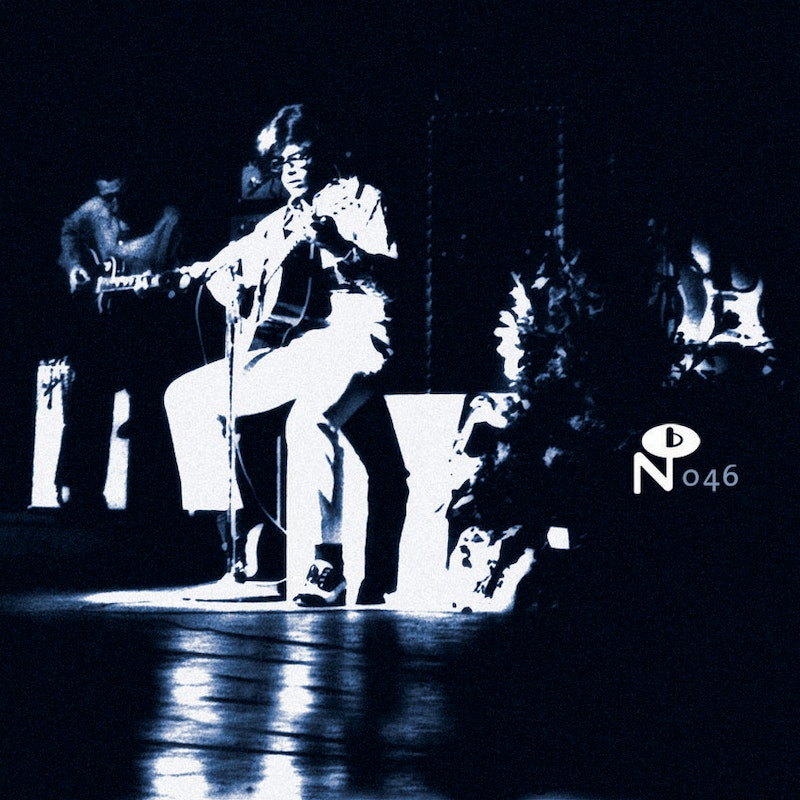 In the 1970s, Nicaragua was likely the most confusing place in all of Central America. It makes sense then for a record as sophisticated and conceptually deep fried as La Gigantona to have emerged from such a haywire socio-political milieu. One part Latin hippie rock, one part electro-funk blueprint, all 70s prog ambition, Nicaraguan music legend Alfonso Lovo's work stands in a class all its own when compared to any other Latin music record from the psychedelic era. A combination of the album's aggressively non-commercial approach and the revolutionary tumult that gripped 70s Nicaragua forced Lovo's magnum opus to remain unreleased for nearly 40 years until a lone acetate copy of the shelved 1976 album was recently discovered in southern California by the vintage music reissue giant Numero Group. (It’ll be available on Sept. 25.)

Before striking out on his own, Alfonso Lovo Blandon, the son of Nicaraguan secretary of agriculture Alfonso Lovo Cordero, cut his musical teeth on a wide variety of 60s pop styles with groups throughout the Americas and beyond, but it wasn't until he met up with percussionist Jose "Chepito" Areas that he really managed to find his own distinct voice. Lovo met Areas while the two were still studying music in high school and they were assigned to play a half-time show together at a school basketball game. A few years later Areas' percussive prowess would take him to massive heights of popularity as the timbale player in the famous Latin psych-rock band led by Carlos Santana. Areas went on to appear in the Woodstock concert film and on numerous Santana albums, and eventually returned to his home with Santana to play a 1973 benefit concert in Managua for Nicaraguan earthquake victims.

It was during a backstage visit to that gig that Lovo convinced his old high school pal to help him create an ambitious new album at a state-of-the-art recording studio in Managua that was run by the Somoza political dynasty. With a cushy day job overseeing his well-connected family's various businesses, Lovo's spare night hours were controlled by this wild new musical project. The inspirations for the music included his own violent confrontations with Sandinista guerillas, the devastation of the recent earthquake, and the ritualistic street fest known as La Gigantona. In extensive album notes, Jon Kirby describes the strange event for which this album is named: "In an annual street festival, a nine-foot wooden doll lady, representing the power and elegance of Spanish conquistadors, stands in for historical Nicaragua’s perverse affection for their exotic colonizers..." The exaggerated mascot-like appearance of La Gigantona is a perfect symbol of both Nicaragua’s perseverance in the face of Spanish oppression and the colorful music of Alfonso Lovo.

La Gigantona starts with a heartfelt tribute to legendary Spanish guitarist Andres Segovia, followed by a trio of sublime Latin fusion numbers which progressively become spazzier and more complex, hinting at the unbridled musical madness to come with shimmering delay effects and bubbly electronic textures complimenting standard pop and funk elements of structure. The lysergic apex of the album is “Sinfonia Del Espacio En Do Men,” a percussive blitz of synthesized shred that sounds as if it were unleashed in the middle of an earthquake as a desperate musician's last sonic will and testament. The title track and “Firebird Feathers” both unfold in the same frantic mode, with the former owing its shattered ambience less to annihilated Moog noodling and more to the demonic guitar work of former Rockets axe wrangler Rene Dominguez.

In the end, Lovo's trail-blazing mind-fry takes Nicaraguan pop to the edge and throws it off of a cliff just to bring it right back up from the depths: after a barrage of psycho-sonic miasma the final track on La Gigantona offers solace to sentimental Nicaraguans yearning for a simpler time with the humble sounds of the brief traditional percussion jam called “Rio San Juan Drums,” a perfect come-down for what may be the most pleasantly apocalyptic Latin music trip ever committed to tape.