The Beautiful Echoes of the Dying Sock Hop 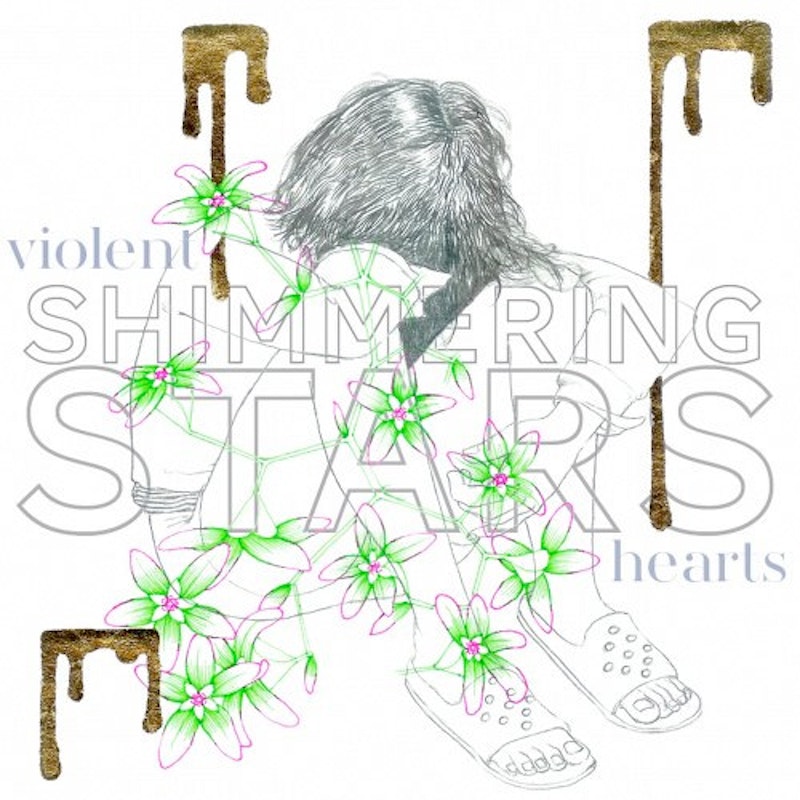 Much of my favorite music sounds like ghosts recorded it. Or by people who have surreptitiously snuck up to bands of ghosts they’ve found jamming in abandoned ice cream factories or high schools, captured their music, and escaped with an album’s worth of amazing material before the icy stares of the undead absorb bits of their souls.

Shimmering Stars is a breath away from being a perfect anachronism. A casual observer would not be able to easily distinguish them from a 1950s doo wop boy band, tuned in from some radio station that only exists between towns on a long drive South. They weave an album’s worth of songs which are a minute or two apiece, all simple and passionate in melody. Their sound is buried under inches of thick, blurry echoes, like watching someone move behind a pane of glass that has liquefied with age. You know where the head and arms are, and how they move, and you can interpolate what everything should be, but the distinct alien-ness of the experience stays with you. Still, something about this album drops it out of sync with its long-dead genre.

Violent Hearts is really a perfect pseudo-doo wop album, performed by a handful of reverberating, faceless voices which are indistinguishable from one another, and coming from somewhere far away—but there are minute, impossibly subtle elements that tear it out of 1950s America and plant it in some timeline which never existed, wherein the music of America stopped developing 60 years ago. The drummer bangs his drums with a little less poise, and a little more rage, then would be acceptable at the sock hop. Lyrics slither out from the warm, bright music that are about killing everyone on the street, or using words like “antipathy,” even though the themes of teenage alienation are perfectly matched to the genre. As songs progress, they build up pressure: guitars are strummed harder and screech through the blanket of fuzz, voices evolve from friendly creatures into wailing, regretful beasts. It’s everything that a modern ear might think was missing from classic doo wop, and it fits with amazing appropriateness. Like it was missing all along, throughout time, and has finally found its way home. The saccharine portion of the genre has been eviscerated, improved, and stitched back. And it’s badass.

The last yellow-warm pulses of summer are giving up, and autumn is crawling out from the wet dirt. This is the music: a final concert in the sun before the leaves turn red, and evenings of laying on the hood of your car and watching the stars, are all over. That night where you saw more fireflies than you ever thought possible will never happen again, and the sandcastles you built are miles out to sea. Violent Hearts is an amazingly cathartic farewell to the deep, deep freedom of those summer months, and something to keep the circulation going as the ground begins to freeze. It’s an incredible, raw effort from a trio of musicians who sing nothing but the truth.