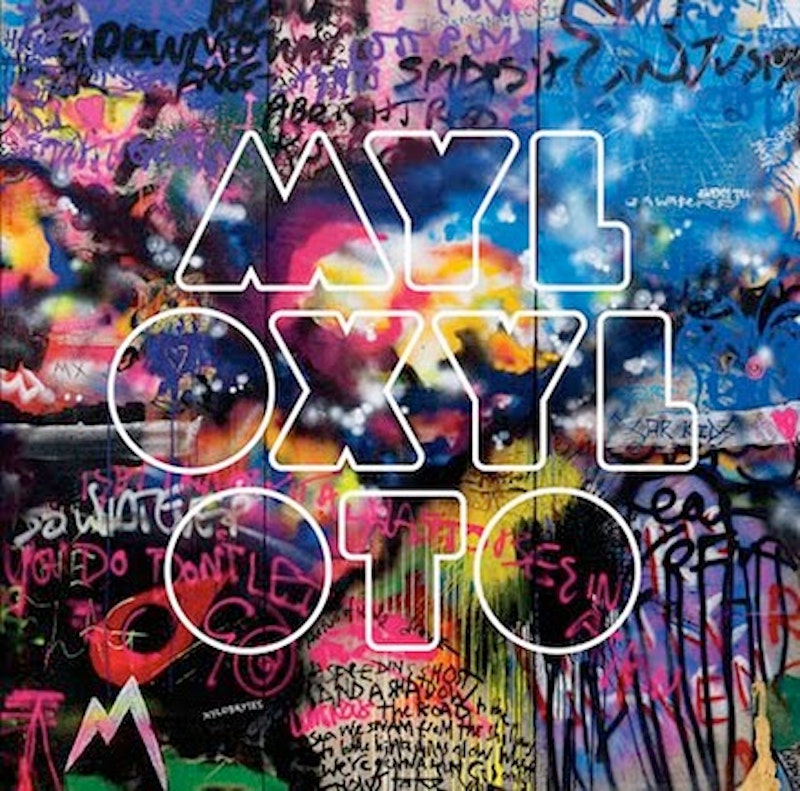 Let’s not shit ourselves: singles are advance teasers for complete albums to come—sometimes years after the fact—the baubles buried in the Cracker Jack boxes. But my slow-building ardor for Coldplay’s forthcoming Mylo Xyloto has little to do with the live versions of singles and deep cuts racking up insane views on YouTube, Chris Martin hurling himself across massive stages all over the world as if attempting to awkwardly pirouette away a manic episode.

Don’t get me wrong; they’re really lovely, quintessentially Coldplay rock songs, and the studied lack of cool this British quartet has made a career out of is somehow winning me over, probably because I’m pretty much overwhelmed and anxiety-ridden all the time. So it’s like comfort guitar pop. Neon Dad-rock? Sure, whatever: rootsy Eno-Svengali’d un-hip as pre-2012 anesthetizing stabilizer, or something.

It’s all so wonderfully, boringly textured and luscious, isn’t it—in stark, almost ironic contrast to the cover art, which is a gratuitous cluster-fuck of Sharpie’d dorm-room-wall-as-diary scribble and Lower East Side graffiti-tag freak-out. Have you seen this cover? You should look at it for a couple minutes. It’s something. It’s as if a tripping hard-core acid casualty accidentally scarfed down a Sherwin Williams paint sample catalogue, mistaking it for the mother of all tabs of acid, then threw it all up—projectile-vomiting, ala The Exorcist, on an unsuspecting and frankly doomed gallery wall—and then someone took a Polaroid of the puke and U2 decided to make it their sleeve art.

You know? It’s all just so messy and unfathomable and enigmatically papier-mâché , so mashed, the sick purple gulches and sprayed-on pink loops, the alien-invasion/stadium-light saturation blues, the yellow paint balls burst, something like flowers of light blooming in the center. And the lettering is frustrating, so familiar in that it’s English yet maddeningly illegible enough that the attempts, singular or otherwise, at self-expression become significantly more artistic than literary or even, like, confessional.

And yet at the same time it just feels confessional, a focal point for emotions and sentiments and states of being too extreme to define in any other way, a portal into disorder, into social decay, into disruption, but maybe also into something somehow beyond the reach expression, beyond pleasure or pain. It’s an eye-ravaging question mark, and I won’t front: it’s why I’m buying this album, knowing full well that the album will probably sound nothing like the cover.