What would happen if Wavves actually tried? 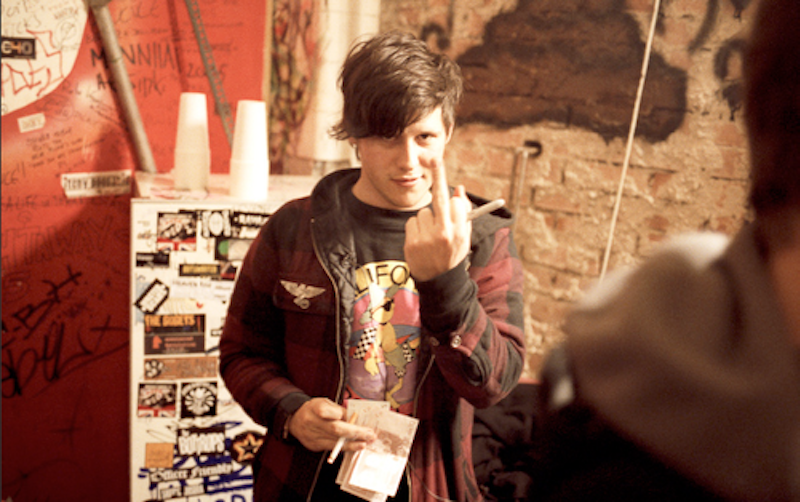 In Utero, Insomniac, Mellon Collie and the Infinite Sadness… albums full of misanthropy, hate, and narcissistic self-loathing. Nathan Williams has name-checked all three in the past and his band Wavves is essentially a diluted version of early 1990s rock: Don’t care, Going nowhere, Fuck the world and Fuck me. Williams has all the bile and boredom of Cobain and Billie Joe, but time and again he proves he has no ambition or motivation to aspire beyond shallow, poppy imitation. Life Sux, the new Wavves EP courtesy of Williams’ vanity label Ghost Ramp, is bad, bad, bad—musically stunted and ruining the reputation of the misanthrope.

The thing is I like a lot of Williams’ songs—King of the Beach was uneven but had a handful of songs that rose above garage-band level imitation (“Super Soaker”). I liked that Williams could completely sabotage himself in the eyes of the self-serious and castrated Pitchfork cadre, and then come back a year later with a new shiny sound and have them licking his shoes again. I love his bratty, self-loathing, and self-centered attitude in an era of overly nice, polite, professional, and boring indie rock stars. But it’s hard to root for a guy that was lucky to get famous and isn’t even trying. Life Sux is full of shallow, hare-brained, simple, repetitive, and monotonous beach grunge that functions better as a parody of indie rock in 2011 than enjoyable music. Williams shows zero progression in his songwriting, churning out the same tired Cobain riffs and bitter lyrics he has since 2008, and with Mountain Dew money for real studios and radio-friendly production, he just kind of sounds like a prick.

Corgan, Cobain, and Armstrong, no doubt three of Williams’ biggest influences, focused their apathy and hate into powerful, emotional works that challenged the casual fan more than they coddled, and across the board their songwriting was nothing but quality—unique, distinctive, and new. Life Sux literally sounds like the CD that comes with Guitar for Dummies: stale 4/4 riffs that lack any kind of inspiration or meaning beyond paying for a new bong and the PlayStation bill.

I want Wavves to do well because we need more realism and pessimism in pop again, not escapism, but Williams is too drawn to the beach and living like Garfield to try to dare for a little more. Maybe it’s just jealousy mixed up with a violent mind, but I’d love to see what would happen if Williams knocks off within the next few years. No way he’d have the guts to shoot himself though, it’d have to be something dumb like choking on vomit or carbon monoxide poisoning. I don’t want that to happen if Williams ever lives up to his promise, but if it’s all downhill from here, I’ll be the first to spit on his grave. Dude can’t just sit around stoned reaping the fruits of his shitty labor and get away with it.