The Ambience of Pop, The Pop of Ambience

The underground aesthetic for people too bland for pop. 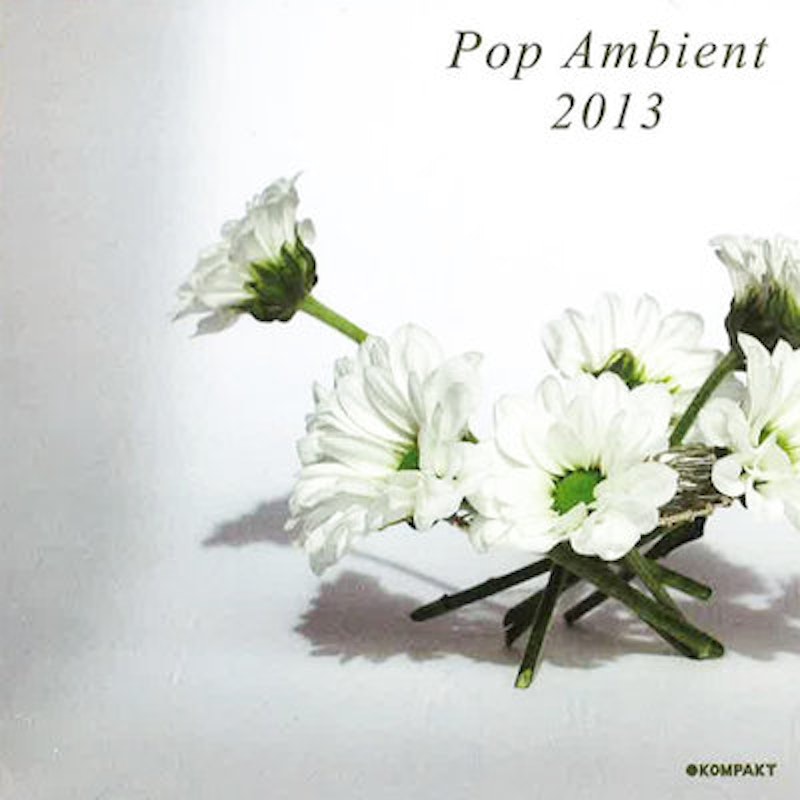 And then there's ambient music, the underground aesthetic for people too bland for pop.

In this sense, Pop Ambient 2013 seems to be a redundancy. What is ambient, after all, but pop ludicrously robbed of the edge it didn't possess in the first place? No surprise, then, that the final track of this comp is a thoroughly faithful cover by Terrapin of iconic 70s dinosaur Pink Floyd's "Cirrus Minor." The only tinkering with the tune, really, is that compared to the original, the vocal is even more languid, the music even less urgent, as if the band has gone to Pink Floyd's spacey forest landscape and, with hazy deliberateness, upended an additional strawberry-colored barrel of treacle upon the unsuspecting willow.

"Cirrus Minor" is somewhat aberrant, though, in that, thanks largely to having lyrics, it coalesces as a song. Most of the rest of the comp just drifts and dozes, a rippling bright-dappled dream by which to watch the wallpaper set. "Cuando El Sol Grita La Mañana" by Leando Fresco has a Sigur Ros feel; cameras panning over fjords as keyboards plink and cluck and wash. "Sully" by Michael Mayer is more of the same, only this time someone left the television on between channels in a distant room and the feedback churns on quietly, the blank fizzing of the screen intertwining with the blank fizzing of nature appreciation. "Ambianopolis" by Anton Kubikov is (again) similarly synced for sedated cyborgs. The opening sounds like waves on a beach or a boiler churning; the point, presumably, is that it doesn't really matter whether you're at the beach or in a school basement when the electronics bloop, as long as you've got your medication right. Mikkel Metal's "Recombination," on the other hand, is more brooding than most of the tracks, with occasional scraping sounds thrown in to let you know that the dark hordes are rising. Sauron, or someone like him, also shows up in Marsen Jules' "Point of No Return," in the form of scrap metal dropped (though not too loudly) from a height, while the little Shire-folk smoke their pipes and play their sad, elven laptops in their holes under the hill.

My favorite track is probably Triola's "Jean Vigo," which sounds just about the same as every other one, except that there's a repeated rising, Vangelis-like inspirational quasi-melody which functions as a hook. It's the song that strays closest to Enya or shoegaze, or any of those other dollops of sugary pop so swaddled in ingratiating layers of sweetness that they start to flatten and fray, the efficient sucrose-delivery systems absently and giddily digesting itself. After four minutes, the song fades out into an echoey off-beat, the almost-hook turning more hook-like as it breaks up, leaving in your brain a nagging pop signature, like the line from an Abba song you can't quite remember.

That's the thing about ambient music, perhaps in general, but certainly on this comp in particular. It's not so much anti-pop as the ghost of pop, the comforting, crystal patina an evaporating pop leaves behind. Imagine a pop song so unadventurous it doesn't try for soul; so dedicated to soothing that it eschews sex; so eager to escape authenticity that it practically effervesces. Imagine all that, and what you end up with is this comp; pop music so taken with its anti-avant-garde predilections that it practically flutters into something that, with a bit of a squint, starts to look like art.