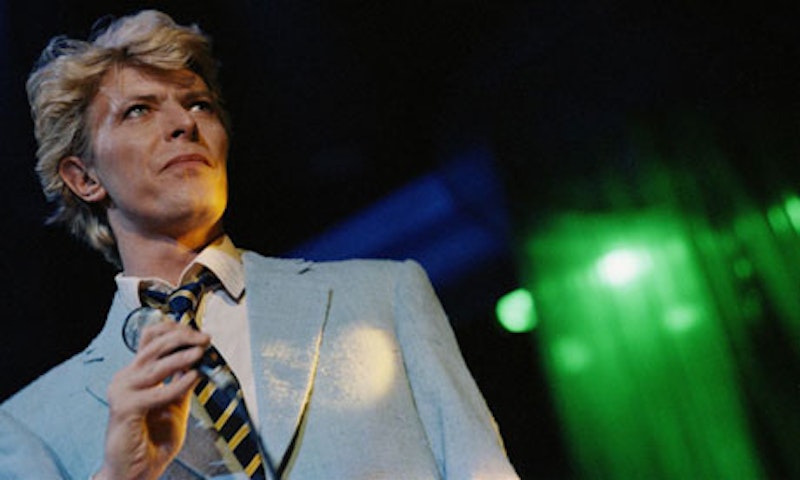 Never read the book; sat through the film adaptation when I was in college. Wanted my money back, even though it was a free screening. Farewell My Concubine the musical endeavor, fortunately, is nothing like the film: it isn't pillowy or powdered or gender-confused or interminable. If I had to assign an adjective to this project, I'd go with "seedy." Because I came across this group via my occasional dumpster dives into Angels In America's hyperactive Twitter feed—something I force myself to do every couple weeks or months because Angels In America do incredible no-fi, dragged-razor goth and, sadly, haven't released a note of music since 2011—my assumption is that this is an Angels In America-associated project, and as such (if I'm right) makes for a worthy enough substitute.

Dourly arranged keyboard scales, judiciously deployed synth effects, nightmare skid-row poetry equally caustic and compelling: "American" lives down to its title, down into a sewer drain below a layer cake of clutter and clouds. "Life of fortune, life of sin/Stone caught in a crowd, stuff 'em out, gutter vision," the singer insists with a relaxed conviction that comes across as received truth, flashing the raspy, pack-a-day growl that marks an ex-hardcore howler. There's something almost narcotic and hermetically religious about the admixture of murk and mumble here; it presents itself as a cross between an unsolvable riddle one feels duty-bound to try to answer and a commentary on a culture well along the path to full-scale intelligibility. "Afterbirth" is rhymed with "Federal turf," and somehow this doesn't scan as any sort of rebuke. "American" sounds like it was conceived after long period staring into pitch darkness and candle flames; it feels like a portent of something unspeakable.

Breaking up isn't as hard to do as picking yourself up when the break-up's a done deal and asking the hardest of questions: "What now?" When Yellow Swans split in 2008, Pete Swanson embraced whirlwind synth-beat firework slinging more or less immediately, but it took Gabriel Saloman a while to work out how he wanted to manage his solo musical portfolio.

Adhere suggests that Saloman is after a more introspective, terrestrial sound, and "3 (Adhere, Pt. 3)" is a cross between orchestral warm-ups reverberated to infinity, music concrete, and dark ambient. The resulting dissonance—and there is a lot of it—can be massively disorienting, because each element is put forth as strong and demanding: the seethe of sustained distortion, the stolid bass drum beat, the nattering gull-flock of string flurries multiplied madly, the clobbering bass hedgerow unending all the rest. But when Saloman pulls back, subtracting key elements and re-opening the sonic space to allow silence to colonize it, the absences are nothing short of profound.

David Bowie, "Where Are We Now?"

I used to be besties with someone who worshipped, unreservedly, at the peacocked altar of David Bowie. She'd close her eyes and shudder in ecstasy whenever his name came up, and spoke rapturously about, I guess, catching the Heathen/Reality tour or whatever it was. Color me incurious, but I never could muster much interest. It was all a bunch of make-up and costumes and hair dye as far as I could tell. That shit was stupid and fake. Indie-rock was real, you know? Feigning interest seemed appropriate when Trent Reznor cropped up in the "I'm Afraid of Americans" video and when Bowie and Reznor did all those "Hurt" duets. Resistance was futile when "Cat People" scorched during a key Inglourious Basterds scene, but "Space Oddity" as car commercial music was incapable of moving me to score on iTunes.

All of this is offered to underscore the fact that "Where Are We Now?" is simply incapable of raising any hackles or setting off any lame-stain klaxons or just triggering a nostalgia reflex in me because I've got nothing invested in the man. Unlike, say, Howard Stern (who is a huge, professed Bowie fan), I don't know what the fifth song on Bowie's tenth album was, or what the depths of his relationship with Lou Reed were, or what the guy sees in Iman, or why, exactly, guise-hopping has been such an essential part of his performance mystique, and I don't care what the answer to any of these questions is. All I know is that I love "Where Are We Now?" thoroughly and unequivocally, and that's enough.

Bowie picked the right month to release "Now." It's a weary, weathered ballad where everything feels heavy and labored: the vocals slug along under an aircraft carrier of lived-in regret, string-section swells seem on the verge of disintegration, mid-surge, guitar chords wander fore in a champagne daze. There's a real effort to every note and utterance, and a very real sense of terror twilight rushing forward in stupefying slow-motion to swallow and annihilate everything whole: the elderly walking through parks strewn with autumn leaves, besieged by ghosts real and imagined, unconvinced of their own continued mortality and unable to forcefully or successfully argue for or against it. Maybe that's what beguiles, here: the blessed uncertainty that reigns, that resonates, that rubs off. And none of us dare pity anyone wandering in the fog of dotage, or drifting into it: we'll be in it, all of us, sooner than we're ready to be.